Joe Rogan blasts mainstream media: 'This is cult sh*t. We're in a cult. This information is not based on reality'

Joe Rogan spoke out against mainstream media on Timcast IRL, saying "This is a left wing cult. They're pumping stuff out and then they're confirming this belief." 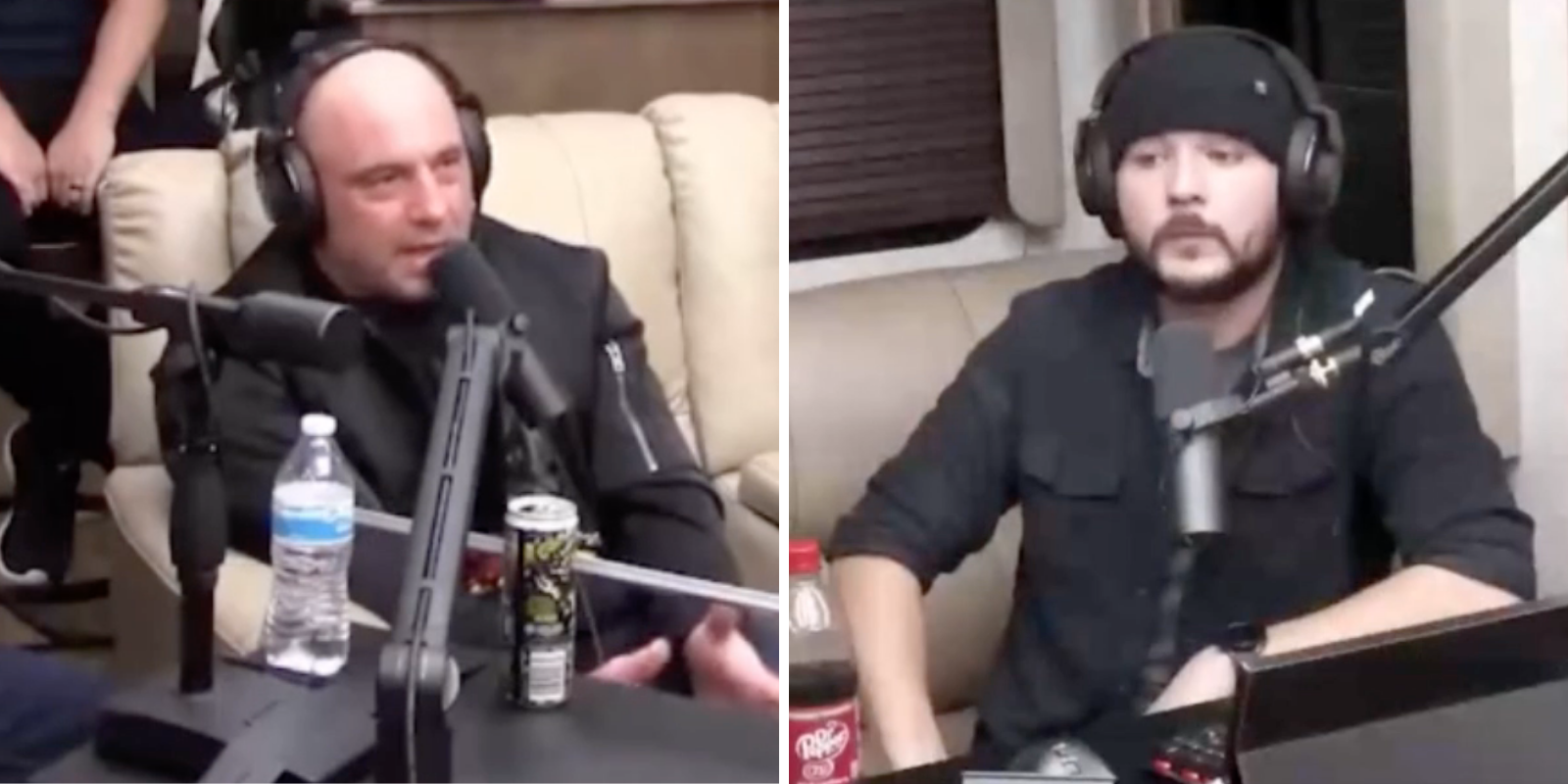 Timcast IRL was full of special guests on Tuesday, as Tim Pool hosted Michael Malice, Alex Jones, Blair White, Drew Hernandez, and the iconic Joe Rogan. Each of these guests has been vilified by a mainstream media that seeks to discredit anyone, any story, and any idea that doesn't support their progressive narrative. Rogan stated his belief that the progressive left is something more than a political wing, but a cult.

"Bro, this is cult sh*t. We're in a cult," Rogan said. "This information is not based on reality, this is a left wing cult."

Drew Hernandez, who testified during the trial of Kyle Rittenhouse about what he witnessed during the Kenosha riots in August 2020, spoke about the propaganda that emerges from mainstream media.

"What people need to understand is," Hernandez said, "this propaganda so dangerous not because they're just telling lies, but they're attempting to control the narrative which is an attempt to control your mind. And that's what's dangerous. Whether you're Republican or Democrat, that should seriously concern you because this is what they do to control the minds of millions of people. And it's allowed on a daily basis. And it's like, why don't—it's encouraged—Why don't people take issue with this that people are trying to control your mind?"

"It's so sad," White chimed in, "because I don't know any progressives—I know a lot of progressives and not one of them knows that one of the victims of Kyle was a pedophile. They all think it wasn't innocent, black, BLM protestor—"

"He raped the kid," Malice noted, making a distinction between a pedophile who is a sex offender and one who has an attraction but doesn't act on it, so called minor attracted persons. "It's not like he had an attraction."

"Five kids," White clarified, "five kids and he was an underage boy during this, you know, battle with him. So it's messes with people so badly. I know so many people that have no information about the case but have an opinion completely made up."

The case of Kyle Rittenhouse has been on many people's minds this week, and the guests on Timcast knew well the charges against those that Rittenhouse is accused of murdering in the first-degree, including domestic abuse. DUIs, felony burglary, carrying firearms while intoxicated, prowling, trespassing, and other charges round out the rap sheets of the men, all of whom were white, Rittenhouse shot on the night of August 25, 2020.

"Bro, this is cult sh*t. We're in a cult," Rogan said. "This information is not based on reality, this is a left wing cult. They're pumping stuff out and then they're confirming this belief. They're all getting together, they're ignoring contrary evidence. They're ignoring any narrative that challenges their belief about what happened, and they're not looking at it realistically. They're only looking at you if you're a f*cking cult."

They tracked through the handling of Covid, which continues to be so politicized, especially as regards vaccines and treatments for the illness, as well as the lackluster conservatives who try, and fail, to mount any actual opposition to the progressive "cult," or make any real stand.