Video games and music are not to blame for mass violence

With Trump and Biden blaming video games, and progressives and Christians blaming each other, we are at great risk of a major moral panic happening again. 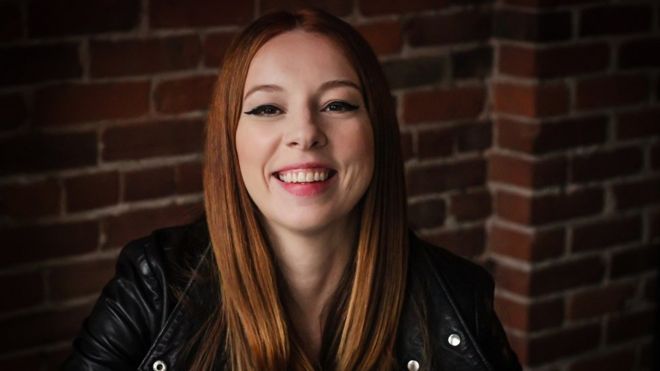 The 80s and 90s are back as people in power try to blame heavy metal and video games for mass violence. This time, the stakes have never been higher. Both the American President and the Democratic frontrunner have spoken out on the recent gun violence in America, and each have offered up video games as a reason for the derangement and radicalization of the terrorist in El Paso. The Dayton shooter’s actions have been ascribed to hardcore music. Despite a desire and a need to localize blame, these incriminations are misplaced.

It’s not surprising that both Donald Trump and Joe Biden would come to the conclusion that video games are at fault for violence. This idea has been moving toward the forefront of the “reasons why” for a few years. After the 2012 massacre of children in Newtown, CT, NRA president Wayne LaPeirre vilified the gaming industry, calling out the shooters penchant for games like Call of Duty.

During the Gamergate controversy, hucksters like Anita Sarkesian tried to rid video games of “sexist tropes” and violence under the guise of progressive criticism—a “won’t somebody please think of the children” style rhetoric that mirrored the most insufferable church ladies imaginable. As Christopher Ferguson noted in Areo, Sarkeesian’s project is “at times indoctrinating participants into a particular ideological worldview based on a theory of cultivation that is, at best, controversial.” Science refuted this activism.

Studies show that there is no causation between video game violence and the real thing. In Japan, for example, gaming culture is pervasive, but it is primarily a peaceful nation. While mass shootings are visible and horrifying, violent crime among young people is down from the 1990s. Violent video gameplay is not localized to the US. Gaming is a worldwide pursuit. Yet leaders in the US look to blame gaming because they have no idea what else to do.

Panic over what causes young men to commit acts of violence has again led high-level politicians, pundits, and outragists to decry video games and heavy metal music. This isn’t the first time politicians and leaders have had no idea what to do about disaffected youth and their violent manifestations.

Way back in the 80s, when metal was heavy, rap was nasty, and both genres talked trash about women, politicians called out music as the cause of young men’s violence. Pop entertainment was blamed along with Satan worship and the general nihilism of Cold War America.

The Satanic Panic that fueled the moral outrage culture of the 80s and 90s put hundreds of innocent people in jail and tore apart families. It was the result of the unlikely marriage of Democratic activists like Tipper Gore and right-wing bible-thumpers like the Reverend James C. Dobson in a concerted effort to sanitize our culture.

These days, progressive activists and journalists are just as censorious and politically correct as the Tipper Gores of yesteryear, and the cultural landscape is fertile ground for another harvest of panic. It’s out of this ground that people like Ohio Rep. Candice Keller sprout, with claims that drag queens, marijuana, gay marriage, open borders, and of course video games caused the Dayton massacre.

Vice and BuzzFeed point to the Dayton shooter’s quite unpleasant musical tastes:

As the background of the Dayton shooter emerges, the community of hardcore musicians that he was part of has begun to speak out. They are horrified by the gunman’s actions. While the lyrics, sound, and cover art of the music they create and consume would be distasteful to many who aren’t in the scene, the Dayton shooter is the only one of their group who has taken up arms against innocents. As unappealing as the self-expression of these men is, it is not to blame for the violence of the Dayton shooter. In fact, they disavow it and him.

The El Paso terrorist did not kill people because of video games and the Dayton shooter did not kill people because of heavy metal, just like the Columbine shooters did not kill because of Marilyn Manson. The scapegoating of art and culture is not only unproductive, it’s dangerous. If society as a whole starts to truly believe this nonsense, our lives will become consumed with flavourless, moralistic imperatives. These results are glimpsed in the compelled speech of social justice warriors and the bland talking points of religious zealots.

When we conform to speech and behaviour codes, we lose our liberty and creativity. The answer to cultural problems is never to eliminate or make our culture antiseptic. People want there to be reasons that have quick solutions, and that’s why there’s a rush to blame something, anything, for what appears to be a preventable tragedy. That’s a forgivable impulse, but declaring that certain types of music of games should be off-limits would both be ineffective at preventing mass murder, and make those things even more attractive to disaffected youth.

So, with Trump and Biden blaming video games, and progressives and Christians blaming each other, we are at great risk of this happening again. Art and entertainment are not to blame for mass murder. They burned comic books in the 50s, records in the 60s, drugs and drug paraphernalia in the 70s, cassette tapes in the 80s, video games in the nineties, and now they just want to burn everything. Don’t believe it. We can’t let it happen.