The Democratic delegate's bill would expand the state's definition of child abuse and neglect to include parents not "affirming" their children's "gender identity." 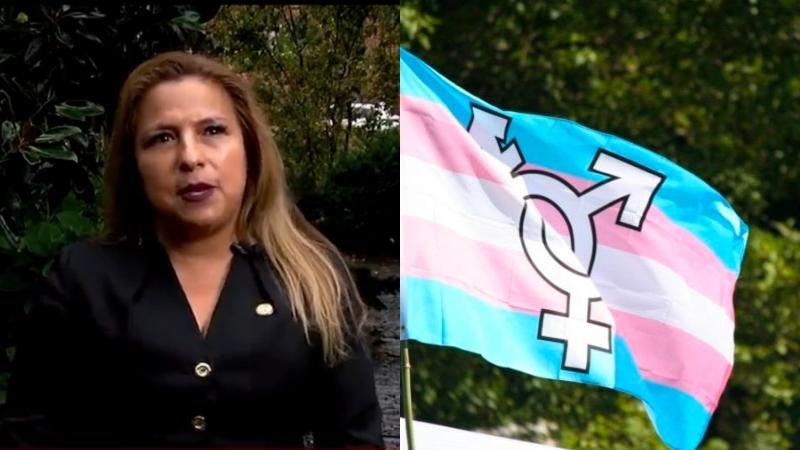 A Democratic Virginia lawmaker has announced new legislation that would give the state the ability to investigate and prosecute parents who refuse to affirm their child's "gender identity."

On Sept. 16, Republican Gov. Glenn Youngkin reversed the state's school policies which allowed for children's gender transitions to be hidden from parents and for students to be placed in sex-segregated environments based on how they identify, instead of their biology.


Just a month later, progressive delegate Elizabeth Guzman announced that she would introduce a bill that would hold parents criminally liable for refusing to treat their children as the opposite sex if they identify as such.

"The day that Governor Youngkin wanted to implement this policy, I immediately texted the policy lead of that committee and said, this is how we're going to push back," Guzman told ABC7News of her bill on Thursday, which she says she will introduce at Virginia's upcoming legislative session in Richmond.

The Democratic delegate's bill would expand the state's definition of child abuse and neglect to include parents not "affirming" their children's "gender identity." According to Guzman, this is reason enough to not only conduct a Child Protective Services (CPS) investigation, but also a police investigation.

"Gender identity is your deeply-held inner feelings of whether you’re female or male, both, or neither. Your gender identity isn’t seen by others," says Alberta's health department. "Gender identity may be the same as the sex you were assigned at birth (cisgender) or not (transgender)."

"If the child shares with those mandated reporters, what they are going through, we are talking about not only physical abuse or mental abuse, what the job of that mandated reporter is to inform Child Protective Services," Guzman said. "And then that's how everybody gets involved. There's also an investigation in place that is not only from a social worker but there's also a police investigation before we make the decision that there is going to be a CPS charge."

Guzman threatened that these investigations could lead to parents catching felony charges, and could "harm your employment."

"What could the penalties be if the investigation concludes that a parent is not affirming of their LGBTQ child? What could the consequences be?" the ABC7News reporter asked Guzman.

"Well, we first have to complete an investigation," Guzman answered. "It could be a felony, it could be a misdemeanor, but we know that CPS charge could harm your employment, could harm their education, because nowadays many people do a CPS database search before offering employment."

When asked if the potential legislation would be "criminalizing parents," Guzman denied that it could.

"No, it's not. It's educating parents because the law tells you the do's and don'ts," Guzman said. "So this law is telling you do not abuse your children because they are LGBTQ."

The reporter than asked if the bill would infringe on the rights to freedom of speech and freedom of religion.

"I've been asked that question by knocking on doors," Guzman said. "The Bible says to accept everyone for who they are. So that's what I tell them when they asked me that question, and that's what I will continue to tell people."

According to Guzman, no parents have stood up against her bill.

"I think that it's extremely important that we show that as a community we are ready to accept each other for who they are and whom they love," Guzman said. "And this is not a bill that will agitate parents because we haven't seen any parents to come against it."

Guzman's remarks come after a campaign surrogate Virginia Democrat State Rep. Abigail Spanberger said authorities should look into taking children from parents who do not affirm their child's gender identity.

The statements were made at an Oct. 4 school board meeting in Prince William County (PWC), Virginia, when an individual questioned Democrat PWC Supervisor Kenny Boddye about a recent announcement by the group Pride Liberation Project about wanting to establish "affirming households."

The surrogate for Spanberger, who is a candidate in one of the most competitive swing district races in the country, was asked if he thought it was warranted to remove a child from a household if the parents were not affirming their child's gender identity. In his response, he appears to liken a parent using the name they chose for their child to being "downright abusive."

"That's a good question. And I think that there's a gradient there," Boddye responded. "It's obviously best when parents are affirming their kids. That's what I believe in. I affirm my kids every single day. But there's a big gradient between affirming your kids, not affirming your kids and being downright abusive and unwelcoming and intolerant and deadnaming your kid and what have you. I think that, like in any situation, there needs to be due diligence of what's going on in the home. I would love it if every parent affirmed their kid, but I think there's a difference between affirming their kid, and neglect and abuse. If neglect and abuse and you know, emotional abuse is happening as a result of that lack of affirming, then there's a situation that I think really needs to be looked into."

The threats to investigate "un-affirming" parents seem to fit into a pattern of far-left activists accusing conservative parents of being "abusive," with a Republican Virginia state senate candidate this week getting reported for "teaching her child to be a racist."

The argument began on Sunday, when Ramirez posted to Twitter about reports of PayPal saying that they would take $2,500 out of the accounts of people who spread "misinformation."

In response, Leavitt wrote, "Why are you celebrating torture, rape, murder, and enslavement?"

Ramirez wrote back, "I teach my daughter real American history. I refuse to join the radical left’s campaign to erase history," which prompted Leavitt to request that his over 300 thousand followers call care services on the single mother of a black daughter, writing, "Can someone please call child care services on Tina Ramirez who’s teaching her child to be a racist?"

"This is absolutely unacceptable. How many people try to report child abuse and hang up? How many children will continue to be abused?" he posted.


Ramirez spoke out about Guzman's proposed bill on Friday.

In another tweet, she also said "Raising children is the job of the parents, not the government. This is a lesson Virginia Democrats should have learned in 2021. I’m happy to remind them."