Virginia schools hide students' grades in the name of equity

A disgruntled parent of a Thomas Jefferson High School for Science and Technology student in Fairfax County, Virginia, uncovered the scandal after her son, who scored within the top 3 percent of students in the country, did not receive recognition from the National Merit Scholarship Corporation despite qualifying for the award. 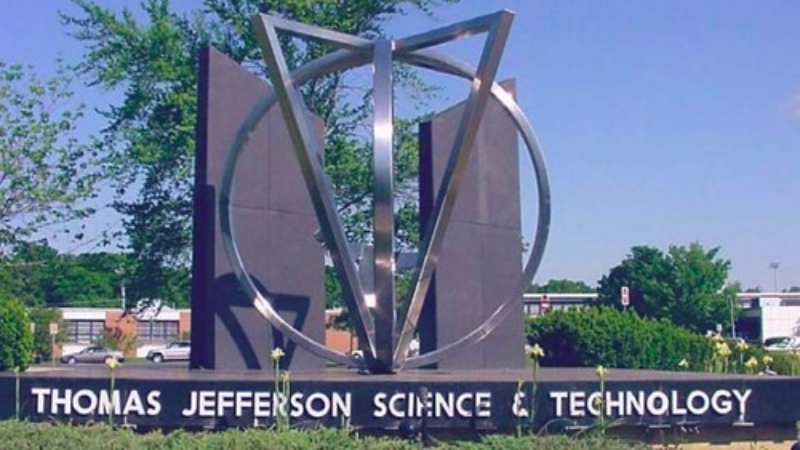 Olivia Rondeau
Dec 25, 2022 minute read
ADVERTISEMENT
ADVERTISEMENT
Two administrators at a top high school have come under fire after they were discovered to have been intentionally withholding academic achievement awards from the students who earned them and their parents in the name of "equity," impacting college admissions.

A disgruntled parent of a Thomas Jefferson High School for Science and Technology student in Fairfax County, Virginia, uncovered the scandal after her son, who scored within the top 3 percent of students in the country, did not receive recognition from the National Merit Scholarship Corporation despite qualifying for the award. The National Merit awards provide a boost to many students as they submit their college applications, and opens doors to at least 800 Special Scholarships from corporate sponsors, reported the New York Post.

Shawna Yashar, the mother of the teen scholar, found that TJHS principal, Ann Bonitatibus, and the director of student services, Brandon Kosatka, had been withholding academic awards, impacting at least 1,200 students over the principal’s five-year tenure.

While researching, New York Post writer Asra Nomani discovered the same thing had happened to her son two years prior at TJHS.

"I learned — two years after the fact — that National Merit had recognized my son, a graduate of TJ's Class of 2021, as a Commended Student in a September 10, 2020, letter that National Merit sent to Bonitatibus," Nomani wrote. "But the principal, who lobbied that fall to nix the school's merit-based admission test to increase 'diversity,' never told us about it."

According to the journalist, other school parents told her that they also weren't notified about any Commended Student awards.

According to US News' Best High Schools list, TJHS is ranked at #1.

"Keeping these certificates from students is theft by the state," said Yashar.

According to Nomani, the majority of students affected are Asian, with many from immigrant families. In February, a Virginia judge ruled that TJHS enacted discriminatory admissions policies against Asian students.

Kosatka admitted to Yashar on a phone call that omitting the award information from parents and to only inform students in a low-key way was on purpose.

"We want to recognize students for who they are as individuals, not focus on their achievements," the school administrator told the mother. According to him, they didn't want to "hurt" other students' feelings.

According to a spokesperson from the National Merit organization, the officials "leave this honor exclusively to the high school officials" to announce.

Fabio Zuluaga, assistant superintendent of Fairfax County Public Schools, admitted to Nomani that the school system made a "mistake" in not making the achievements public.

"It was a mistake to be honest," he said. "We have to do something special. A commendation sends a very strong message to the kid, right? Your work is meaningful. If you work hard in life, there are good benefits from that."

After the scandal was uncovered, Kosatka sent an email out to the parents of Commended Students, saying "we are deeply sorry" for withholding the news, and claimed that the school would contact college admissions to set the record straight.

This discovery comes to light as the Fairfax County Public Schools board launches an initiative for "equal outcomes for every student, without exception," which includes "equitable grading," in the form of attendance-based scoring.