Waitlist for disabled veterans benefits balloons to almost 40,000 under Trudeau

Almost 40,000 veterans were waiting at the end of November to find out whether their application for financial assistance would go through, according to Veterans Affairs Canada. 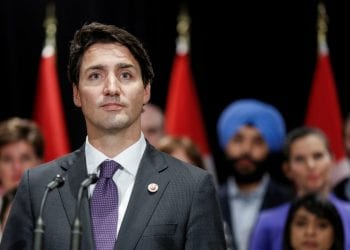 Almost 40,000 veterans were waiting at the end of November to find out whether their application for financial assistance would go through, according to Veterans Affairs Canada.

That represents an increase of roughly 11,000 when compared to last year, and a new wait time more than 16 weeks.

The original cause for much of this comes from the cuts made under the Harper government, but now three years into the Trudeau regime it seems the Liberal government has utterly failed on their promise to fix the growing mess.

This will likely continue to harm the current government’s relationship with the veteran community, something that is already under great strain.

For example, the government currently faces a proposed class-action suit filed in federal court Friday the 25th, which states “the federal government knowingly short-changed hundreds of thousands of disabled veterans and RCMP members about $165 million in benefits.”

That lawsuit follows a calculation error the Liberal Jean Chrétien government made in 2002, which was caught in 2010.

More than anything though, the continued game of musical chairs being played with the Minister of Veterans Affairs position cannot be helping the organization when it comes to moving forward.