The Washington Post is now turning to gaslighting: trying to convince the American public that it's, in fact, President Joe Biden who has been maltreated by the press. 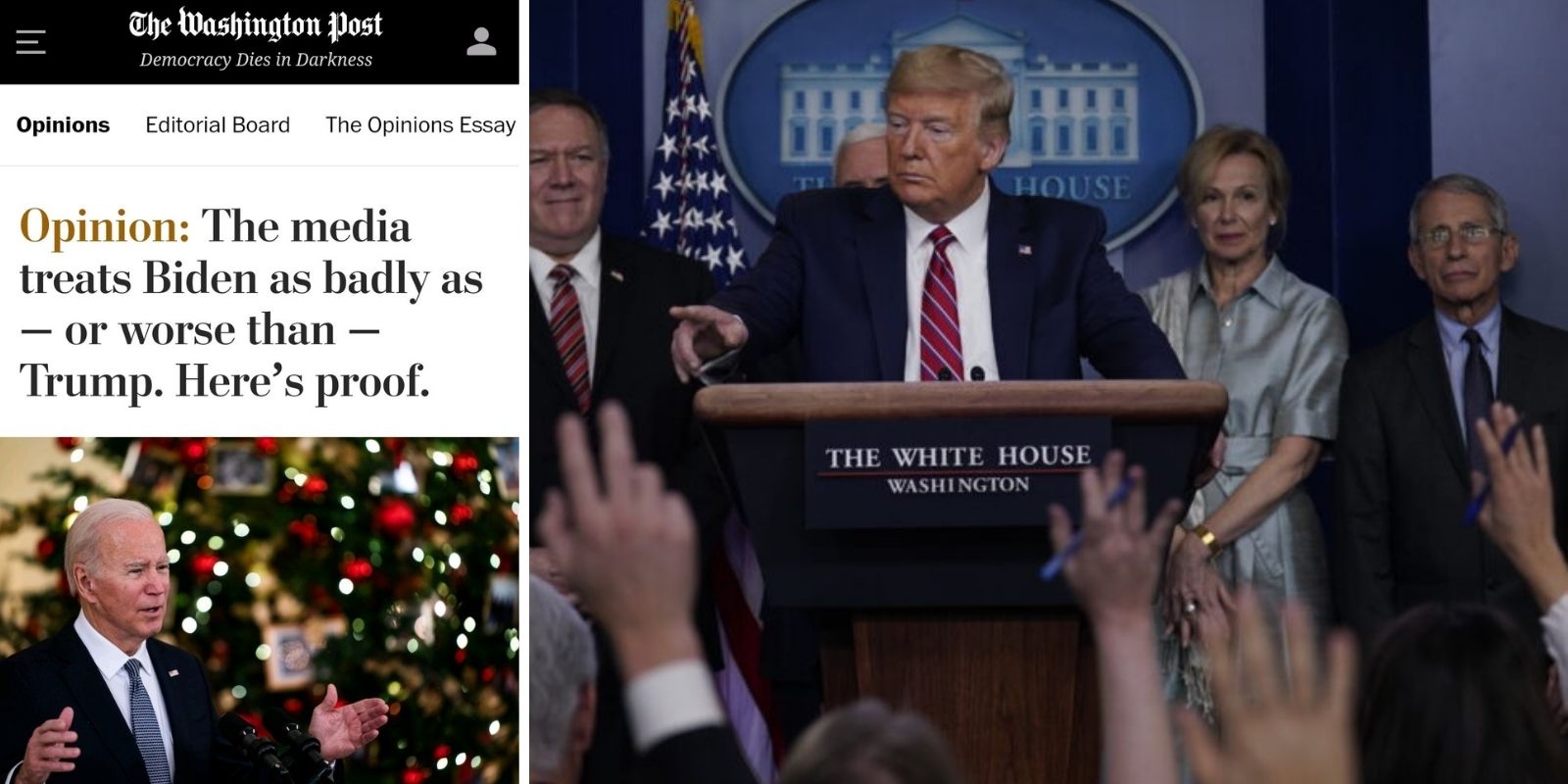 After mindlessly parroting the now-thoroughly discredited "Russian collusion" narrative, making Michael Avenatti the king of cable news appearances, the salacious nothinburgers of Stormy Daniels, tax returns and Michael Cohen, the Washington Post is now turning to gaslighting: trying to convince the American public that it's, in fact, President Joe Biden who has been maltreated by the press.

He writes that "using algorithms that give weight to certain adjectives based on their placement in the story, it rated the coverage Biden received in the first 11 months of 2021 and the coverage President Donald Trump got in the first 11 months of 2020." If those seem like arbitrary and odd time frames, it's because they are, intentionally or unintentionally memory holing the tens of thousands of articles which compared Trump to dictatorship and heralded his presidency as the return of fascism, if not outright declaring it a sign of the apocalypse.

Milbank continues: "[The findings] confirmed my fear: my colleagues in the media are serving as accessories to the murder of democracy."

"After a honey moon of slightly positive coverage in the first three months of the the year, Biden's press for the past four months has been as bad—and for a time worse than—the coverage Trump received," Milbank writes.

Now what could have possibly caused a tilt into negative coverage? Could it have anything to do with Biden's disastrous and deadly withdrawal from Afghanistan? Or escalating crime rates in American cities? Higher costs of living? Unpopular and unconstitutional vaccine mandates? No.

If the Washington Post is to be believed, the reason Biden appears so maltreated is that "journalists, pressured by President Joe Trump's 'complaints' about the press, pulled punches. Perhaps media outlets, after losing the readership and viewership Trump brought, think tough coverage will generate interest."

Americans with ears and eyes know what the reality is: Trump spent every day answering questions from a hostile press without a script, while Biden takes pre-screened, pre-vetted questions from "trusted" outlets reading off a teleprompter.

Biden's top aide, Ron Klain, took to Twitter to decry press coverage of his boss. The chief of staff shared the Washington Post opinion essay, agreeing. "Submitted for your consideration," Klain said, linking to the piece.