Biden administration formally pulls out of Afghanistan but leaves Americans behind

“Although we continue the outreach, we would’ve been prepared to bring them on until the very last minute.” 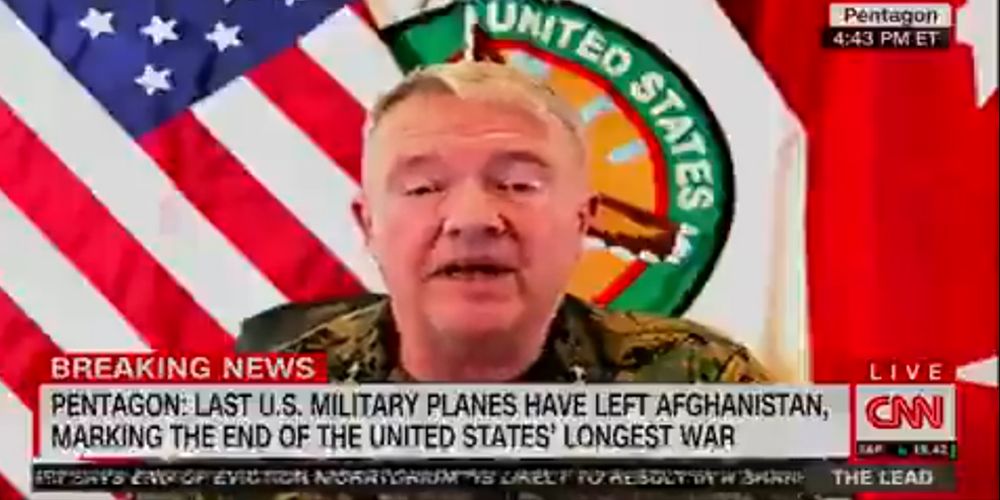 In a formal announcement today US officials declared that the last military aircraft had left the Kabul airport that saw international military occupation over the last few weeks as people lined up to flee the country after the Taliban takeover.

The number of Americans still in Afghanistan is said to be in the “very low hundreds.”

“Good afternoon everyone. I'm here to announce the completion of our withdrawal from Afghanistan, and the end to the military mission to evacuate American citizens, third-country nationals, and vulnerable Afghans. The last C-17 lifted off from Hamid Karzai International Airport on August 30th, this afternoon, at 3:29 PM east coast time. And the last manned aircraft is now clearing the airspace above Afghanistan.”

The weeks of US military presence at the Kabul airport killed thirteen US soldiers in an ISIS suicide bombing attack. Biden curled up on the podium that evening when publicly addressing the American people, amid calls for his resignation.

“We will soon release a photo of the last C-17 departing Afghanistan, with Major General Chris Donahue and the US ambassador to Afghanistan, Ross Wilson, aboard. While the military evacuation is complete, the diplomatic mission to ensure additional US citizens and eligible Afghans who want to leave, continues.”

By that meaning, as General McKenzie later points out, American citizens have been left behind as of now.

According to the last official known estimates as of yesterday. When questioned for an update on Monday morning, the Pentagon had no answer.

McKenzie said Americans hadn’t shown up until twelve hours before this formal exit, and they weren’t on the last five planes to leave the country.

The deadline of August 31st still has at least 24 more hours to go. A bipartisan caucus agreed that President Biden ought to have extended the official deadline past that point.