Was The New York Times about to dox Tucker Carlson? Of course they were

Tucker Carlson revealed last night that The New York Times was about to dox him and his family—again. The politics of personal destruction is the new M.O. of NYT. 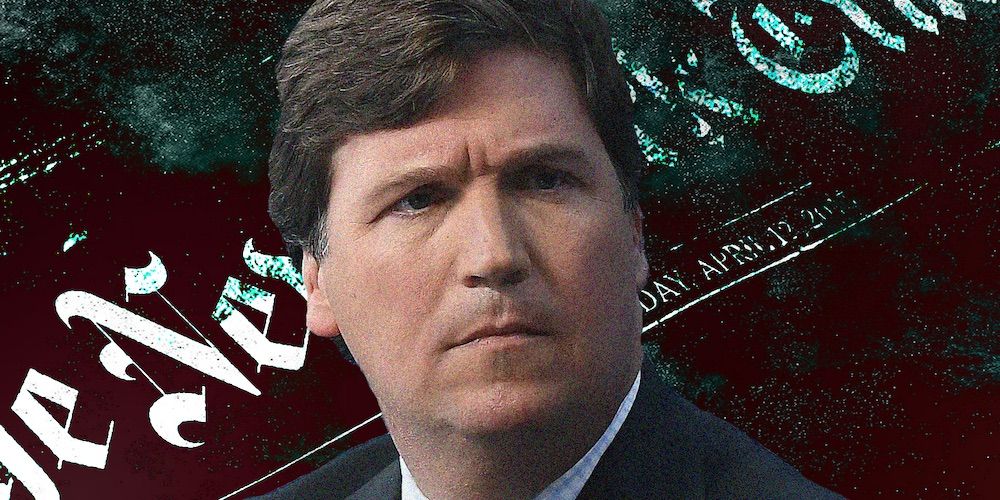 Tucker Carlson, who hosts a primetime Fox News show that deals with matters few other mainstream outlets are willing to touch, revealed last night that The New York Times was about to dox him and his family—again.

Speaking to viewers last night, he said "Last week The New York Times began working on a story about where my family and I live. As a matter of journalism, there is no conceivable justification for a story like that. The paper is not alleging that we’ve done anything wrong, and we haven’t. We pay our taxes, we like our neighbours, we’ve never had a dispute with anyone. So why is The New York Times doing a story on the location of my family’s house?

"Well you know why: to hurt us. To injure my wife and kids so that I will just up and stop disagreeing with them. They believe in force. We’ve learned that. Two years ago a left-wing journalist publicized our home address in Washington. A group of screaming Antifa lunatics showed up while I was at work. They vandalized my home. They threatened my wife. She called 911 while hiding in a closet.

"A few weeks later they showed up again at our house. For the next year they sent letters to our home threatening to kill us. We tried to ignore it. It felt cowardly to sell our home and leave, we raised our kids there in the neighbourhood, we loved it. But in the end, that’s what we did. We have four children, it just wasn’t worth it.

"But The New York Times followed us. The paper assigned a political activist called Murray Carpenter to write a story about where we are now. They hired a photographer called Tristan Spinksy to take pictures. Their story about where we live is slated to run this week. Editors know exactly what will happen to my family when it does run. I called them today and I told them. But they didn’t care. They hate my politics, they want this show off the air.

"If one of my children gets hurt because of a story they wrote they won’t consider it collateral damage; they know it’s the whole point of the exercise: to inflict pain on our family, to terrorize us, to control what we say. That’s the kind of people they are. They’ll deny this, of course, they’ll claim it’s just journalism, just the facts. Really.

"So how would Murray Carpenter and his photographer Tristan Spinsky feel if we told you where they lived? If we put pictures of their homes on the air? What if we publicize the home address of every one of the soulless robot editors at The New York Times who assigned and managed this incitement to violence against my family?

"What about the media editor, Jim Windolf? We could do that, we know who they are. Would that qualify as journalism? They’d call it criminal behaviour if we did it, and that tells you everything you need to know."

The New York Times attempted to do damage control by tweeting: "@nytimes does not plan to publish Tucker Carlson's residence, which Carlson was aware of before his broadcast tonight."

But nobody rational believes them, although there’s every good chance that they chose not to run the story after Carlson called them out. The politics of personal destruction, including doxxing, is the new M.O. of NYT. As the recently jettisoned Bari Weiss noted, Twitter has manifested as the "ultimate editor" of the gray lady. And we know how vicious Twitter has become.

Besides, it’s a slippery work of damage control, since no one assumed that they would publish the exact address of his residence—the point was to reveal enough information to let the internet do the rest of the work. There is, it should go without saying, no journalistic merit to this endeavour. Publishing a story like this would have been 100 percent intended to harm Carlson and his family. It may not happen now, but we assume it will simply be delayed until a time when Carlson and his family let their guard down. The New York Times has become that malicious.

In June 2020, Reason reported that the pseudonymous blogger Scott Anderson deleted his blog under threat of NYT doxxing. He wrote a post called "NYT Is Threatening My Safety By Revealing My Real Name, So I Am Deleting The Blog," saying "I'm not sure what happens next. In my ideal world, the New York Times realizes they screwed up, promises not to use my real name in the article, and promises to rethink their strategy of doxxing random bloggers for clicks."

In September 2019, The New York Times doxxed the "whistleblower" who had reported on a phone call between Ukraine’s President Zelensky and Donald Trump. They claimed that it was necessary to reveal his identity because "the context of the person’s position and expertise lends credibility to his complaint."

In 2015, The New York Times published the street address of the officer who shot Michael Brown in St. Louis. The story no longer appears on their site, but the damage was done.

As far back as 2014, a New York Times reporter claimed that "doxxing is the new name for reporting."

In fact, in February 2020, a report in Slate details how The New York Times’ newsroom is actually training reporters to dox themselves, so that they can make themselves immune to the practice while inflicting this harm on others. They teach journalists the methods used to dox, and suggest they do it to themselves, so that they can then remove the personal information from the web before someone else finds it.

The establishment media’s formula is this: attack without provocation, then when your quarry punches back, flip the script and play the victim. Never has it been more clear than in this instance. Mere hours after Carlson defended himself and his family, Brian Stelter of CNN tweeted a story by the Washington Post claiming that Carlson had sicced his fans on the poor journalist who was set to dox him.

"'Within hours, an army of conservative Twitter accounts started publicly posting the address and personal info,' of the reporter Tucker Carlson identified as the story's writer," the Washington Post story claims.

So doxxing is good journalism and we should definitely do it to Tucker Carlson. But if he defends himself and tries to stop it from happening, then doxxing is an evil act perpetuated by an "army of conservatives." See how that works? It’s exactly what Carlson said would happen.

As establishment media attacks those who are out there actually telling the other side of the story, the public suffers as a result of these narrative wars. People are left trying to sort out who to believe amid the chaos. Carlson is a figure who has done his research, and speaks to the issues that are affecting Americans where they live.

From the chaotic cities to the rural locales bracing for coronavirus cases, people need information. And The New York Times isn’t giving it. Instead, they’re working hard to make sure that those who are telling the stories they refuse to cover are threatened and doxxed into silence.