If passed, the bill would allow all non-citizens, including undocumented and illegal migrants, to vote in municipal elections. 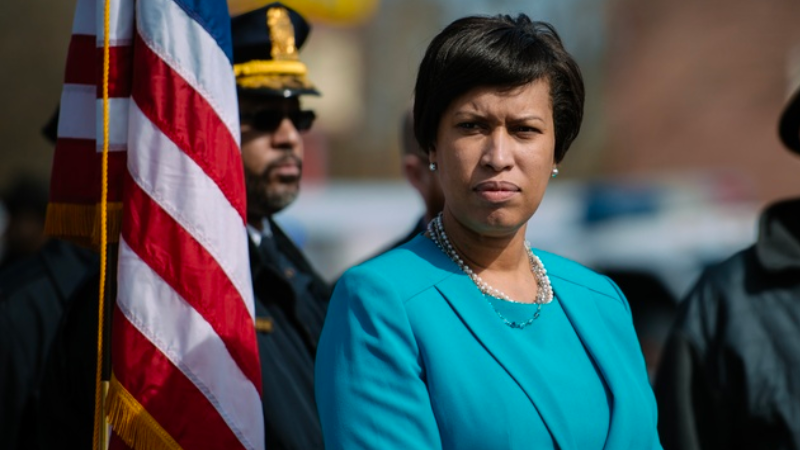 Jarryd Jaeger Vancouver, BC
Oct 7, 2022 minute read
ADVERTISEMENT
ADVERTISEMENT
On Tuesday, the Council of the District of Columbia approved a bill allowing non-citizens to vote in local elections.

The proposed change is set to be voted on a second time in November before being presented to Mayor Muriel Bowser, who will then either veto, or sign it into law.

According to The Hill, the bill was introduced by DC Councilmember Charles Allen, who argued that, “our immigrant neighbors of all statuses participate, contribute and care about our community in our city,” and therefore “deserve a right to have a say in their government.”

“They raise families here, contribute to their community,” Allen continued. “They run businesses that people depend on, and they pay taxes that we decide how to spend, yet they have no ability to elect local leaders who make decisions about their bodies, their businesses and their tax dollars.”

Every other councilmember agreed with Allen’s sentiments, save for Mary Cheh, who cast the sole vote against the bill.

In her statements, Cheh called the bill “eminently supportable,” but highlighted one potentially troubling aspect, the fact that the time needed to achieve “residency” in DC was only thirty days.

“Someone who took the bus from Texas, or was put on the bus from Texas, or wherever, and dropped off at the vice president’s property, and then remained in the District of Columbia for 30 days and was 18 years old — could that person then vote in our local elections?” she asked her fellow councilmembers, who said yes, they could.

“My concern has nothing to do with citizenship," she added. "My concern is also not with strangers per se, who have lived in this country, have some connection on a cultural level, some connection of experience in our community. I find it unacceptable to say that somebody who has had no connection at all with the United States, with its culture, its democracy, can be dropped off here reside for 30 days, and vote in a local election. What is wrong with asking they stay a little bit longer?”

Over the past few weeks, busloads of illegal migrants have been sent to the nation's capital by Texas governor Greg Abbott, with many ending up outside Vice President Kamala Harris' home.

The stunts have been part of a campaign aimed at getting leaders of blue "sanctuary" cities and states to realize that the situation at the border is dire, and requires real solutions.

If passed, the bill would allow all non-citizens, including undocumented and illegal migrants, to vote in municipal elections.

New York City passed a similar law at the end of 2021, which was signed into law by outgoing Mayor Bill de Blasio, however it was later overturned by New York's highest court after the RNC brought suit against the city. The New York law would have permitted non-citizens who are legally in the country to vote, whereas the DC law would give non-legal immigrants access to the vote as well.