According to a recent non-partisan poll, AOC is one of the least effective members of Congress and has never passed a bill in her tenure. 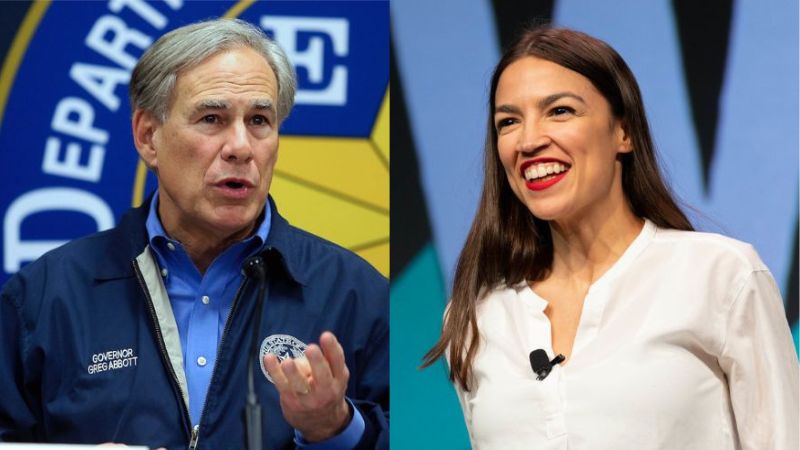 AOC wrote, "I remember how folks stepped up to help Texans when you left them cold and hungry during the freeze. We will welcome these families too. They have so much to offer. You do seem to be struggling at your job, though. Maybe you should consider if this is the right work for you."

According to a recent nonpartisan poll from the Center for Effective Lawmaking, Ocasio-Cortez is one of the least effective members of Congress. She has introduced a modest number of bills, none of which have progressed to a committee, a vote, or come close to passing.

In April, Texas Governor Greg Abbott contemplated on a way to manage and relocate the masses of migrants flooding into Texas. He promised to bus border crossers to blue states whose leadership supported open borders.

Blue city mayors have lamented the modest influx of illegal immigrants as overwhelming. In Washington, DC, Democrat Mayor Muriel Bowser declared a public emergency last week to handle an increase of 9,400 migrants. In NYC, Mayor Eric Adams said the increase, which is about 5,000, is causing him to reconsider the state's "right to shelter" laws.

"In addition to Washington, DC, New York City is the ideal destination for these migrants, who can receive the abundance of city services and housing that Mayor Eric Adams has boasted about within the sanctuary city," Abbott said.

When President Joe Biden took office he dramatically loosened restrictions along the southern border which created a humanitarian crisis that has led to historic drug and human trafficking. Biden's border crisis has seen a record-high number of illegal immigrants pouring into the United States with 1,659,206 illegal immigrants crossing in 2021 and there have already been more than two million encounters in the 2022 fiscal year.

As Fox News reports, AOC did visit Texas in 2018 to stage a photo of her crying outside of a parking lot that she implied was her weeping in front of caged children.

AOC has also attended the Met gala, maskless, while being attended to by masked help. She faked being arrested at a Roe v. Wade protest and recently was the subject of a Gentleman's Quarterly article where she was celebrated for victimhood.

The Post Millennial wrote of AOC in 2019 that she's ill-informed, gets lots of things wrong, and makes preposterous claims.
ADVERTISEMENT
ADVERTISEMENT
AbbottVAOC