Required forms asked the state employees to affirm or agree that they "have never received a vaccine or medicine from a health care provider as an adult." 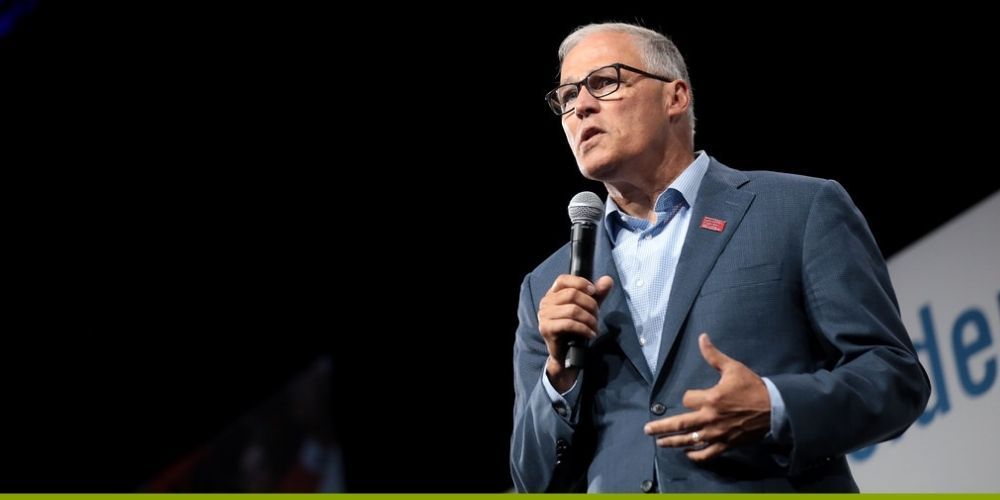 Washington State workers across multiple agencies on Monday received forms for requesting a religious exemption for the now mandatory coronavirus vaccines. The forms asked the state employees to affirm or agree that they "have never received a vaccine or medicine from a health care provider as an adult."

According to Brandi Kruse of Q13 Fox, other religious exemption forms such as ones from the Capital Region Educational Services District demand a signed statement from one's religious leader attesting to their faith. Kruse noted that Inslee's office said this particular form was not issued by the state.

In a previous interview with Kruse, Washington State Superintendent of Public Instruction Chris Reykdal claimed that "There are no forces out there that are going to force people to go document the church they belong to, or get a signature from a member of the clergy or their synagogue or their mosque. There's no role for us in that we will listen to employees who say, 'I have a deeply held conviction about this core practice and I don't take shots' or 'I'm not taking the shot' and I'm going to honor that."

Reykdal added, "We're not going to fire a bunch of teachers. They do have to walk right up to that line though and say, 'Am I not going to get this despite the science, because of this deep conviction I have?' And if that's their answer, that's okay. I think it's going to have tens of thousands of folks say 'I need to finally get this shot. It's safe. And it's the right thing to do for kids and my community and my fellow educators.' And that's what we're looking for."

In the same interview Reykdal conceded that he could not guarantee there wouldn't be staffing shortages and shutdowns if employees still refused to get the shot. He also admitted that the state was not going to check to verify employee's religious beliefs.

In response to the interview with Kruse, Inslee's office issued a statement to clarify Reykdal's remarks and said, "It's my understanding OSPI is planning to clarify the superintendent's comments. There are no personal or philosophical exemptions. The process for applying for religious exemptions is still under development."

Multiple unions including police, fire, corrections and the 45,000 plus member Washington Federation of State Employees have already pushed back against the vaccine mandates. Thousands have rallied in opposition to the mandates and more protests are planned for this weekend.