Law enforcement agencies are now preparing to fight-back against the state's Supreme Court ruling, alleging that the recent ruling will have a dramatic effect on their communities. 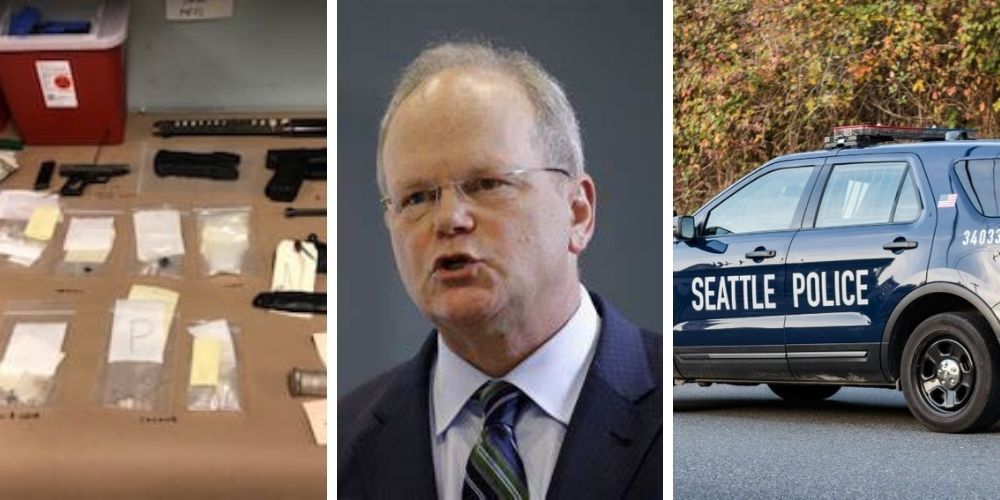 During a court hearing last week, the Washington State Supreme Court sided with a petitioner seeking to overturn the state’s felony drug possession law, ruling it unconstitutional. The Washington State law recently overturned by the state Supreme Court is RCW 69.50.4013, where those in possession of a controlled substance received a felony punishable by up to five years in prison and a hefty fine.

In State v. Blake, the Washington State Supreme Court ruled the state’s felony drug possession law unconstitutional, ultimately deciding that the law violated both federal and state constitutions because it doesn’t require prosecutors to prove that someone knowingly or intentionally possessed the drugs.

The petitioner, Shannon Blake, took this fight to the Supreme Court after corrections officers discovered meth in her pocket after she was arrested for a different crime, which resulted in a felony conviction. Blake argued that the meth wasn’t hers but was convicted anyways.

The Washington State Attorney’s Office notified law enforcement agencies across the state of Washington of the new court ruling, demanding police officers to cease the arrest of individuals in possession of illegal substances effective immediately.

Law enforcement agencies are now preparing to fight-back against the state's Supreme Court ruling, alleging that the recent ruling will have a dramatic effect on their communities.

The Renton Police Department, which sits right outside of Seattle, WA, released a statement to the community announcing they will be contacting State legislators to amend the ruling.

"From this point on, officers no longer have the authority to conduct a criminal investigation, effect an arrest, seek a search warrant, or take any other law enforcement action for simple possession of controlled substances. To clarify: simple possession of drugs has now been legalized," said Renton Police Chief Schuldt.

"I wanted you to be aware of the new constraints that our officers must now work under and ask for your understanding. The safety and well-being of our community continues to be our top priority, but as you can imagine this recent ruling will have a dramatic effect on our community," said the Police Chief adding "We will be contacting our State legislators in an effort to work together to amend the Supreme Court’s Decision on this matter."

The Sheriff of Snohomish County, Adam Fortney, also expressed his shock over the 'unconstitutional' ruling in a post on Facebook Thursday morning.

"I was notified this morning that the Supreme Court found Washington State law against drug possession to be unconstitutional. No, this is not a joke this actually happened today,” he said in the post. “I have a meeting later in the day with our Prosecutor to try and work through what exactly this means moving forward. When I have more information I will share it but to speculate now wouldn’t be helpful."

The Sheriff of Island County, Rick Felici, also weighed in, emphasizing in a statement that the "impacts of this decision will be widespread."

"While it could be argued that this change will reduce the number of people incarcerated in the state, and that drug abuse is better treated as a public health issue, this change will also have an impact on the number of people who were motivated to get into treatment as a result of their arrest and it will impact law enforcements ability to 'work their way up the chain' to get to drug dealers," said Sheriff Felici.

The Washington Association of Sheriffs and Police Chiefs, sent out an internal memo to WASPC members detailing the potential effects the ruling will have on law enforcement and the community.

The internal statement reads, "We believe that prosecutors will soon take the following actions: arrange for the immediate release of all pre-trial detainees whose only charged offenses are simple possessions, obtain orders vacating the judgments of all persons in your jails who are currently only serving time on simple possession, and recall all arrest warrants issued in cases in which the only charge is simple possession of drugs."

Other actions taken by prosecution include, "dismissal with prejudice of all cases in which the only charge is simple possession of drugs or note up a motion to file an amended information that charges another crime," and prepare to deal with motions to vacate judgments by people in prison on said charges.

The Seattle Police Department released an official statement on the matter acknowledging that Seattle police officers will adhere to the new court’s ruling; however, officials within the department have yet to cite concerns over the ruling.

On the other hand, advocates who work with individuals suffering with substance abuse applauded the court’s decision.

"If punishment were deterring addiction, we wouldn’t be in the heroin epidemic that we have been in," said Kathleen Kyle, managing director of the Snohomish County Public Defenders Association. "The ruling is a step toward a more equitable criminal justice system."

The Snohomish County prosecutor, Cornell, said that pending cases of simple drug possession are already in programs that allow them to get help instead of serving time, according to The Herald.

"Police and prosecutors are going to have to ask in individual cases, 'Was the amount of the controlled substance an amount such that we could establish an intent to deliver?'" Cornell said. "Possession with intent is not going to be somebody who has a gram or two of heroin on them."

It’s unclear what effects the state Supreme Court’s ruling will have on public safety but law enforcement agencies acknowledged that they are preparing to amend the ruling in court.