Former Minneapolis police officer Derek Chauvin was tried and convicted on three counts. None of those charges involved a firearm. Floyd did not die of gunshot wounds. 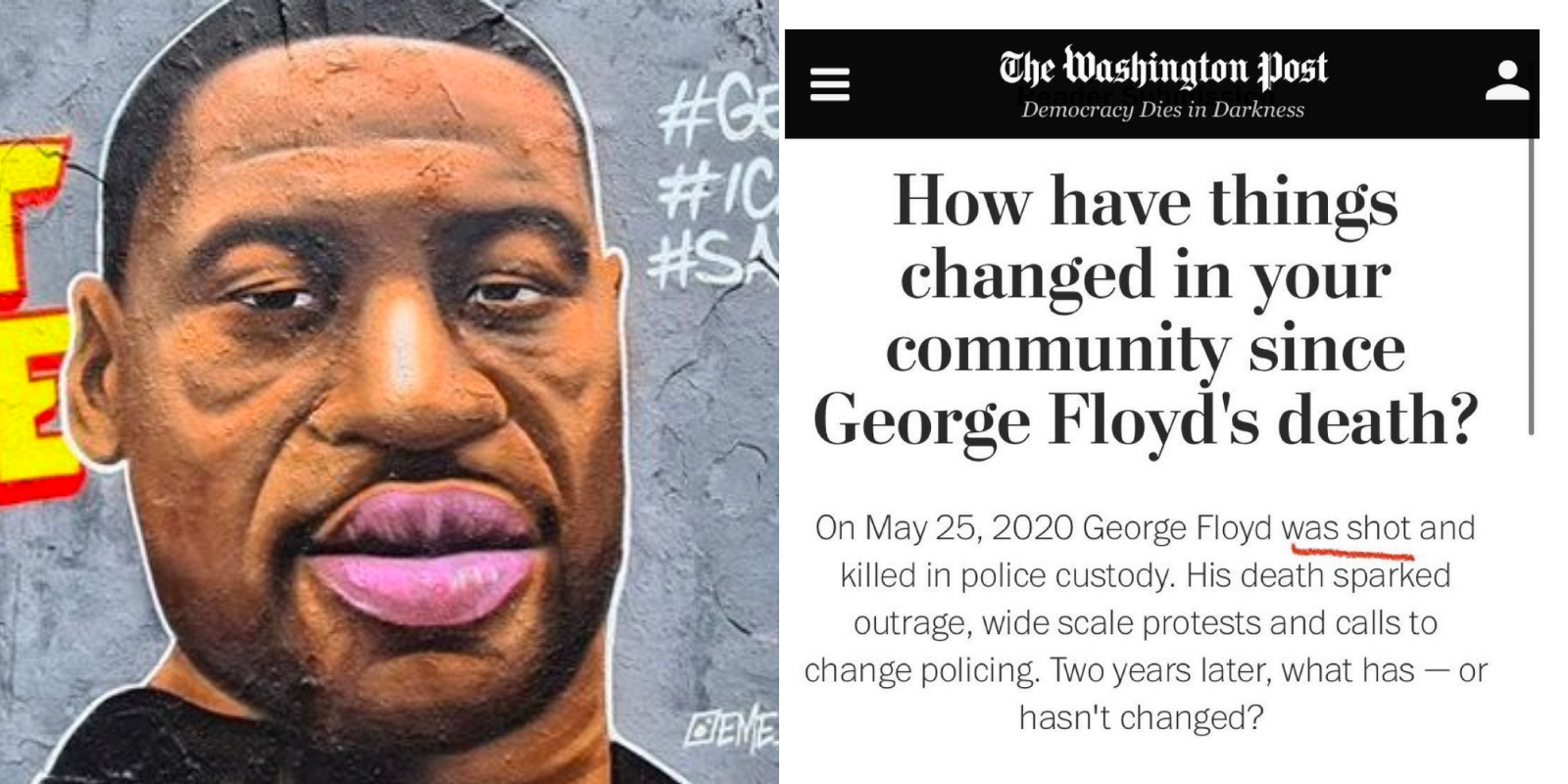 Almost two years after George Floyd's death in police custody, the Washington Post issued a tweet saying that he "was shot and killed in police custody." Floyd, whose May 25, 2020 death sparked months of rioting and violence in the United States, died of cardiopulmonary arrest, according to the official autopsy results.

Former Minneapolis police officer Derek Chauvin was tried and convicted on three counts of second-degree unintentional murder, third-degree murder and second-degree manslaughter. None of those charges involved a firearm. Floyd did not die of gunshot wounds.

"He was never shot. He died of cardiopulmonary arrest," Ngo tweeted at the Washington Post. He cited official autopsy results in which the medical examiner stated at the time: "The autopsy revealed no physical evidence suggesting that Mr. Floyd died of asphyxiation."

Floyd, however, was not shot.

The tweet from WaPo was in reference to a poll that newspaper has put out to gauge public reaction and changes to people's lives since and as a result of George Floyd's death.

After the error was made plain, WaPo wrote: "We've deleted a previous tweet for this form that included language that was changed after publish." [sic]

Ngo suggested that the news outlet identify the mistake that they made, and perhaps give an explanation as to why they would have written, both on Twitter and in the pixels of their pages, that Floyd was shot and killed by police.

The original in the Washington Post read exactly the same as the errant tweet, stating that Floyd was shot and killed.

A later version of the same article reads simply the truth: "On May 25, 2020, George Floyd died in police custody."