"Your name and email address are associated with a $40 contribution. Could you please tell me if this matches your records, and... share what motivated you to contribute to the campaign?" 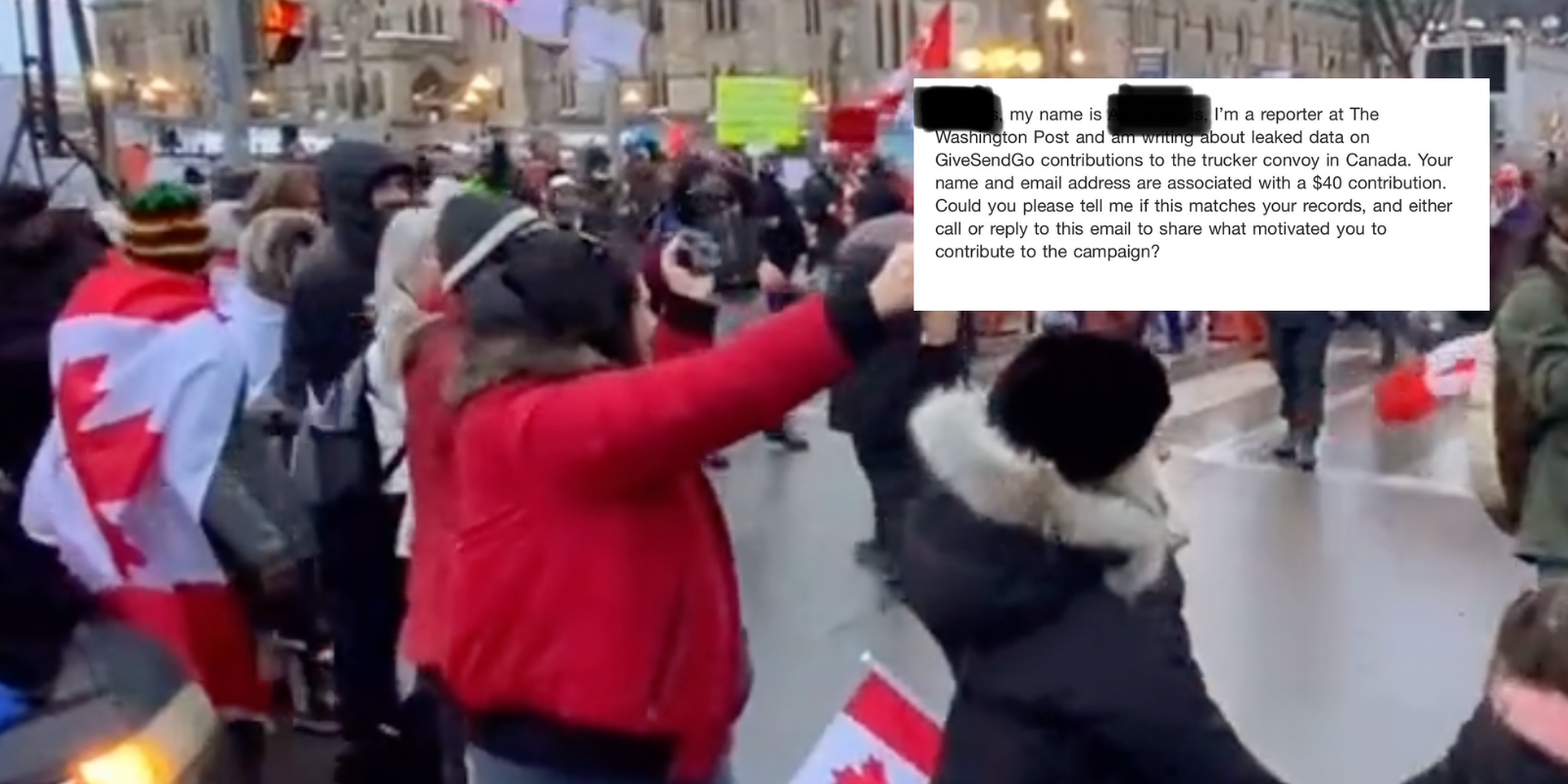 After crowdfunding platform GiveSendGo was hacked over the weekend and information was leaked about who had donated to the Canadian truckers' freedom convoy, the CBC and CTV both began contacting those donors. Now the Washington Post has joined their ranks and are contacting people to ask why they donated.

An email shared by journalist Saagar Enjeti appeared to be by a reporter with the Washington Post, who said they were "writing about leaked data on GiveSendGo contributions to the trucker convoy in Canada.

"Your name and email address are associated with a $40 contribution. Could you please tell me if this matches your records, and either call or reply to this email to share what motivated you to contribute to the campaign?"

CTV News reporter Graham Richardson on Tuesday said that he had been calling people "who have donated to the trucker convoy," including a former MP, business owners, health care professionals, and a property developer.

This came after Canada's Deputy Prime Minister Chrystia Freeland announced plans to use anti-money laundering and anti-terrorist tools to crack down on crowdfunding platforms and other methods used to fund the Canadian freedom convoy in Ottawa. Truckers and their supporters have been peacefully protesting for upwards of three weeks.

The Canadian government will also authorize the seizing of funds by financial services where that institution suspects an account of "being used to further the illegal blockades and occupations."

The Washington Post was one of the outlets that declined to cover the story of Hunter Biden's laptop in the lead-up to the 2020 presidential election, in part because they claimed the information obtained was hacked. It wasn't.

Progressive journalists have shared the information from the hack of GiveSendGo online to target and smear supporters of the Freedom Convoy.