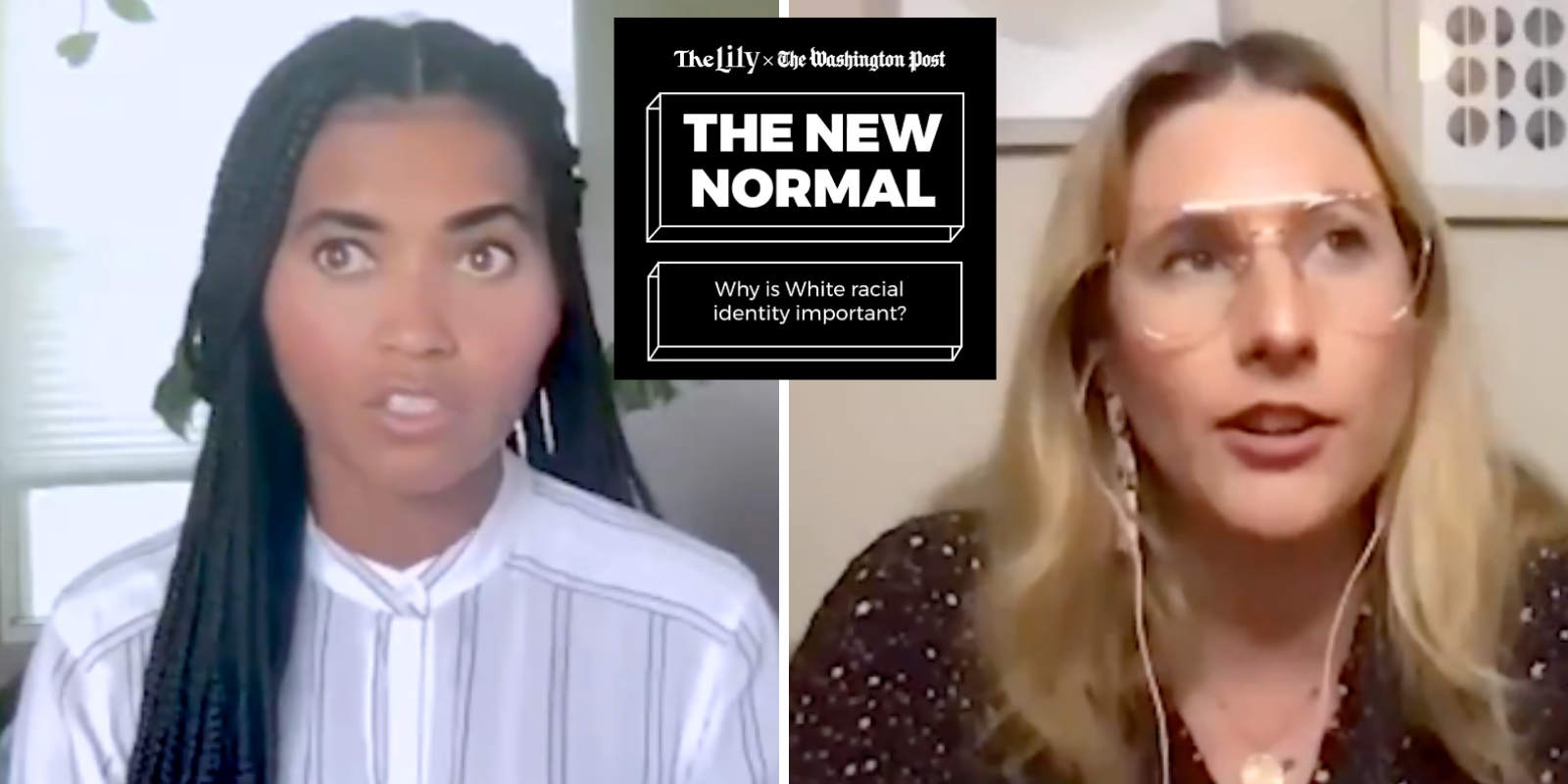 The Washington Post began a series called "The New Normal" in 2020, and on the latest episode, pundits and commentators urged white people to feel the sins of their ancestors.

Nicole Ellis, host for "The New Normal," introduced the episode by saying that it is about "white racial identity." She said that George Floyd's death marked the "first time that white people were becoming aware of their whiteness. And the systemic ways that white supremacy affects all of us."

Resmaa Menakem, who offers courses in "somatic abolitionism," starts off by saying that "Racism, racialism, white body supremacy is not episodic, it is structural. Remember that there were thousands of George Floyds before the one that you say. Your bodily response to this horror, right, is not the same thing as you dealing with the structural aspects of this."

She turned to Rebecca Toporek, who is a professor in the Department of Counseling at San Francisco State University. Toporek said that "white people in particular get aroused, get upset, say 'this is unjust, this isn't right, this is shouldn't happen.' There's like an awakening that happens. And so part of their racial identity development is seeing that awakening. What they do with it is really the next piece of it."

Ellis explained that "understanding your whiteness is integral to becoming self-aware as a white person." But this program of "understanding whiteness" is not about self-discovery, but about internalizing the ideas about whiteness that are being peddled by antiracist activists.

The video goes on to show interviews and clips with white people who are on the way to "becoming self-aware" as white people, and internalizing those values of antiracist practice. A woman from Oklahoma decries her home town for having whiteness as the "default." She says that she's "really realizing how deeply rooted racism is into like [her] every day thought process. No matter how much you work on that there's still almost even more work to be done."

"Part of the structure of racism ... is to keep us from recognizing that racism is part of our daily lives." Toporek says. "So it's a longer term process of looking at your understanding of yourself in the world, both historically but also contextually. Also the family you live in, the community you live in, and what role whiteness plays in that."

"An antiracist culture does not exist among white people," Menakem says. "White people need to start getting together specifically around race." He says that these whites-only accountability groups should be done for a period of "one, two, three, four, five years," so that "you end up with a community that is aligned with each other."

Toporek agrees, saying that white "accountability groups," where white people segregate themselves to the exclusion of people of color, "are really helpful in terms of having a place to process, having a group of people whose responsibility it is to call me on things, or to challenge me."

Ellis then speaks to a woman who appears to have entered one of these whites-only accountability groups, Ilyse Kennedy, who is identified as a trauma therapist. Kennedy says that in her segregated group, they've been "unpacking wrong things they've been taught in history class." Personally, she "realized that [she] needed to go back and unpack and reorganize everything [she'd] learned because it was through a white lens."

Kennedy talks about how "legitimate" it is that white people should have a "period of deep shame for being white and for acknowledging the harm that our ancestors have caused." She said "we can't ask people of color to hold our hands through the shame piece, that needs to happen with other white people."

Ellis says that this sounds like a good idea, and Toporek says that segregating by race is only the "first step." After spending time among whites-only, the next part of the process is to go have "sustained and meaningful relationships with people of color."

Ellis asks if a white person "seeking out" people of color for friendships "just to have a diverse network" is really such a great idea. She says that for people of color, "you're kind of constantly trying to gage whether or not it's worth it to be vulnerable or share how someone hurt you when your white colleagues or co-workers or friends mess up."

"There's a different cost for my friends of color to be in a relationship with me," Toporek says. "So I think one of the things that's really important is ongoing being a friend, on an ongoing basis, for lots of different things, not just like thinking about racism as a part of our friendship. But when there's something horrible that happens, those relationships are number one for me to be there for them, as they for me, it's a relationship, and it should be reciprocal, but also so that I have a broader understanding of the world."

Kennedy closes by saying that "everything I thought about how I existed in my white body in the world is very wrong." She laughs, "And I needed this new lens to see the world through, so I think that's been a big piece of my own work."