"We'll be open until they drag me out of here," said Adamson Barbecue owner Adam Skelly on Tuesday. 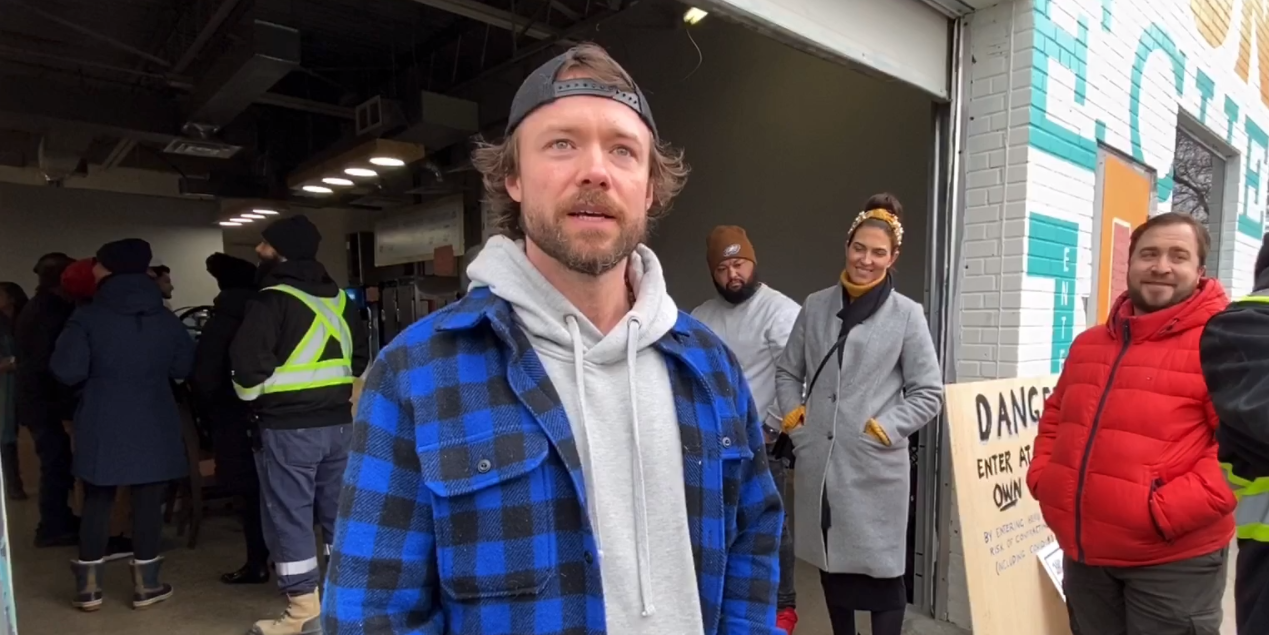 The owner of Adamson Barbecue, the Etobicoke restaurant that has decided to defy orders and open their doors, says that he should have acted sooner in defying lockdown.

"I've been thinking about doing this for six months, and to be completely honest, I should have done this ages ago," said Adam Skelly,  in the parking lot of his restaurant which saw lines out the door.

"I didn't realize the amount of support that would show up," said Skelly. "I knew it was time to stand up and do something and do what's right."

"I told myself a lot of times, one more step, one more step towards hurting small business and I'm gonna do it. And I acted out of cowardice, and I didn't," Skelly continued, noting that the catalyst for the opening was the new lockdown and new restrictions that hit the Toronto and Peel regions on Monday.

"We'll be open until they drag me out of here."

Skelly expressed frustration at media outlets who refused to tell "both sides of the story."