WATCH: Alan Dershowitz SLAMS Biden administration for 'the weaponization of the justice system'

Dershowitz said regarding the FBI’s raid on former President Trump’s Florida home at Mar-A-Lago, "A raid is supposed to be a last resort. But this administration has used the weaponization of the justice system against its political enemies. 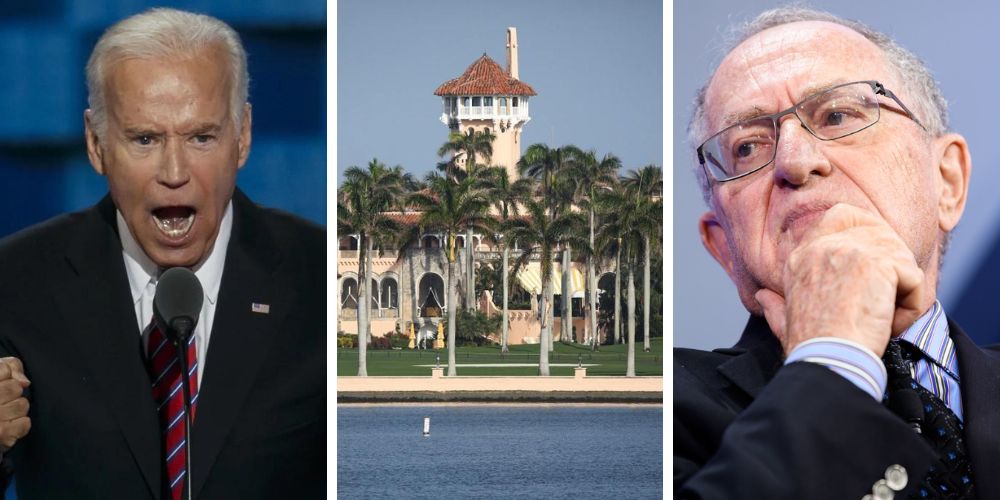 Attorney Alan Dershowitz joined Rob Schmitt on Newsmax Monday night to give a legal perspective on the FBI’s raid on former President Trump’s Florida home at Mar-a-Lago earlier in the day and accused the Biden administration of weaponizing the justice system.

Dershowitz said, "A raid is supposed to be a last resort. But this administration has used the weaponization of the justice system against its political enemies. It’s arrested people, denied them bail, put them in handcuffs, used all kinds of techniques that are not usually applied to American citizens."

"I suspect it has to do with some investigations leading toward Donald Trump and some of his associates," he added. "Again, the law is clear: You don’t engage in a raid unless you’ve exhausted all of the other remedies unless you believe that the person you raided will destroy the evidence. Raids are not the first recourse in America; they’re the last recourse."

Dershowitz continued, "And so, the government will have to show a court eventually that they exhausted all other possibilities, or they had a reasonable basis for believing that the evidence would be destroyed if it was sought in the normal legal course of events through a subpoena. Raids are a last resort, but today, in many instances, it’s being used as a first resort."

The famed lawyer then said regarding the FBI’s raid on Trump’s home, "Unless there is evidence that we’re not aware of, this is improper, and it is misconduct. We have to find out what the facts are. But we have to make sure the shoe fits on the other foot, that we want to make sure what’s being one here is something that Democrats would not oppose if it were being done to Democratic operatives, as well. I don’t think it passes the test."