"One of the reasons I endorsed Erin is because he's been a consistent, long-time leader on real priority issues around Albertans on oil and gas, pipelines, fairness in the federation, jobs in the economy," said Kenney. 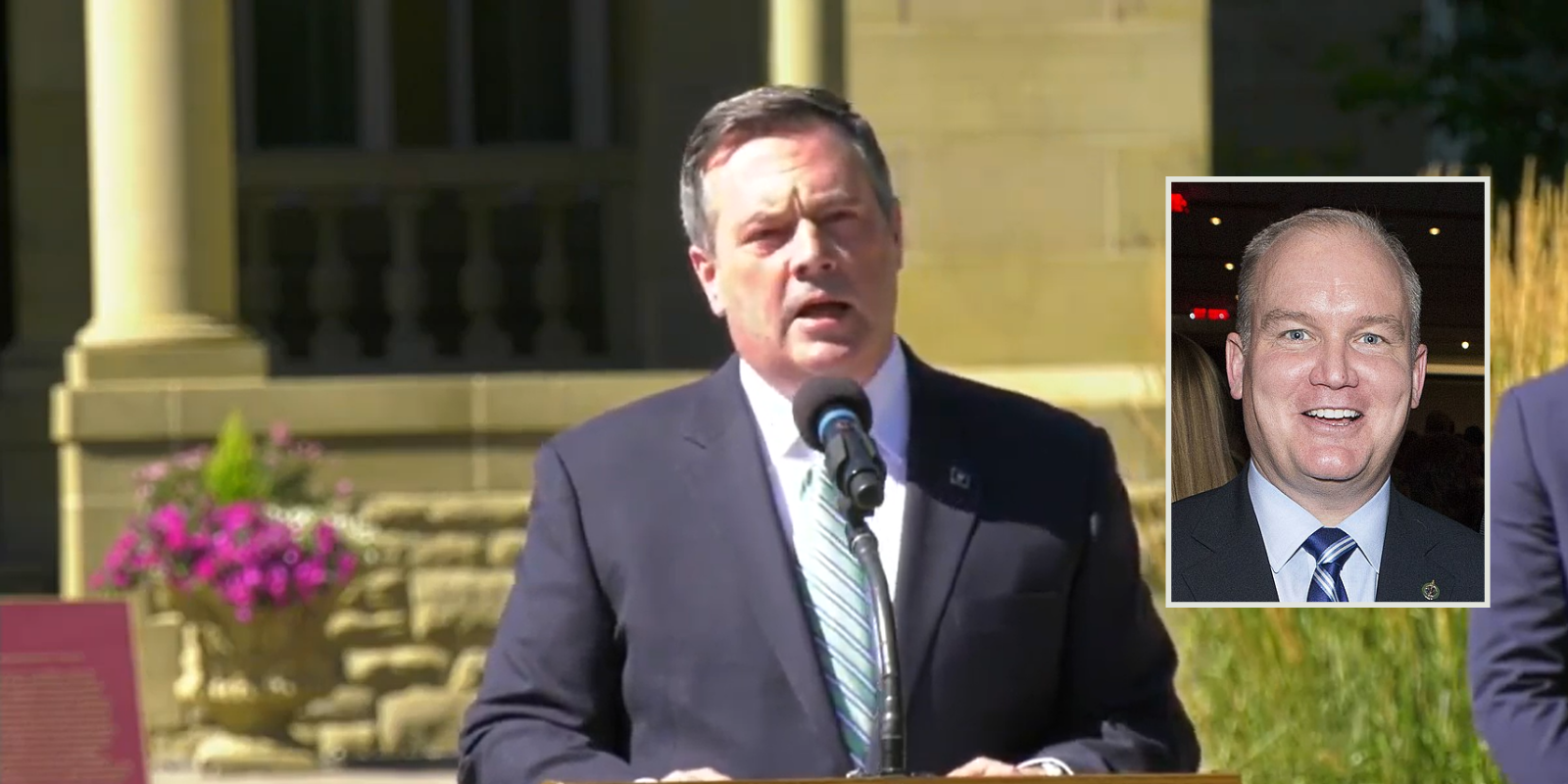 Alberta Premier Jason Kenney shuffled cabinet today, moving Doug Schweitzer from Justice to the new ministry of Jobs, Economy and Innovation, which will replace the ministry of Economic Development, Trade and Tourism.

Kaycee Madu will also be moving to Justice from Municipal Affairs.

Former minister Tanya Fir has been dropped from the Kenney cabinet entirely.

"All three of these people have proven themselves both in caucus and in cabinet to be people of extraordinary talent," said Kenney. "When you're in my position, you have to choose the right people for the right job, at the right time."

Premier Kenney congratulated O'Toole for his close victory, going so far to say that he was "delighted" by the results.

When asked what Kenney believes O'Toole can do to make things better for Alberta, Kenney said: "Let me say first, I'm delighted—very happy with the election of my friend Erin O'Toole as the leader of the Conservative Party... [He has] total dedication to fairness for Alberta, and a strong future for our resource industries... Yesterday, in his very first conversation with the prime minister after becoming opposition leader, the first issue that Erin raised was Western alienation and the need for the national government to respond in a real and detailed way to it."

"One of the reasons I endorsed Erin is because he's been a consistent, long-time leader on real priority issues around Albertans on oil and gas, pipelines, fairness in the federation, jobs in the economy," Kenney continued.

"I was very excited to see the tremendous support for my friend Dr. Leslyn Lewis," Kenney also noted.

Earlier Tuesday, O'Toole said that he spoke with the prime minister about his concerns regarding Western alienation and national unity issues.

"Because Western alienation is so significant a threat to Canadian unity, I don't believe we have even one day to spare," said O'Toole.

O'Toole pointed to the Liberal Party's coming throne speech, saying that if the Liberals "continue to leave out the ability for Canada's resource sector to bring Canadian resources to market," that there would be "more Western alienation" and less job opportunities for those in Ontario and Atlantic Canada.