Speaking to her fans on Instagram after the Jan. 6 riot in Capitol Hill, Rep. Alexandria Ocasio-Cortez said that during the events of that day there were "acts of betrayal." 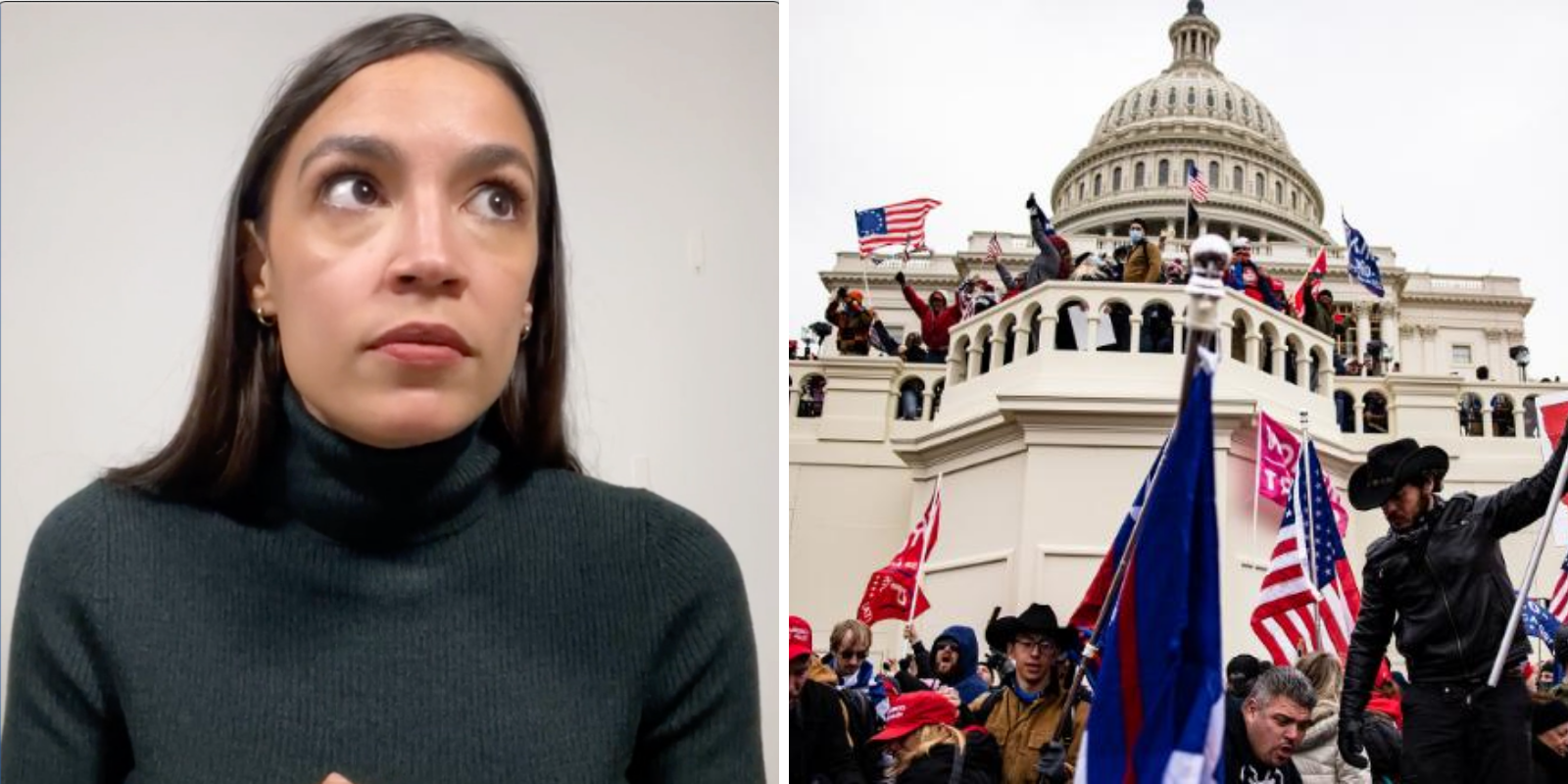 Speaking to her fans on Instagram after the Jan. 6 riot in Capitol Hill, Rep. Alexandria Ocasio-Cortez said that during the events of that day there were "acts of betrayal."

She said that "to run in the Capitol, in our nation's Capitol, and not know if an officer is there to help you or to harm you is also quite traumatizing."

She spoke about the "secure extraction point" that congressmen went to in order to shelter-in-place, but that she "did not even feel safe going to that extraction point because there were QAnon and white supremacists sympathizers. And frankly white supremacist members of congress in that extraction point, who I know, and who I have felt, would disclose my location, and would allow me to, who would create opportunities to allow me to be hurt, kidnapped, etc. And so I didn't even feel safe around other members of congress."

In her hour plus disclosure on Instagram, Ocasio-Cortez said that Trump's "white supremacist" supporters would "rather see our country burn than to see them be shoulder to shoulder, equal to others.

"And since a white supremacist world and supremacy in general is a myth it will never be true for anybody, since supremacy is a myth they have to resort to violence. They have to. Because there is no other way for them," Ocasio-Cortez said.

She then called on congressmen with whom she disagrees to resign, calling out Sen. Ted Cruz and Rep. Josh Hawley, saying that they do not belong in Congress. She said that "if they had any shred of integrity about their claims they would take off their pin and turn it in." She said that they "would never command the respect of this country" and that they should resign, as should any congressmen who voted against the Electoral College certification of Joe Biden.

The siege of Capitol Hill on Jan. 6 occurred after President Trump delivered a speech in Washington, DC., at the ellipse. Supporters of the president took their grievance over the election results to Capitol Hill, where many of them broke into the Capitol, disrupted Congress, sent congressmen fleeing for cover. Five people died during these events, including Capitol Hill Police Officer Brian Sicknick and California resident Ashli Babbit.

While the vote in the joint session of Congress to certify the results were initially disrupted, Congress met after the Capitol had been secured, resumed the vote, and certified Joe Biden as the next president of the United States. His inauguration will take place on Jan. 20.