WATCH: Joe Biden makes another bizarre reference to Democrats 'sucking the blood out of kids'

"Are there people in the Republican Party who think we're sucking the blood out of kids?" Biden asked. 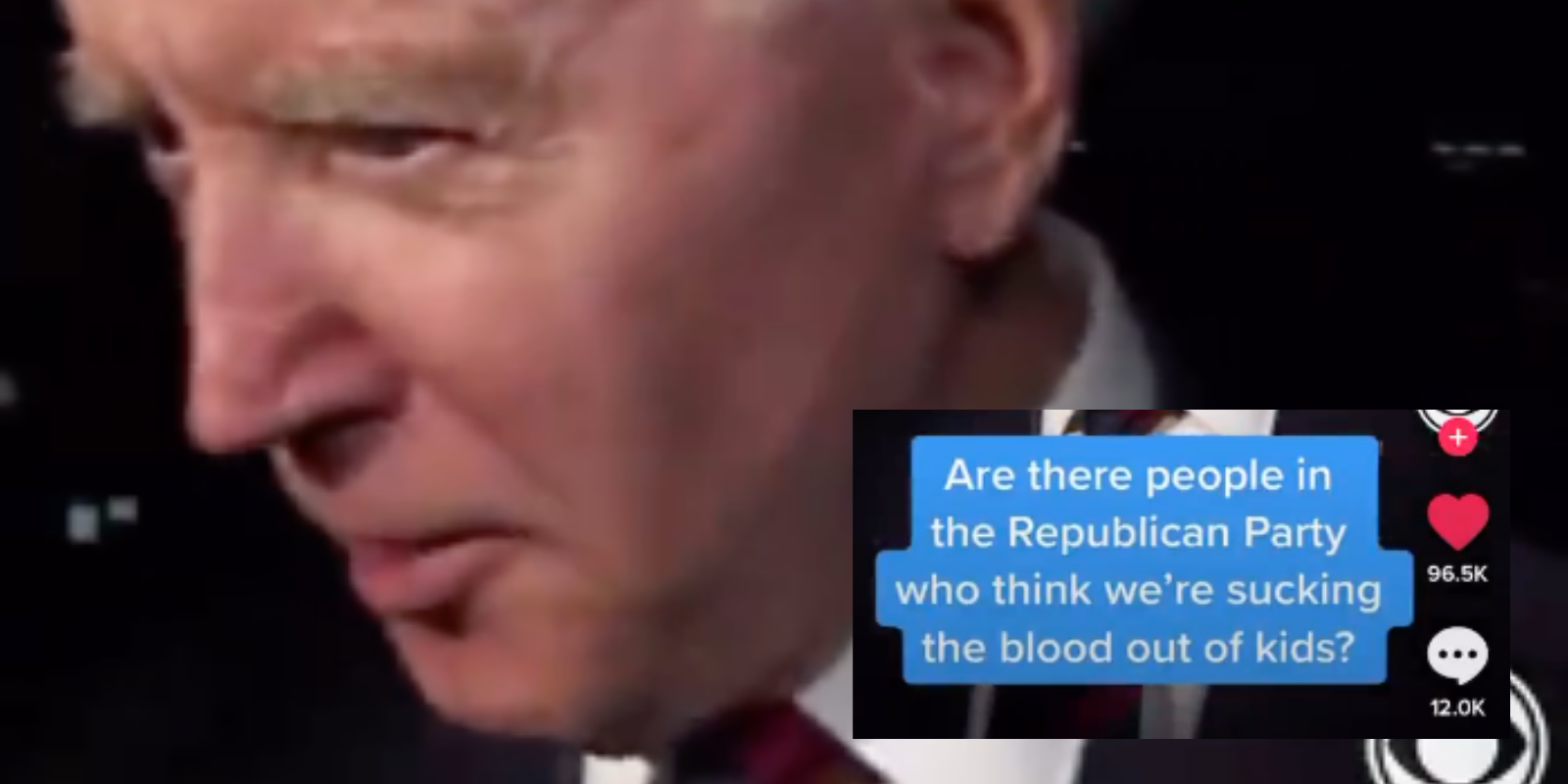 President Joe Biden answered a few brief questions after arriving on Marine One on Thursday, speaking to reporters from the South Lawn. In so doing, he made an odd comparison between that the question and one in which he asked if Republicans "think we're sucking the blood out of kids?"

As reporters approached, with the sound of the helicopter in the background, Biden was asked "Mr. President, can you clarify what you said about no — that there’s no — no one in the Democratic Party is anti-police?"

"I didn't say that," the President said.

"Okay," the reporter pressed. "And are there people who — in the Democratic Party, who want to defund the police?"

"Are there people in the Republican Party who think we're sucking the blood out of kids?" Biden asked.

While Reps. Cori Bush, Alexandria Ocasio-Cortez, Jamaal Bowman, Ayanna Pressley, Ilhan Omar, Rashida Tlaib, and others in the Democratic Party have been advocating for police defunding for the majority of their congressional careers, the White House has attempted to frame "police defunding" as the purview of the GOP.

White House Press Secretary Jen Psaki repeatedly claimed that the GOP's refusal to back a massive, $1.9 trillion spending bill, which contained $300 million for a community policing program, meant that Republicans were intending to "defund police."

These remarks on Democrats and "sucking blood" from children were not the first on the subject from the Commander-in-Chief. During a CNN Townhall on Wednesday, he made a similar comment.

Biden was asked by anchor Don Lemon "If Republicans and Democrats can't come together to investigate the biggest attack on our Capitol in 200 years, what makes you think that they can come together on anything?"

"These people," Biden replied. "No, I mean it. I'm not being facetious. Democrats and Republicans. I don't care if you think I'm Satan reincarnated. The fact is you can't look at that television and say nothing happened on the 6th. You can't listen to people who say this was a peaceful march."

"No, I'm serious," Biden went on. "Think about it. Think of the things being said. I’ve been through the other end of this when the Democrats 35 years ago were way off to the other side. Think about it."

"But what you can do, though," Lemon asked, "what they can do is try to change the narrative and say, well, why wasn't Nancy Pelosi prepared? Why weren't the Democrats prepared for that to happen?"

"Well, no, they can say that and you can make honest judgments about it," Biden replied. "I have — look, I sometimes get myself in trouble for what I'm about to say. Not that I get in trouble. As you've heard me say before, no one ever doubts I mean what I say. The problem is I sometimes say all that I mean.

"But all kidding side, I have faith in the American people — I really do — to ultimately get to the right place. And, by the way, many times Republicans are in the right place. I don't mean it's always Democratic point of view. But some of the stuff —

"I mean, Qanon," Biden said, "the idea that the Democrats or that Biden is hiding people and sucking the blood of children and — no, I'm serious. That's — now you may not like me, and that's your right. Look, it's a simple thing. You can walk out and say, I just don't like the way that guy wears his tie. I'm voting against him. You have a right to do that. You have a right to do that."

Biden ran on a ticket of unity during the 2020 presidential election.