WATCH: Biden looks at watch during reception of fallen US soldiers killed in Kabul

On Sunday at Dover Air Force Base in Dover, Delaware, President Joe Biden was present at the reception of fallen US soldiers killed in Afghanistan. At one point, he appears to check his watch. 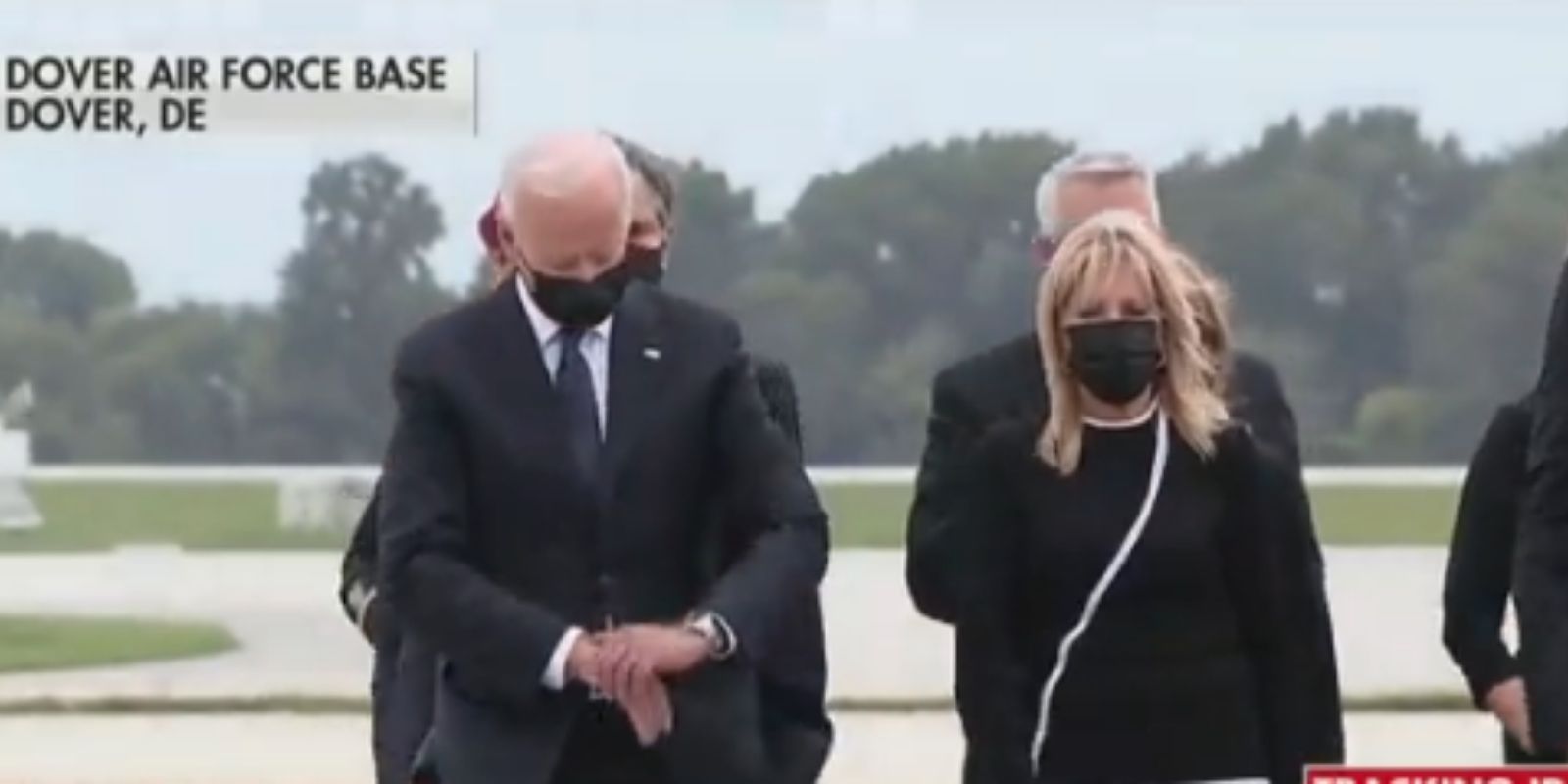 On Sunday at Dover Air Force Base in Dover, Delaware, President Joe Biden was present at the reception of fallen US soldiers killed in Afghanistan. At one point, he appears to check his watch.

Biden, standing by his wife, Jill Biden checked his watch as a fallen soldier was received stateside. "You can see him jerk his left hand to pull the watch out from under his sleeve, then look down at it," reported Fox News Columnist Nicholas Fondacaro.

The couple initially placed their hands over their hearts in a gesture of great reverence and solidarity.

"This is shocking and will be remembered," tweeted Republican Governor Mike Huckabee.

As of this writing, nine of the 13 US servicemen killed in the Kabul airport bombing have been identified, and their identities released to the public.

Two of the families of the deceased have requested total privacy, and the press was ushered out while the bodies came down from the plane.

On Friday, Biden commended the "bravery and sacrifice" of the US military. He said while the 13 deaths were "tragic," they died for a "worthy mission."

"The 13 service members that we lost were heroes who made the ultimate sacrifice in service of our highest American ideals and while saving the lives of others," said Biden.

"Their bravery and selflessness have enabled more than 117,000 people at risk to reach safety thus far. May God protect our troops and all those standing watch in these dangerous days."