WATCH: Biden says 'no one f*cks with a Biden,' but OPEC has 'done just that': Peter Doocy

Peter Doocy said on Fox News Wednesday that Biden has asked OPEC+ “to increase production.” Instead “they decided to decrease it, and now gas prices back home may start rising at a terrible time for him politically.” 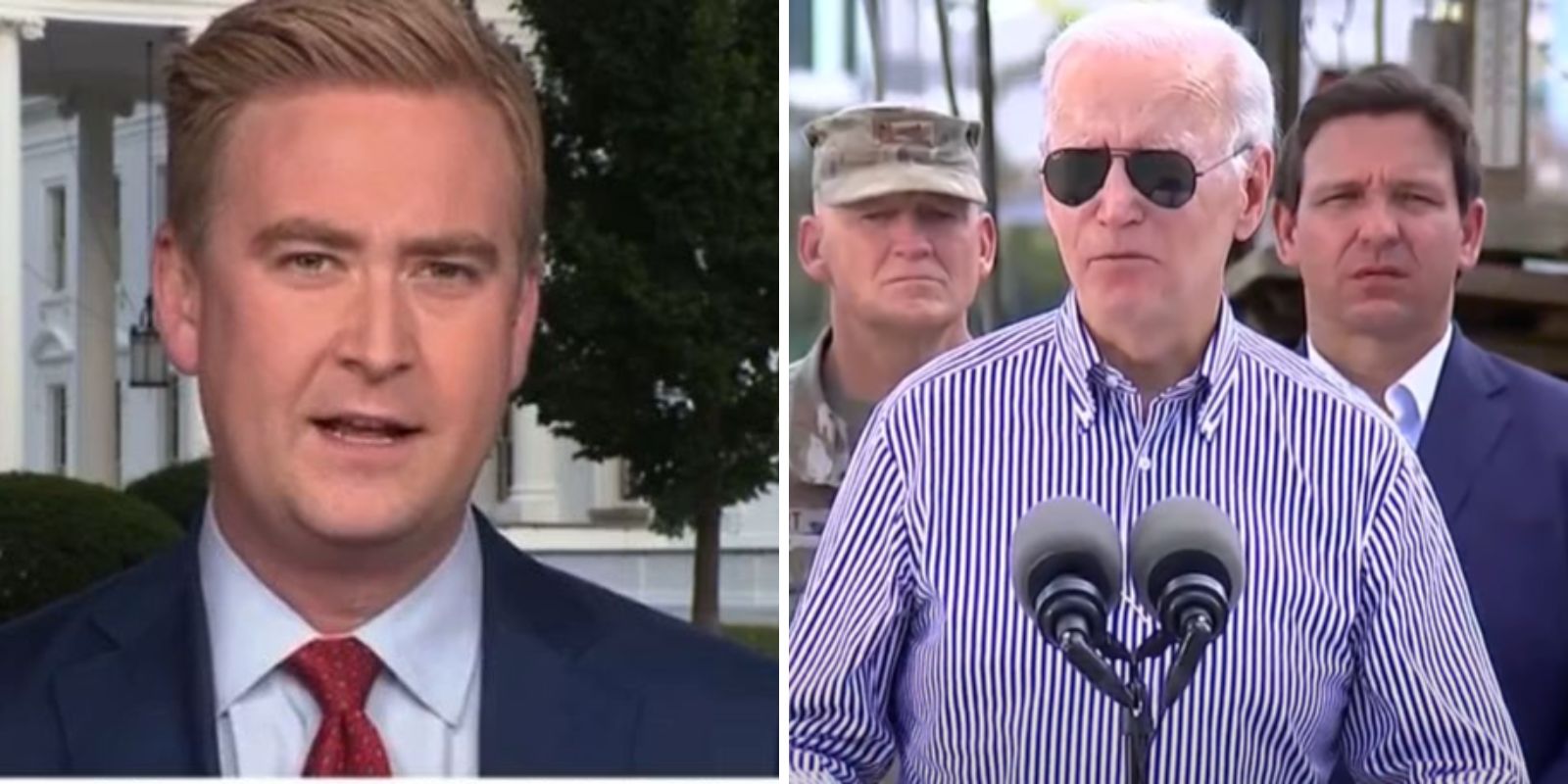 The Post Millennial
Oct 6, 2022 minute read
ADVERTISEMENT
ADVERTISEMENT
President Joe Biden claimed on Wednesday that "no one f*cks with a Biden," but OPEC+ appears to be doing just that.

Biden made the remark after attending a press conference in Florida where he spoke alongside Florida Republican Governor Ron DeSantis before surveying the damage caused by Hurricane Ian.

Peter Doocy said on Fox News Wednesday that Biden has asked OPEC+ “to increase production.” Instead “they decided to decrease it, and now gas prices back home may start rising at a terrible time for him politically.”

The White House stated on Wednesday that OPEC's decision to slash oil production indicates that the oil consortium is "aligning with Russia." OPEC's decision comes three months after Biden on a visit to Saudi Arabia met with Crown Prince Mohammed bin Salman “in part by a desire to convince Saudi Arabia, the de facto leader of OPEC, to increase oil production which would help bring down the then-skyrocketing gasoline prices.”

Doocy continued, “The president says ‘no one f’s with a Biden’ but it appears OPEC Plus has done just that.” He pointed out that the group of oil-producing nations agreed to cut oil production by 2 million barrels per day “which could make inflation in America worse while giving Russia away to minimize the impact of global sanctions.”

Doocy cited the president of the US Oil and Gas Association who said that the White House has one option left and “is the one they should have never turned away from in the first place,” US domestic oil production. Doocy quipped, “life comes at you pretty fast.”

However, White House officials have continued to argue that the spiking prices proves them correct in stating that fossil fuels are not the future and instead the country should look to “green” alternatives.

During Wednesday’s press event in Florida, Biden claimed that the hurricane helped make the case that manmade climate change needs to be addressed by remaking the energy sector.
Biden said, "I've been to a lot of disaster areas in the last couple of months and last six months," Biden told the crowd of reporters prior to speaking with the man. "Fires that burn in the west and southwest, burn everything right to the ground. The entire state of New Jersey and as much room as that takes up. And the reservoirs out west are down to almost zero... There's a lot going on, and I think the one thing this has finally ended is the discussion about whether or not there's climate change and we should do something about it.”

Doocy pointed out that there remains “confusion about what the White House will do. Since we were told 180 million barrels already ordered out of the Strategic Petroleum Reserve, or SPR, would be it.”

However, “today in a reversal, the White House says the President will continue to direct SPR releases as appropriate to protect American consumers and promote energy security,” Doocy noted.

He added that the SPR is “already set to be at a 40-year low by the end of this month. White House officials are telling us they are going to work with Congress about figuring out ways to replenish those reserves, but based on everything that happened today, every barrel of oil they're going to need to buy is going to be a lot more expensive.”