WATCH: Joe Biden tells Florida man 'no one f*cks with a Biden'

Biden spoke with a constituent, and could be heard to remark "no one f*cks with a Biden." 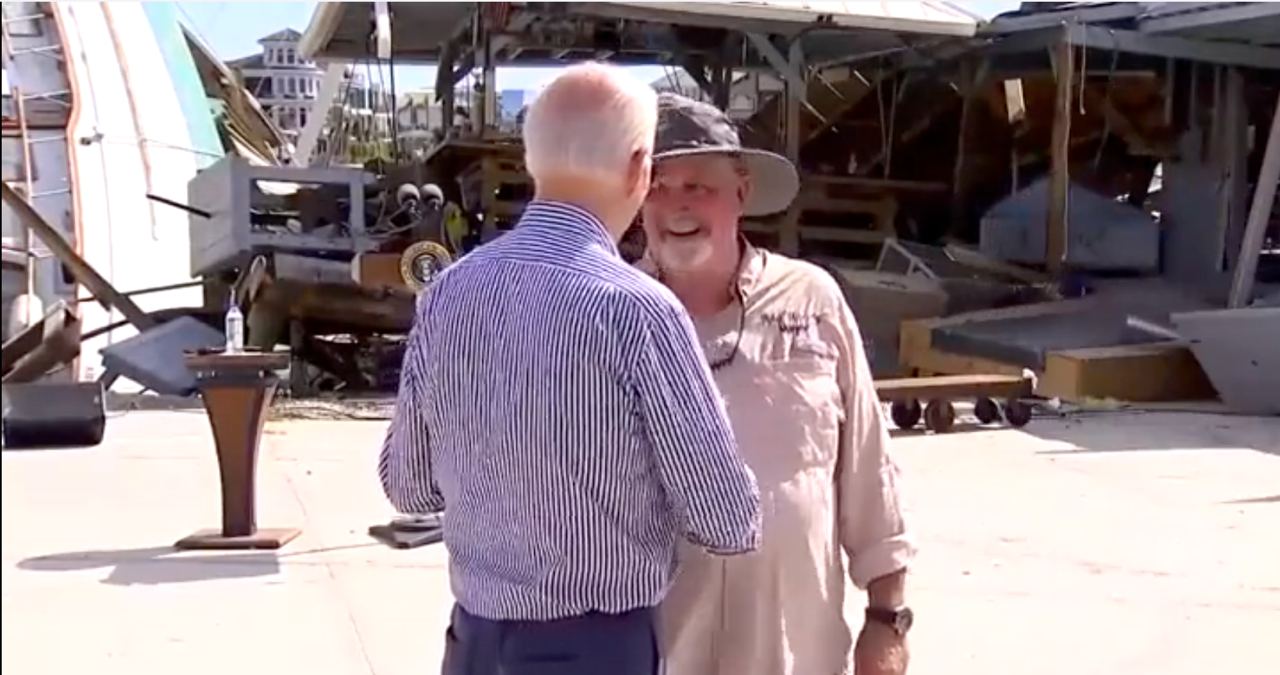 The Post Millennial
Oct 5, 2022 minute read
ADVERTISEMENT
ADVERTISEMENT
President Joe Biden attended a press conference in Florida on Wednesday where he spoke alongside Florida Governor Ron DeSantis before surveying by helicopter the damage caused by Hurricane Ian, which swept through the area last week.

After making the case that the forceful hurricane helped make the case that manmade climate change needs to be addressed by remaking the energy sector, Biden spoke with a constituent, and could be heard to remark "no one f*cks with a Biden."

The man had thanked Biden for coming down to Florida to survey the damage as the two shook hands. Much of what the president says is unintelligible, but they can be seen laughing as the President makes the off-color comment.

"I've been to a lot of disaster areas in the last couple of months and last six months," Biden told the crowd of reporters prior to speaking with the man. "Fires that burn in the west and southwest, burn everything right to the ground. The entire state of New Jersey and as much room as that takes up. And the reservoirs out west are down to almost zero... There's a lot going on, and I think the one thing this has finally ended is the discussion about whether or not there's climate change and we should do something about it," he said.

Prior to Biden's visit to Florida, Vice President Kamala Harris indicated that monetary relief would be available to Floridians on a race-based basis, with those who identify as persons of color being first in line for those funds. This was later fact-checked by the DeSantis campaign's Rapid Response Director, who said that funding would prioritize all affected Floridians regardless of race.