Ron DeSantis and Joe Biden held a press conference prior to the flight, where Biden took a swipe at DeSantis by saying that the debate around climate change is over. 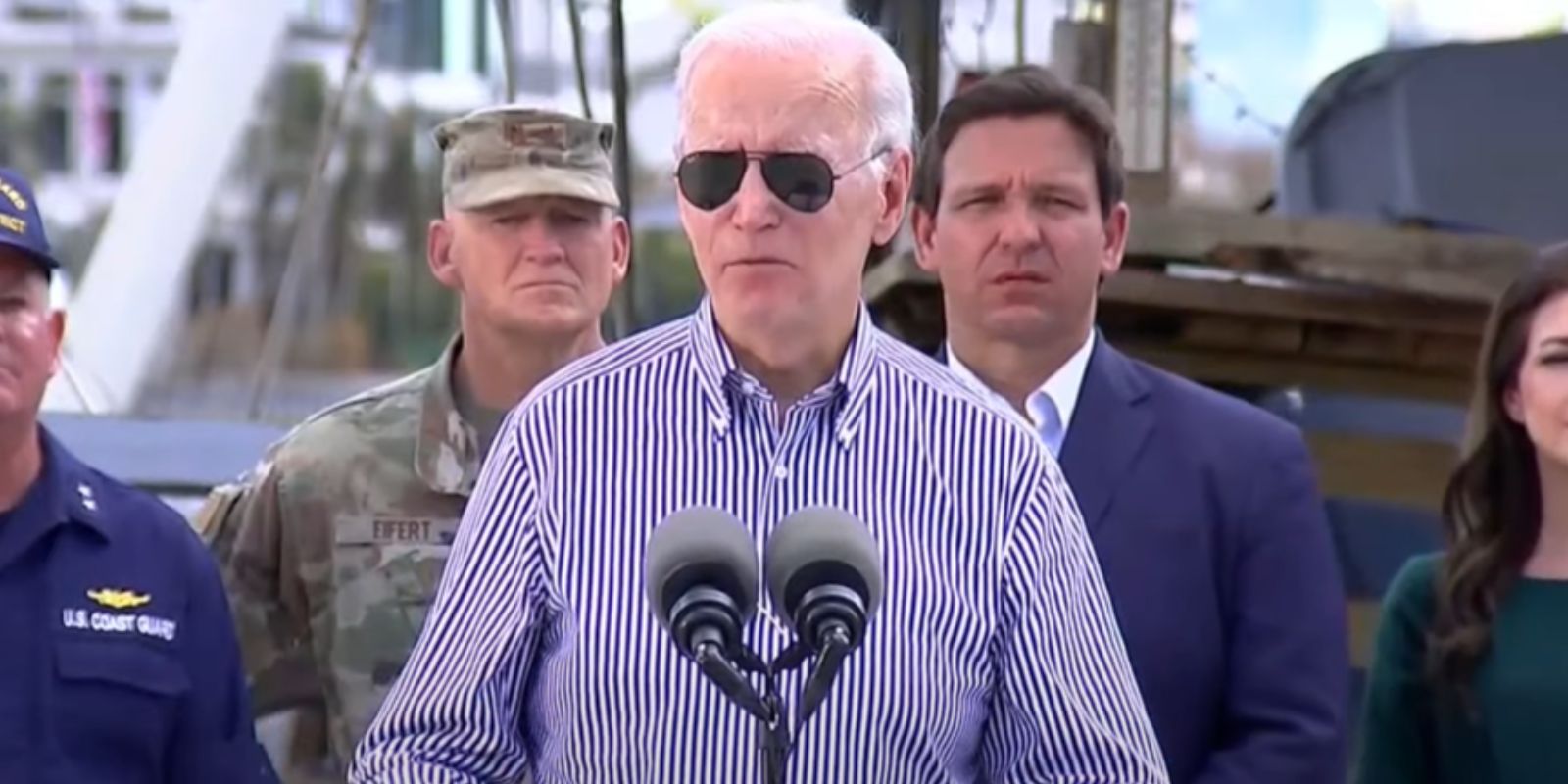 DeSantis and Biden held a press conference prior to the flight, where Biden took a swipe at DeSantis by saying that climate change is responsible for the natural disaster. Biden, who presses for action on climate change, has declared it a health emergency, and used that logic to press for a remaking of the entire energy infrastructure to operate off of wind and solar energy.

"I've been to a lot of disaster areas in the last couple of months and last six months," Biden began. "Fires that burn in the west and southwest, burn everything right to the ground. The entire state of New Jersey and as much room as that takes up. And the reservoirs out west are down to almost zero... There's a lot going on, and I think the one thing this has finally ended is the discussion about whether or not there's climate change and we should do something about it," he said.

DeSantis thanked Biden during his segment of the conference, as the federal government will cover expenses for "debris removal and emergency protective measures" in the 60 days after the storm.

"The state, we work within federal counties, and then, of course, the federal government, FEMA, providing support. I think we've worked as well across the state, local, and federal, of any disaster that I've seen," said DeSantis.

"... One of the things we're seeing in this response, we're cutting through the bureaucracy and the red tape, from local government, state government all the way to the president, so we appreciate the team effort. This is something that is—these storms come, they're on the horizon, you project they could be bad. Oftentimes, they don't get to that level. This was the full monty," said DeSantis, saying the storm met the "highest expectations."

"Mr. President, welcome to Florida. We appreciate working together across various levels of government," DeSantis said in introducing Biden.

"Well, Gov and the first lady, thank you very much for the hospitality," Biden said.

Later, Biden would go on to say, "The biggest thing the governor has done and so many others have done, they've recognized ... this thing called global warming. The world is changing."