According to Christina Pushaw, Rapid Response Director for the DeSantis campaign, Harris' rhetoric is "false," and Federal Emergency Management Agency (FEMA) assistance is available to anyone, regardless of race. 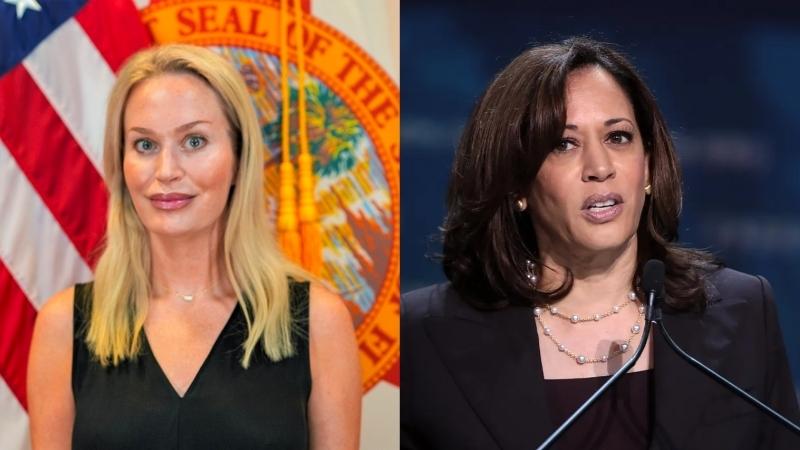 Olivia Rondeau
Oct 1, 2022 minute read
ADVERTISEMENT
ADVERTISEMENT
Vice President Kamala Harris has come under fire for a speech in which she said that federal Hurricane Ian relief would prioritize "communities of color," in order to promote "equity," prompting backlash.

The vice president declared to actress Priyanka Chopra Jonas at the Democratic National Committee's Women's Leadership Forum on Friday, "It is our lowest income communities and our communities of color that are most impacted by these extreme conditions and impacted by issues that are not of their own making."

"And women," Jonas added, to which Harris replied, "Absolutely."

She added, "And if we want people to be in an equal palace, sometimes we have to take into account those disparities and do that work."

According to Pushaw, who is also the Republican governor's former press secretary, Harris's rhetoric is "false," and Federal Emergency Management Agency (FEMA) assistance is available to anyone, regardless of race.

Another member of DeSantis' team, Misha Fitton, thanked Pushaw for providing the correct information due to it causing confusion amongst Floridians who had been impacted by Hurricane Ian.

"Thank you. I had a couple locals text me about this to ask if they would get aid later than other people. The VP should not be causing this confusion," he wrote.

Several other notable figures criticized Harris's remarks, with Tesla CEO and SpaceX founder Elon Musk tweeting "Should be according to greatest need, not race or anything else."

Ian Miles Cheong also slammed the divisive and confusing speech, writing "Sorry whites affected by Hurricane Ian. Kamala Harris explains why white families will be getting the shaft when it comes to federal funds, which are going to be allocated to 'communities of color' in the name of equity over equality."

Pointing out the irony in the vice president's statement in comparison to the administration's foreign policy, American Greatness senior writer Julie Kelly criticized the apparent double standard in regards to sending aid to Ukraine.