"We must stand and say it is wrongheaded and intended to harm when you pass laws that deny a woman a right to make decisions about her body." 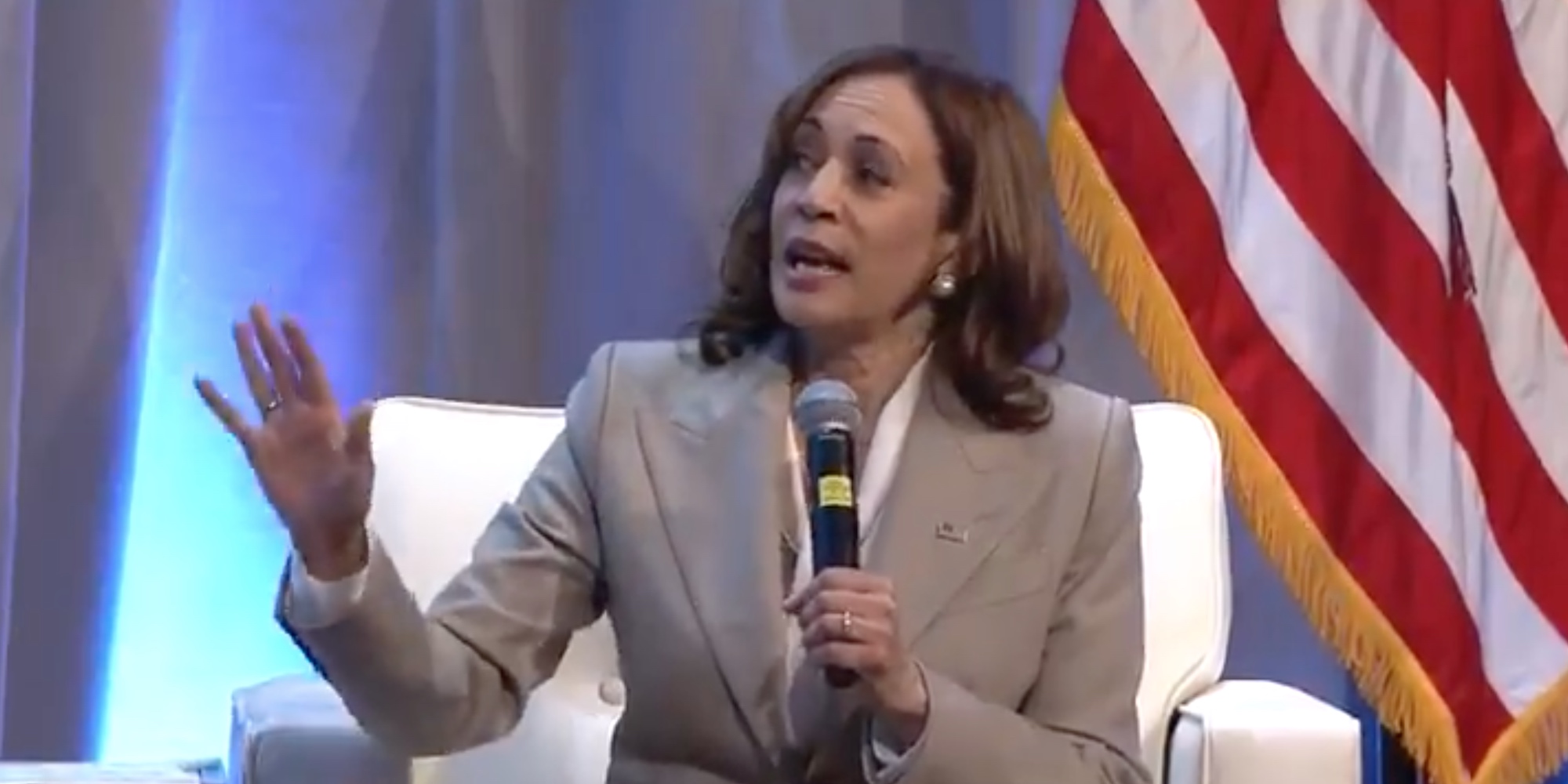 Throughout the pandemic, Democrats fought vehemently to pass laws requiring Americans to comply with their vaccine mandates. With the reversal of Roe v. Wade, however, Democrats all of a sudden changed their tone, becoming staunch advocates for bodily autonomy.

On Friday, Vice President Kamala Harris decried the passing of laws that dictate what people can and can't do with their bodies, seemingly unaware that her administration had spent the past two years doing just that.

"This is a moment," Harris began, "where ...  we must stand and say it is wrongheaded and intended to harm when you pass laws that deny a woman a right to make decisions about her body."

Referencing the slew of pro-life laws that have been passed as of late, Harris went on to decry the fact that there have been few exceptions made for rape and incest.

She stated that people "should not have to endure an act of extreme violence and then not have the ability to have agency and autonomy to decide what happens next."

Harris went on to suggest that there is a "full-on attack on freedom and liberty in America." She was referencing recent debates over abortion and same-sex marriage, however, the exact same statement was made by Republicans constantly during the pandemic over the Biden administration's Covid policies.

The VP went on to claim that Democrats were the party of fighting for freedom and liberty, a title also claimed by Republicans.

It appears as though if there's one thing uniting polarized American politicians, it's the belief that one side is attempting to take away the rights of the other.

Among ordinary citizens on both the right and left, there have been increased calls for bodily autonomy. While they may appear different on the surface, their desire for less government interference in private life are more alike than they'd care to admit.

When it comes down to it, the message is simple; my body, my choice.