Harris said the ruling, which protects the life of the unborn, "is very problematic on so many levels" as she continued her parallel of pro-life politics to slavery. 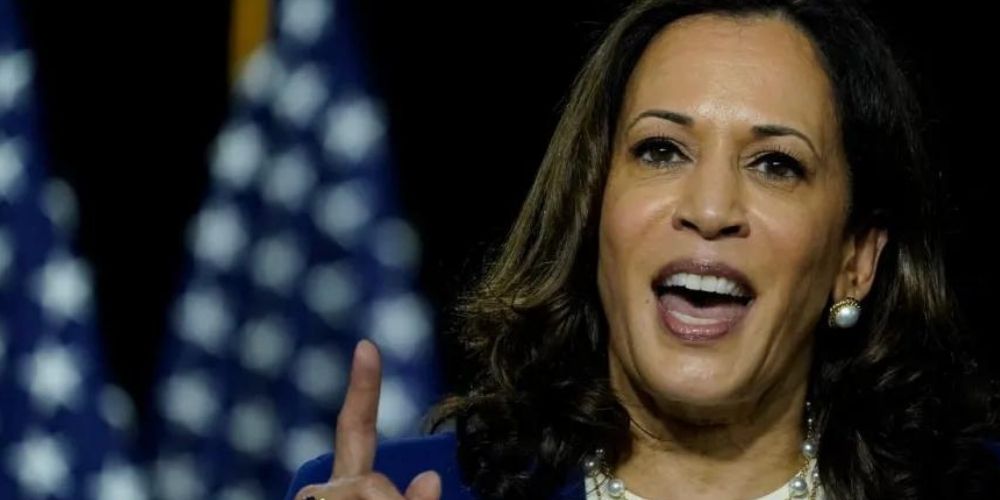 Vice President Kamala Harris said the end of Roe v. Wade was akin to slavery on Saturday at the Essence Festival in New Orleans.

According to The National Review, Harris said that the United States has a "history of government trying to claim ownership over human bodies," a comment referencing American slavery which ended in 1865 after several years in which the Northern States fought the South's Confederacy in America's bloody Civil War.

The Vice President's rhetoric around abortion stems from the landmark Supreme Court decision on June 24 that overturned Roe v. Wade. That ruling sent regulation of abortion back to the states.

Harris said, "We have to recognize we're a nation that was founded on certain principles that are — that are grounded in the concept of freedom and liberty. And we had supposedly evolved from that time and that way of thinking."

Harris has had a history of comparing things to slavery in the past. In September of 2021, she said that border patrol agents who were using reins on horses was reminiscent of "times of slavery." She's also said Joe Biden was racist and that she was unfairly treated in the media because of racism.

Democratic partisans have compared many things to slavery in recent years, such as the NFL and voter ID requirements.

Kamala said the ruling, which protects the life of the unborn, "is very problematic on so many levels" as she continued her parallel of pro-life politics to slavery.

After the SCOTUS decision, Democratic leadership became incensed. Nancy Pelosi called the ruling "dark," "extreme," and "radical." AOC and Elizabeth Warren have called for abortion tents on federal land like parks. And President Joe Biden has promised to codify a pro-abortion mandate into law.

Harris had said during a speech on the Friday prior that the Roe v. Wade decision "calls into question other rights that we thought were settled" and leaned into recent Democratic talking points that suggest the Supreme Court could target gay rights next.