BREAKING: Biden reverses course on filibuster, declares it should be ended to codify Roe 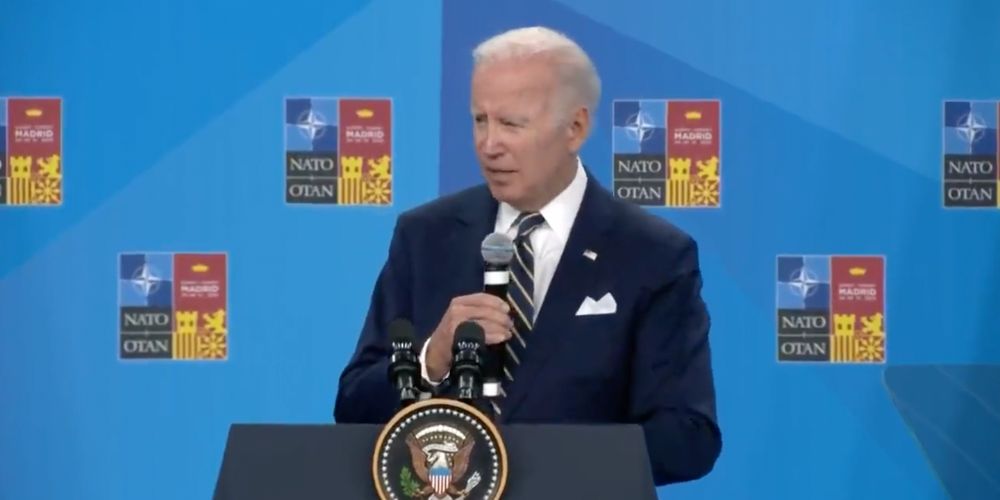 Speaking from the NATO Leaders summit in Madrid on Thursday, President Joe Biden told reporters that the US must codify Roe v Wade into law, and that if it can’t get there due to a filibuster, that there must be an exception created.

"The most important thing to be clear about is, we have to change — I believe we have to codify Roe v Wade in the law, and the way to do that is to make sure that Congress votes to do that," said Biden.

In a separate tweet issued by the President's account on Thursday morning, he expressed a similar sentiment, saying that an exception needs to be made for the filibuster on the action.

"We have to codify Roe v Wade into law," Biden wrote. "And as I said this morning: If the filibuster gets in the way, then we need to make an exception to get it done."

While Biden advocated for an exception tot he filibuster in this case, he has previously expressed on multiple occasions the disastrous results ending the filibuster could bring about.

In 2019, Biden told reporters on the campaign trail that "ending the filibuster is a very dangerous thing to do."

"Because it’s been used by progressives… to make sure that we did not get rolled over."

In 2005, while Biden was still serving as a Senator, he said that ending the filibuster is an example of "arrogance of power," and is a "fundamental power grab by the majority party."