Nancy Pelosi LOSES IT over Roe decision, calls it 'dark,' 'extreme,' and 'radical'

Pelosi's remarks were in response to the Supreme Court overturning Roe V Wade and sending abortion rights back to the states. 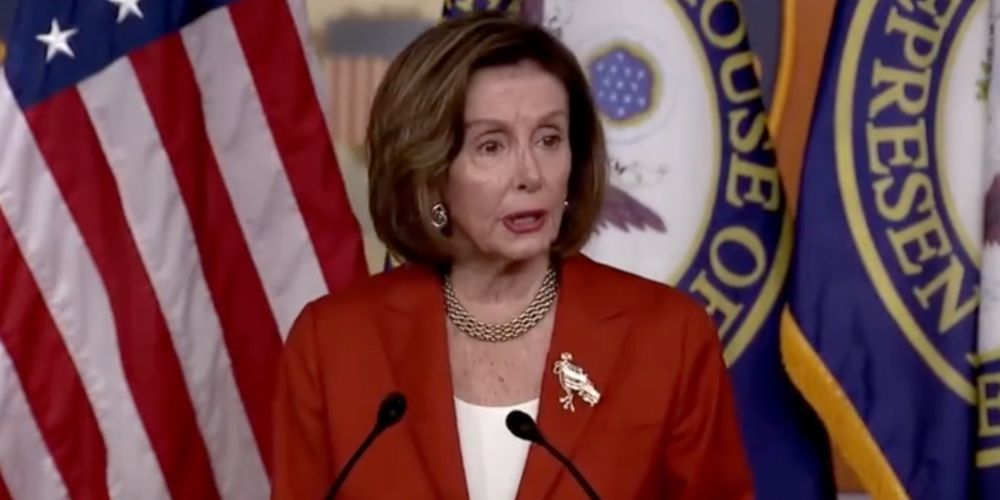 House Speaker Nancy Pelosi said in a statement today that the "radical Supreme Court" was pushing "extremism" with their "dark, extreme goal" of reversing Roe V Wade and preserving the life of the unborn.

Pelosi said the ruling is a "slap in the face to women" and is "ripping away a woman's right to make their own distinct reproductive health decisions" and that "women today have less freedom than their mothers."

In a 6-3 decision stemming from the case of Dobbs v. Jackson Women's Health Organization the Supreme Court ruled on June 23 that "The Constitution does not confer a right to abortion; Roe and Casey are overruled; and the authority to regulate abortion is returned to the people and their elected representatives."

The Supreme Court's ruling undid 50 years of precedent allowing abortion to be unhindered from a federal level.

Pelosi said, the "Supreme Court is eviscerating Americans' rights and endangering their health and safety" because they ruled abortion is no longer a federally protected activity. The Speaker continued to cry out that "Radical Republicans are charging ahead with their crusade to criminalize health freedom."

The Speaker said the next step in Republicans' nefarious plot to preserve life was to pass "a nationwide abortion ban."

News that the Supreme Court would rule this way has dominated the media since a May leak revealed the court's intention. Since then abortion enthusiasts have been railing about the decision.

The radical abortion group "Jane's Revenge" has escalated the matter with a string of firebomb and vandalism attacks on pro-life centers across the country, endangering the health and safety of citizens.

Pelosi placed the blame solely at the feet of "Donald Trump, Mitch McConnell and the Republican party" as several of the Justices who ruled against Roe were Trump appointees. The Speaker poured divisive language on Republicans and rhetorically pivoted to focus attention on the November midterms saying Republicans "cannot be allowed to have a majority in the Congress."

Pelosi promised to work to enshrine abortion rights through legislation, mirroring President Biden's promise to declare a health emergency to secure abortion rights. Pelosi's speech is one voice among many liberals who are losing it over today's decision.

Pelosi ended her remarks by contrasting today's decision to one yesterday where SCOTUS struck down a restrictive conceal gun carry law in New York. Pelosi called the court "hypocritical" for enabling fewer constraints on gun ownership but sending abortion to the states where it could become more restricted. Unlike abortion, which isn't mentioned anywhere in the Constitution, the country's founding document does grant the right to bear arms in its Bill of Rights.

Radical groups have promised to "tear the country down" during a "night of rage" because abortions are no longer protected on a federal level.