'We will shut this country down': Pro-abortion activists threaten America as Roe decision looms

On Thursday, activists in Washington DC threatened that they will "shut this country down" if SCOTUS rules alongside the draft leak opinion. 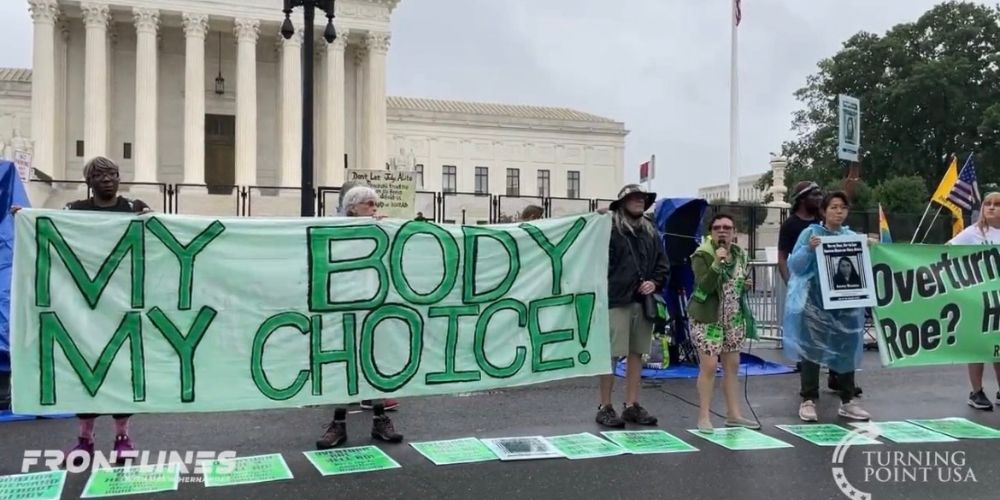 Tensions are drastically increasing among pro-abortion activists outside of the United States Supreme Court and across the country as the final decision looms on the fate of landmark abortion ruling Roe v. Wade.

On Thursday, activists in Washington DC threatened that they will "shut this country down" if SCOTUS rules alongside the draft leak opinion.

"WE WILL NEED TO SHUT THIS COUNTRY DOWN," Hernandez said on Twitter, quoting a speaker protesting outside the gates of the High Court.

The speaker then called on her peers to "rise up" if Roe v. Wade is overturned, according to Hernandez.

"We demand legal nationwide abortion," the protester remarked. "If they go forward with this draft and overturn Roe, they will make clear that they are illegitimate."

Other videos included activists engaging in explicit chants while advocating for women to have full rights to bodily autonomy through the ability to have abortions.

"F*ck the church," activists chanted outside the Supreme Court.

Another pro-choice protester blamed men for unwanted pregnancies and called on them to limit ejaculation.

Across the city, where women gathered to rally against biological males competing in women's sports, Antifa militants showed up and attempted to drown the event's speakers.

"SJW's waving flags with Antifa logos show up to attempt to crash and drown out the Pro Women's 'Our Bodies, Our Sports' rally here in DC. These are the same people that just left the Supreme Court preaching for 'women's rights,'" Hernandez reported.

Following the criminal draft leak of Dobbs v Jackson Women's Health in May, activists have organized mass protests throughout the United States hoping to sway the final opinion.

The draft indicated that a majority of the justices would side with Thomas E. Dobbs, the State Health Officer of the Mississippi Department of Health, leaving abortion decisions up to states and overturning the 1973 Roe v Wade ruling.

President Biden, along with Democrat leaders such as Nancy Pelosi and Chuck Schumer, encouraged protests outside of SCOTUS justices' homes. As a result, an armed man was arrested after he showed up to assassinate justice Kavanaugh, a conservative-leaning judge, at his home in Chevy Chase, Maryland.