"So, I know that there's an outrage right now, I guess, about protests that have been peaceful to date, and we certainly continue to encourage that outside of judges' homes and that's the President's position," Psaki said. 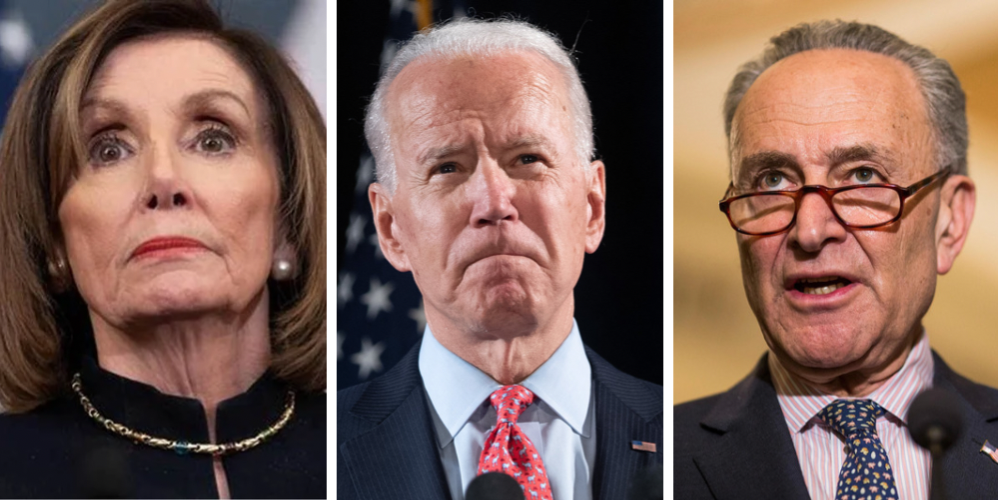 In the days following the May leak of the draft, when then-outgoing Press Secretary Jen Psaki was asked about Biden's thoughts on protesters demonstrating outside the homes of Justices, she said, "the President believes in peaceful protest," and urged activists to continue the practice.

"So, I know that there's an outrage right now, I guess, about protests that have been peaceful to date, and we certainly continue to encourage that outside of judges' homes and that's the President's position," Psaki said during the press conference.

The reporter who asked Psaki what the official Biden administration's stance was on protests outside the Justices' homes, clarified that in this case, the intimidation was toward justices in a pending court case, which is a breech of federal law.

Days after the draft was leaked, Senate Majority Leader Chuck Schumer targeted Justice Kavanaugh in a speech to pro-choice activists.

"I want to tell you, Kavanaugh, you have released the whirlwind," Schumer said,"and you will pay the price."

"You won't know what hit you if you go forward with these awful decisions," he added.

In a video that has since resurfaced, Nancy Pelosi called on individuals to actively pressure Supreme Court Justices to try to influence the final decision while appearing on MSNBC.

"We have to have clarity in what this draft decision means, so that the final decision doesn't go that far," Pelosi told MSNBC.

"Lincoln said 'public sentiment is everything. With it you can accomplish almost anything, without it nothing.' And women just have to weigh in. I don't think there's a good outcome here. But I think there's a better outcome than what we have seen in the first draft which is radical," Pelosi added.

At the same time Pelosi appeared on the network, far-left groups were publishing the private addresses of Justices' homes.

On Wednesday, an armed man was arrested outside Justice Brett Kavanaugh's personal home residence in Chevy Chase, a Maryland suburb of Washington, D.C., after making violent threats towards Kavanaugh's life.

The suspect, a 20-year-old from California, was reported to have been carrying a gun and a knife, as well as burglary tools, and allegedly said that he "wanted to kill" Kavanaugh, one of the court's conservative-leaning justices.

It was revealed later that day that the suspect, Nicholas John Roske was upset at the recent school shooting in Texas, as well as the draft opinion's decision to overturn Roe v Wade.

"Roske indicated that he believed the Justice that he intended to kill would side with Second Amendment decisions that would loosen gun control laws," the affidavit said.

"Roske stated that he began thinking about how to give his life a purpose and decided that he would kill the Supreme Court Justice after finding the Justice's Montgomery County address on the Internet. Roske further indicated that he had purchased the Glock pistol and other items for the purpose of breaking into the Justice's resident and killing the Justice as well as himself."

Following the leak in May, pro-choice activists descended upon the homes of Supreme Court Justices numerous times, with very little pushback from those in power.