"You convince yourselves that blacks are oppressed and that it is your job to stop that oppression. How have you not looked at the results to realize that what you did was immoral and had the opposite effect?" 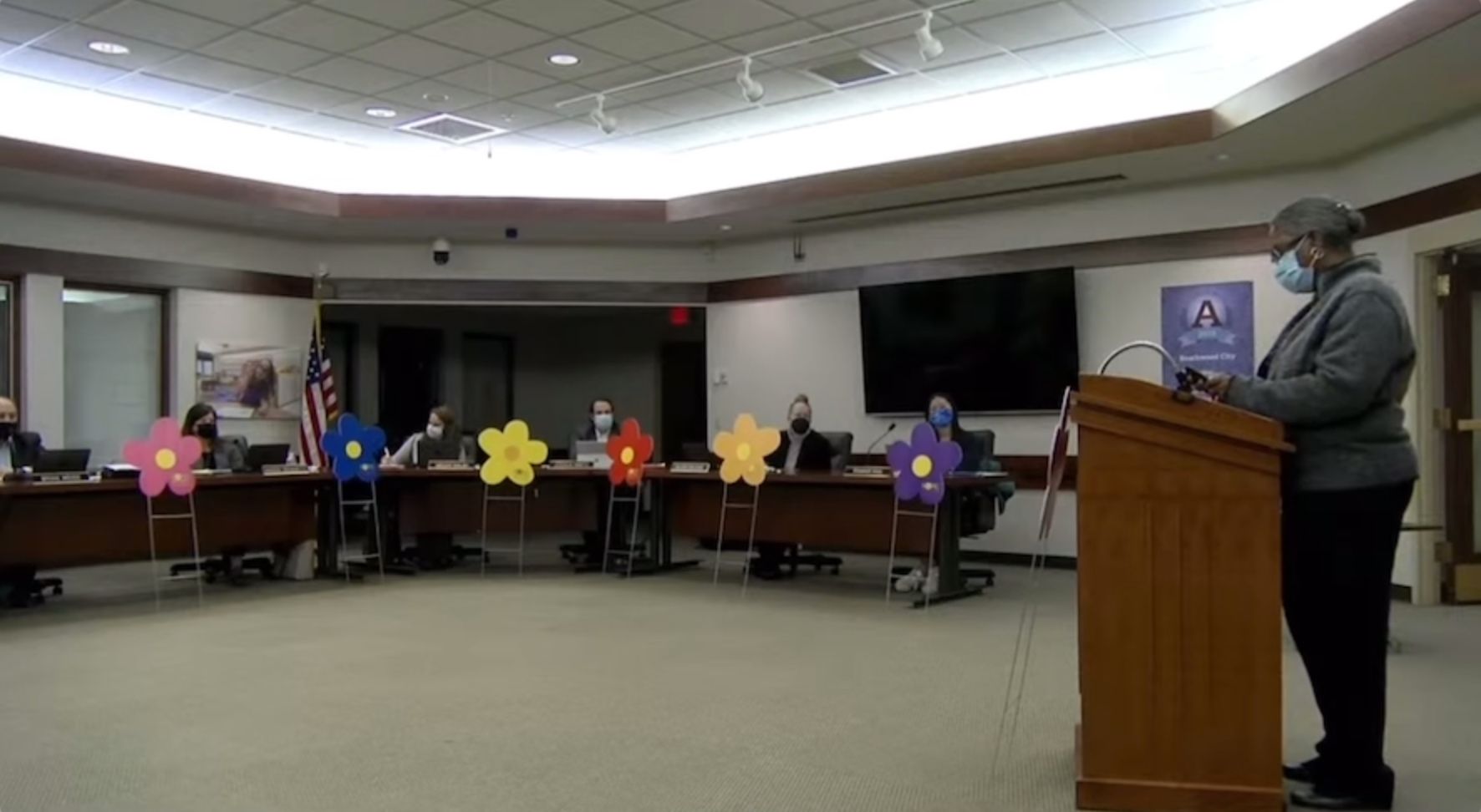 A black woman spoke up at a School Board meeting in Beachwood, Ohio, to take issue with the board's use of critical race and gender theory to divide families, pit students against their parents, and create a racist environment where none had existed before.

"If a lot more of the residents knew of the mess you've made of this school system via the curriculum as policy you would all probably lose your position in the district," she said.

Through her required face mask, the woman identified herself as Ms. Taylor, a Beachwood resident for over 20 years, and said that she raised her children in the community. Her children are successful professionals.

She said that many school districts in Ohio "are now hiding their curriculum from its residents because they're teaching students to become bigots toward their peers, adults, and law enforcement. Many school districts within this congressional district [Ohio-11] are on board for allocating funding and teaching young students the how-to about changing your gender, child pornography, and pedophilia, and where to find those websites, what sex toys to purchase, and how to use that which is purchased."

The meeting was held on March 8, and followed the announcement by the Beachwood school district that March 11 would see students subjected to "mandatory" critical race training. Parents were urged to attend the preceding school board meeting, and they did.

"Parents are not being told that their child is being taught that at the school and the teachers and librarians are being exempted from criminal prosecution," she said.

"Regarding the educational equity piece, it appears that the superintendent and you and school board members grew up so white that you don't even know the damage that your decisions have caused previous, current, and future generations of Beachwood students whose parents just wanted them to qualify to attend great universities.

"Instead, you convince yourselves that blacks are oppressed and that it is your job to stop that oppression. How have you not looked at the results to realize that what you did was immoral and had the opposite effect?

"Within Beachwood Schools, black kids are turning against white people of all ages. And white kids are hating their parents and their success and their heritage and calling them racist only because you don't understand the black race.

"You attempted to fix something that for all intents and purposes, years ago was in reality not even broken. You just convinced yourself that it was broken. It was never your job, you got out of your lane. Your job was to provide students with the environment to be well-rounded and educationally successful.

"Now, the residents with kids who did find out about your deviant curriculum, they pulled their kids out as fast as they could. More are withdrawing their kids because the school has lost control of the classroom environment," she said.

She took a moment to collect her thoughts, and then went on to say that "in the document for critical race theory, the stated goal is to make children activists in their own home. What does that mean?" She asked.

"Why are you trying to create an adversarial relationship between parents and child when that is the relationship that needs to be strengthened? This school-parent relationship and you intrinsically just advocating the kids to just be adversarial to their parents is nuts. This is nuts!

"And one other thing, let me tell you something," she said, going off her prepared remarks, "I'm a professional as well, I grew up in corporate America. I met people like y'all every day. Y'all don't know nothing about black people but still you think you can make rules for black people. Black kids at Beachwood Schools, when they were growing up, all these decades, until you all came along: They didn't look at race or gender. Very successful black people. Very successful.

"But what did you do? You decided that instead of looking at Beachwood data, you decided to put us up in with George Floyd and everybody else who got killed that had nothing to do with Beachwood. Nothing! So what do you do? You put in stuff like critical race theory, and all this other garbage that first of all is none of your business—"

A white man on the school board cut her off, saying "I'm sorry to interrupt but just in fairness, I stopped you at three minutes and you've been, I let you go a little bit longer, I let you go for four minutes—"

A woman on the board piped up saying "Just let her finish." Other women on the board jumped in demanding that the woman be allowed to finish her piece. The man relented when he was shouted down and the women clapped over his objecting voice.

At this, the school board member cut her off again, and after a few more angry words, she left the podium. "This isn't a back and forth," the white man said, "but I take extreme exception to almost everything you said because your premise is wrong, this administration and this board is committed to equity for every student in this district. You can shake your heads no out there," he said, then reiterated his premise that the school district is "committed to equity."

Her opening remarks concerned the joy she took in the school system when she sent her own children there, who went on to achieve professionally and as scholars. She said that she was concerned for current and future students, who are being taught to be angry and hateful, not scholarly and well-rounded.

"I was perplexed for a while as to why the Beachwood excellence model was being gutted, and has accelerated over the past few years" she said, speaking about standards of academic achievement that were, in part, what drew her to the schools. She asked "what changed?"

"Years and decades prior," she said, "students made friends based on personality, similarities, differences and interests in academics, sports, music, clubs, associations, etc. They studied together, car pooled together, went on trips together, went to each other's houses together, went out to eat together," she said, talking about the community that she loved, where kids and parents felt united in support of their students and school.

This was a successful model, she said, and Beachwood School System held a standard of excellence in achievement that earned them a top spot in state public school rankings for vocational and college prep. AP and honors classes were the norm, and kids went on to achieve in college and professionally.

"The students were polite and respectful to law enforcement," she said, and noted that the teachers, administrators, and staff were "vested in everyone's success. Beachwood excellence and Beachwood pride, there was no time for any other focus. There were true friendships."

"They learned about and celebrated their similarities and differences," she said. "Their focus was not on race or gender." Of her own children and the community in which they were raised, she said the kids, now grown, still keep in touch.

"It was beautiful, it was Beachwood Schools, it was unique," she said. She contrasted this with today's school system, saying that the administrators, the "decision makers" have been ruining the educational standards in their quest for equity. This was a school district she was proud of, and now, because of those who think they know better, it's been run into the ground.

It was in the wake of George Floyd's death in Minneapolis on May 25, 2020, that the Beachwood School District announced a resolution on their anti-racism initiative.