After riots, looting, and vandalism broke out in the Minnesota city of Brooklyn Center on Sunday night, police were told not to call the riot that ensued a "riot." 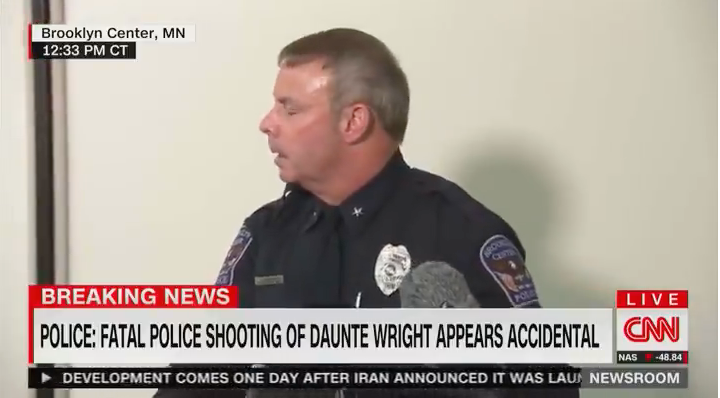 After riots, looting, and vandalism broke out in the Minnesota city of Brooklyn Center on Sunday night, police were told not to call the riot that ensued a "riot."

"Just so everyone's clear," Chief Tim Gannon began, "I was front and center at the protest, at the riot."

Those assembled piped up and interrupted him, saying that there was no riot.

Another chimed in "Don't do that," echoing the sentiment from the summer of 2020 when the leftist media concept was that declaring a riot a "riot" was racist.

"There was no riot," another said.

"There was," Gannon replied.

"There was no riot," said still another.

"Officers who were putting themselves in harm's way were being pelted with frozen cans of pop," the chief said.

"They were being pelted with concrete blocks. And yes we had our helmets on, and we had other protecting gear, but yes an officer was injured, hit in the head with a brick.

"That was a Hennepin County Deputy, he was transported to the hospital, so we had to make decisions. We had to disperse the crowd because we couldn't allow our officers to be harmed."

A reporter sought to interrupt the chief, but he held out a hand and replied "And I've already answered the question, I believe, about your lighting, and I know that's a big deal with you and I understand that, but I thought I'd explain that myself, so that is, that's my decision and that's why I made that decision."

In August of 2020 that CNN termed the riots in Kenosha "mostly peaceful protests" despite widespread looting and arson.