"I believe that worldwide, but especially in California, that the very fabric of our nation is at a crossroads of how much authority we'll let the government have." 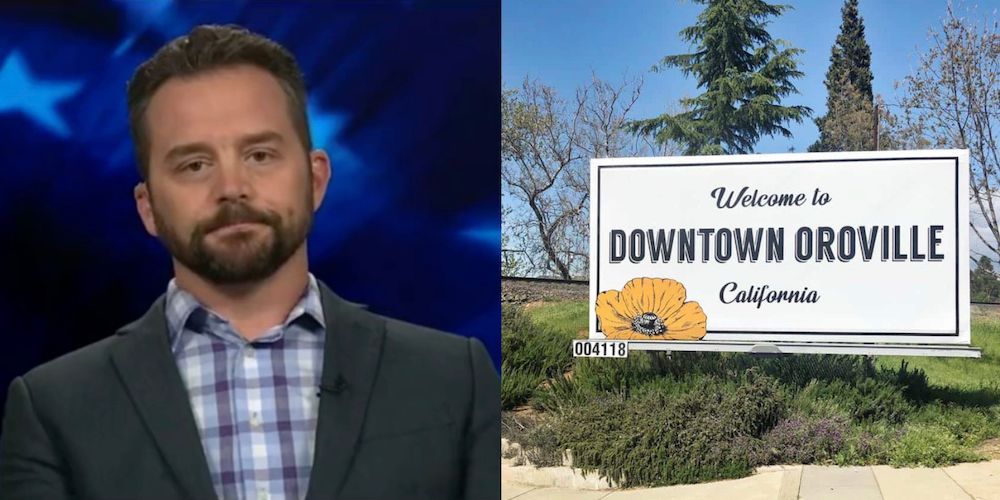 A town in northern California has decided to protest COVID-19 policies enacted by the state and federal governments by declaring itself a constitutional republic, in the spirit of the concept of "sanctuary cities."

Oroville, California has had enough of being told what to do by higher-level politicians. According to its vice-mayor Scott Thomson, the town has decided to declare itself a constitutional republic to show those in power that they're serious.

"I was sitting at City Hall, and the mandates continue to come," Thompson said in a FOX News interview. "As you know it started with 'two weeks to stop the—slow the curve,' and it just seems like a carrot keeps being dangled in front of our faces of just a little more ... and it seems like every mandate that comes down, it is a loss of freedom."

He went on to point out that as mayor, now Governor Newsom "declared San Francisco a 'sanctuary city' against what he felt to be overreach from the federal government," and thought Oroville could take the same approach.

Thompson lamented the fact that in March, it will have been two years that residents of Oroville have been under emergency orders, calling them "dictatorship powers." Newsom recently extended his emergency powers through March 2022.

"You said this feels like a war," the host asked Thompson. "In what way?"

"I believe that worldwide, but especially in California, that the very fabric of our nation is at a crossroads of how much authority we'll let the government have," the vice-mayor replied.

"I don't believe that anybody wins when the government has more authority, and I've said it before, every time that you lose freedom ... usually it takes bloodshed to get it back. We're getting threats of loss of money for our city, but for us, and especially for me, they can have their money; we want freedom in California, we want freedom in Oroville, and so that's what we're standing up for."

According to FOX News, Thompson's request that Oroville declare itself a constitutional republic was passed 6-1 by city council on November 2. The goal of the decision is to allow Oroville to opt out of executive orders issued by the federal or state governments.

"Each and every mandate will be handled differently," Thompson said in an interview with FOX on November 15. "Although we realize this virus is serious, we also believe that protecting the constitutional freedoms our citizens have is also something we take seriously.