"What did it take for us to get to the point of an apology? We had to threaten a lawsuit," Kirk told Jesse Watters. "And by the way, we're still entertaining it." 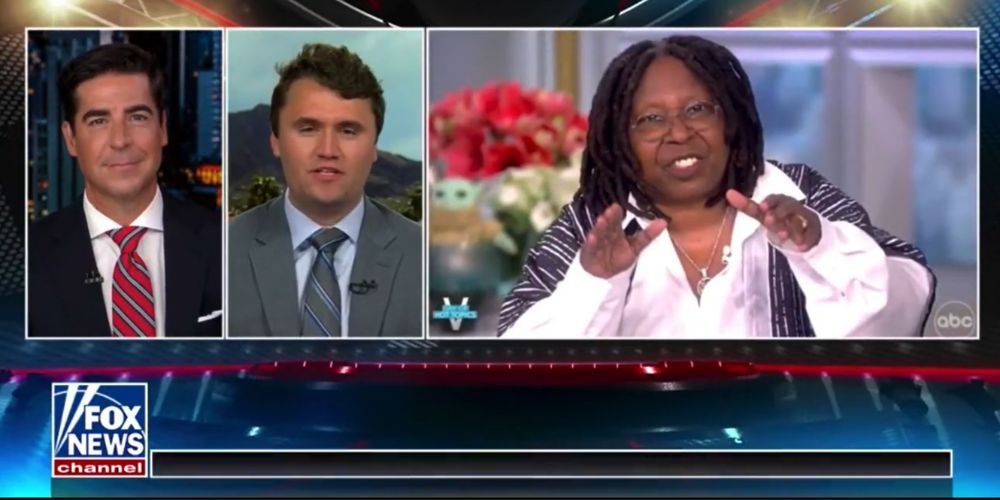 "They went after our 5,000 students at our event there of high school and college kids," Kirk said of The View. "And look, I get attacked all the time, people say false things, I'm a public figure. But when you go after 16 and 17-year-olds that travel from across the country that then have to live for the rest of their life with a shadow over them because someone at ABC says that they might be linked to neo-Nazis."

Kirk added, "What did it take for us to get to the point of an apology? We had to threaten a lawsuit, Jesse. And by the way, we're still entertaining it. We're talking to some of the best lawyers out there that are experts in this. And as you know, these things can be very complicated."

During the conference last weekend, protesters with Nazi flags and antisemitic signs attempted to disrupt TPUSA's Student Action Summit in Tampa, Florida, and were promptly sent packing by conservative attendees and the media.

Despite multiple viral videos of the incidents, the hosts of The View smeared TPUSA, attempting to link the neo-Nazi group with the student conference.

On Wednesday, following the threat of legal action, The View issued a formal, on-air apology to TPUSA for their comments.

During their original discussion, co-host Whoopi Goldberg had suggested the neo-Nazis were inside the event, a statement she was forced to correct later during the show.

After TPUSA called out "The View" on Twitter for making openly and provably false statements, conservative politicians, commentators, and supporters defended the organization and got the hashtag #SUETHEVIEW trending.