WATCH: Children's soccer league president calls the police on disabled parent for not wearing a mask

"We were treated like criminals for wanting to watch our daughter play soccer, and the rules weren't even closely followed for ANYONE else." 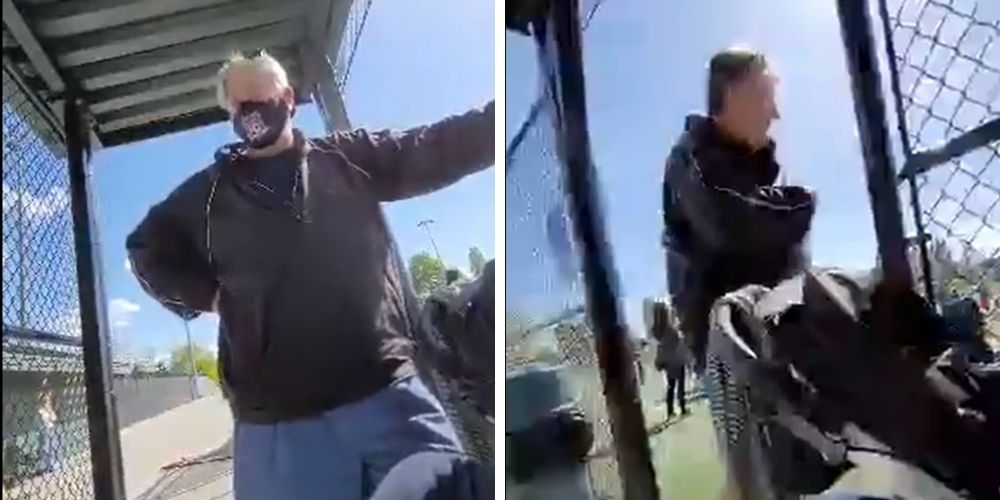 While attending a child's soccer game on Sunday, a family of seven was harassed by the West Seattle Soccer Club league president for not wearing masks in a public park. The local league president eventually called the police on them.

The father of the family told The Post Millennial that upon arrival at the park, the family, with children ages 1-11, were stopped at the gate by the league president Chip Goss and were told only one parent can enter with one child, even as other families entered the area together.

Goss then told the family they could enter, but only if everyone but one parent stood behind a baseball diamond on the north side of the field away from the soccer field. The family was reluctant to do because the neighborhood homeless mill around near the restrooms in that portion of the field, but did comply.

As the family was walking away, they ran into friends they had not seen in several years and stopped to talk with them at approximately half the distance to the spot designated by the president. Goss then came over and broke up the conversation, hustled the families away from each other, even though no one else was around and they were a fair distance from the field.

Once the family arrived at the designated location, the mother and three of the kids stayed on the outside of the baseball diamond as instructed, while the father entered a nearby dugout closer to where his kindergarten aged daughter was playing and sat down to relieve pressure on his prosthetic leg.

According to the father, "probably 80 percent of the people were there with spouses, other adults, grandparents etc., and many had an additional 1-2 kids with them. The coach of our team also had her 2 kids that weren't playing that afternoon, and her husband present for the game (total family of 5) on the field."

Pictures and video provided to The Post Millennial, which included video of Goss not enforcing mask rules on other maskless spectators, confirmed the statement of the father.

After noticing this, the father called his wife and children to the dugout because no one else was being held to the standard they were and it would be safer than being by the restrooms near the homeless. Additionally, from the dugout there was a better view of the game.

According to the father, Goss saw the family sitting together sitting in the dugout and came over and said that we were breaking the rules and some of them would need to leave. Pictures provided to The Post Millennial show that no one else was being held to this rule.

The father told The Post Millennial that the family’s 4-year-old is extremely asthmatic and cannot wear masks and one of the other children is a 1-year-old that wouldn't keep a mask on.  According to the father, Goss admitted that the rules were not being followed by others and then pivoted from stating the size of their party was the issue, to requiring the family don masks.

Goss replied that he would allow them to remain if they masked up, even though they were nowhere near any other families.

Masks are not currently a requirement in King County parks, though park patrons are "strongly urged" to wear them. The league claims to follow the COVID regulations of the state of Washington, King County and Washington Youth Soccer.

According to the league COVID guidelines, masks are required of spectators but they are not required outside in Phase 3 of Washington State's reopening plan which King County is currently in.

The league COVID regulations link to the Washington Youth Soccer COVID guidelines, which contradicts itself throughout the document requiring masks for spectators and then not specifying types of facial coverings for them. The document links back to Washington guidelines which does not specify masks as a requirment outdoors. The document also conflicts with league guidelines about when players are required to wear masks.

The father told The Post Millennial that the team coach previously said that the rules only applied to families on the sidelines and not for spectators on other fields. The family decided to leave the dugout in order not to cause a scene even though it was a "good distance" away from the playfield.

In a statement to The Post Millennial, the league said "West Seattle Soccer Club prioritizes the health and safety of its members, including following Covid 19 protocols of Washington state, King County, and Washington Youth Soccer.  Persons who repeatedly refuse to comply with these rules when asked and otherwise violate their agreed code of conduct forfeit the privilege to participate in our programs."

However, the rules appeared to be arbitrarily enforced by the president as many other spectators were not wearing masks and the family was not asked to don masks until they were in the dugout. Though there are requirements on capacity of the parks, per the videos and pictures provided by the family, the parks were nowhere near capacity.

The father of the family provided The Post Millennial with many pictures and videos of other attendees grouping together and not wearing masks. They are not being published because they have images of children's faces. Governor Jay Inslee recently rolled out his "Take It Outside" initiative encouraging Washingtonians to engage in outdoor activities to prevent the spread of COVID. Many non-spectators and general park vistors can be seen maskless wandering through the playfields during the games.

During the argument, which was caught on video, Goss, while clearly closer than 6 feet to the family and not complying with the leagues guidelines, threatened to call the police, then removed his own mask as he walked away to allegedly make the call to the authorities.

After the completion of the game, Goss approached the family and told them that he had kicked the children out of the league, 2 kids from 2 teams, that he was canceling their registration and that they were never allowed to play in the league again.

The family told The Post Millennial, they felt "devalued, not human." The family added that "We were treated like criminals for wanting to watch our daughter play soccer, and the rules weren't even closely followed for ANYONE else.

"We were obviously discriminated against, and embarrassed as he was yelling at us and people were watching/looking over. Our children are devastated that after waiting to play for 18 months, my one son got 3 games, and my daughter got 2, and now we are kicked out of the community permanently.

"This is our 4th year with this coach in this league. Now that we're booted from the league, I am sure there will likely be some fallout, and ostracization due to people feeling like they have to pick a side with the tyrant who runs the league and getting their kids to play soccer when there are little to no outlets, or standing up for what's right."

"Most people won't stand up to a bully. We did."