WATCH: Don Lemon shut down by weather authority after saying Hurricane Ian is due to 'climate change'

"I don't think you can blame climate change on any one event. On the whole, on the accumulative, climate change may be making storms worse. To link it to any one event, I'd caution against that," said Acting Director of the National Hurricane Center Jamie Rohme. 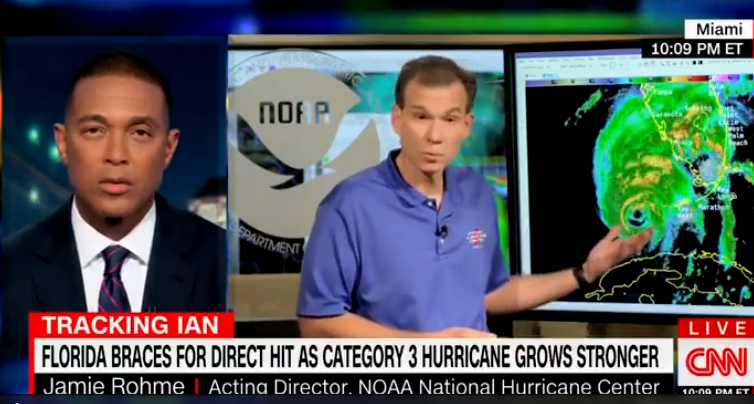 Lemon asks Rohme, "Can you tell us what this is and what effect climate change has on this phenomenon? to which he responds, "We can come back and talk about climate change at a later time.

Lemon again asks, "What effect does climate change have on this phenomenon? Because it seems like these storms are intensifying."