"Did you suggest in any manor that the NSBA should solicit federal intervention and resources to deal in any way with local school board meetings?" she asked. 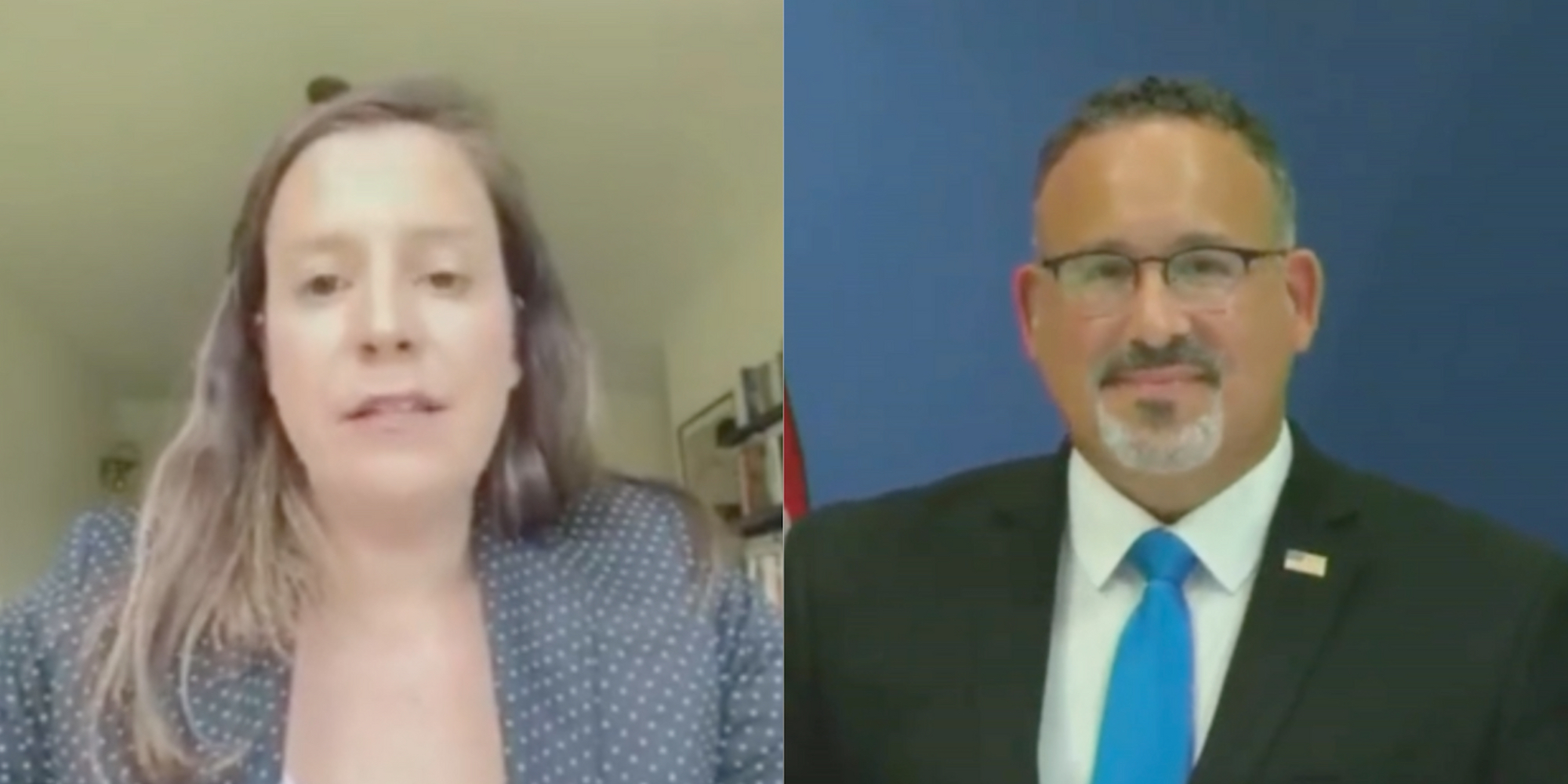 Rep. Elise Stefanik (R-NY) grilled Education Secretary Cardona over a letter sent to the Biden admin calling for the DOJ to use counterterrorism tools to investigate parents. This during an education committee hearing in Congress on Thursday.

"The National School Boards Association recently released the results of the independent review into their letter to President Biden calling for the DOJ to use counterterrorism tools to investigate parents as domestic terrorists," Rep. Stefanik began.

"The report confirms that the Biden White House colluded with NSBA on the letter, which the DOJ immediately acted upon to mobilize the FBI to target parents at school board meetings."

Rep. Stefanik pointed out that the White House was in discussions with the DOJ before the letter was finalized.

"A week before the letter was officially sent, the White House had a detailed summary of the contents of the letter, and its request for federal intervention against parents, including usage of the Patriot Act."

Rep. Stefanik then brought up the fact that officials at the DOE had been in contact with the NSBA regarding "concerns about the increased public activism at school board meetings" as early as July 2021.

"Did you suggest in any manor that the NSBA should solicit federal intervention and resources to deal in any way with local school board meetings?" she asked.

"Congresswoman," Sec. Cardona replied, "I feel strongly that a parent's voice does matter, and especially during the pandemic when things weren't–"

"You're not answering the question," Rep. Stefanik interrupted.

"You're doing exactly what I didn't want done," Sec. Cardona said. "Let's not use this for division."

After some back and forth, Sec. Cardona eventually said "no," but elaborated that although concerns were shared about some of the conduct during school board meetings, communication with the DOE was "routine," and thus not out of the ordinary.

Sec. Cardona also denied having received the letter or knowledge of its contents beforehand, but said he would get back to Rep. Stefanik after speaking with his team.

He then tried to deflect the conversation back to the budget, dismissing Rep. Stefanik's questions as not "important."

"This is important," Rep. Stefanik replied, urging Sec. Cardona to comply with a Freedom of Information Act request that would require the department to send all relevant documents to Congress.

In January, emails were published that revealed that Education Secretary Miguel Cardona requested that letter from the National School Board Association that equated concerned and protesting parents to domestic terrorists.

The email exchange, obtained by Parents Defending Education via a Freedom of Information Act (FOIA) request, revealed that Cardona had been more involved with the creation of the letter than previously known by the public.