WATCH: Florida Gov. De Santis slams CDC, says 'there is no evidence to suggest that school kids should do anything else other than be in school'

"These kids have been out of school in parts of this country for almost a year. And if you follow that CDC guidance, they will not go back in this school year, and they may not even go back in the fall." 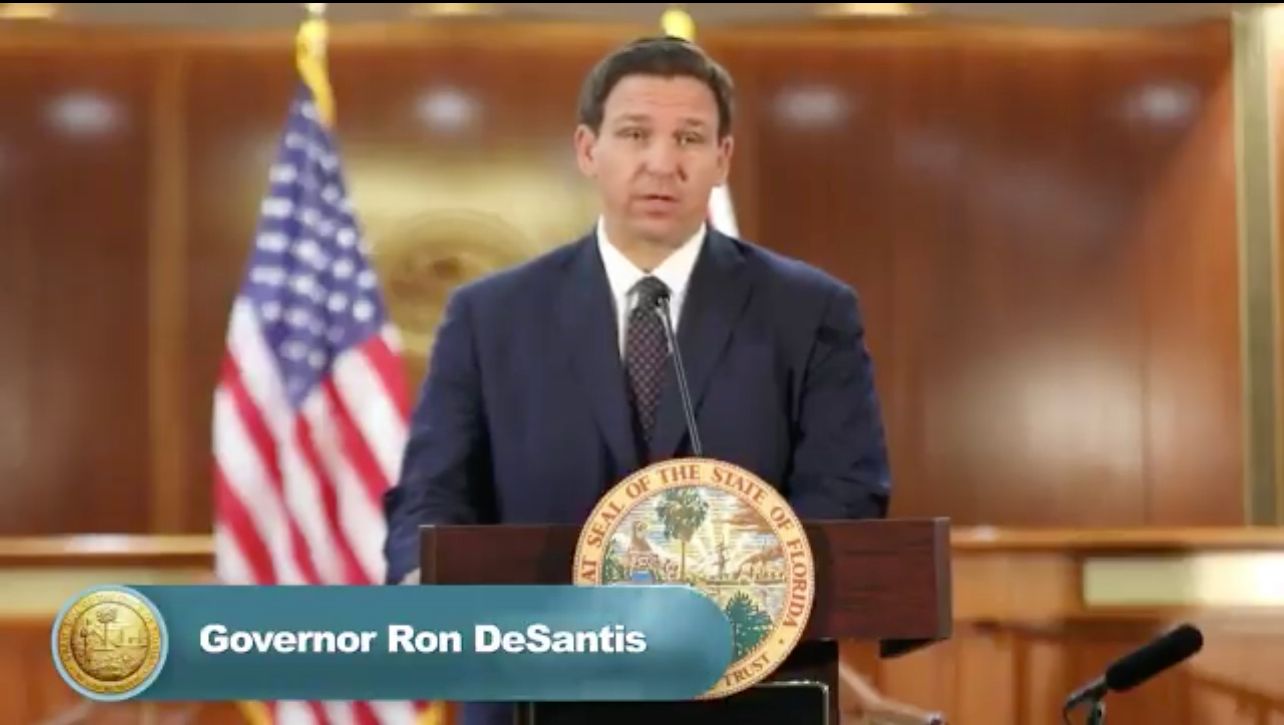 "We have done it the right way, we are not going to turn back. What the CDC put out, 5:00 on a Friday afternoon, I wonder why they would do it then, was quite frankly a disgrace.

"It would require, if you actually followed that, closing 90 percent of schools in the United States. We have been open, they will remain open, and we are not turning back.

"We've been open the whole time since August. We had kids doing camps and athletics and all that over the summer. And we've been in person as much as anybody in the country.

"And yet, we're 34th our of 50 states and DC for COVID-19 cases on a per capita basis for children. 33 states have more cases per capita than Florida for children, and many of those don't have a lot of in-person instruction in school.

"We followed the data when we worked to get parents the option to get the kids back because we had looked at what happened in Europe, places like Sweden and all these other places.

"And it does not require another hundred billion dollars. The school reopening plan that makes the most sense, if you want to open schools, open them. Open the door. Let them come in and learn.

"And the only reason that that is not happening across this country, like it is in Florida, like it is in a handful of other states, is one reason and one reason only: Because the Democratic party puts the interests of education unions and special interests ahead of the well-being of our children and of our families.

"These kids have been out of school in parts of this country for almost a year. And if you follow that CDC guidance, they will not go back in this school year, and they may not even go back in the fall.

The CDC guidelines that White House Press Secretary Jen Psaki said would be "based in science" instead turned out to be influenced by "community stakeholders" who plead their fears to CDC Director Dr. Rochelle Walensky, who then walked back her earlier claims that schools could open safely.

When the guidance was released on Friday, Florida's Education Commissioner Richard Corcoran said what De Santis reiterated, which is that Florida is doing well with their own plans, and would not be taking the CDC's advice.

De Santis has been outspoken about Florida's successes in the face of the pandemic, and the economy of the Sunshine State that is operating without the restrictions of other localities.

He said that the Biden administration is full of "lockdowners" and that Florida has "demonstrated that lockdowns don't work." And he's decried the special interests that are keeping so much of the country in a state of pandemic panic.

When it surfaced that the Biden administration may try to curb domestic travel to the state, De Santis said the state would "respond very swiftly" to that kind of unconstitutional restriction.