WATCH: Homeowner testifies he made $23,000 off of security footage featuring Waukesha massacre driver

"And then about five o’clock, my Ring doorbell goes off, and then there’s a gentleman at my front porch knocking on the door saying that they’re homeless, they’re cold, and they need to use my phone so that they can tell their Uber where to pick them up," he said. 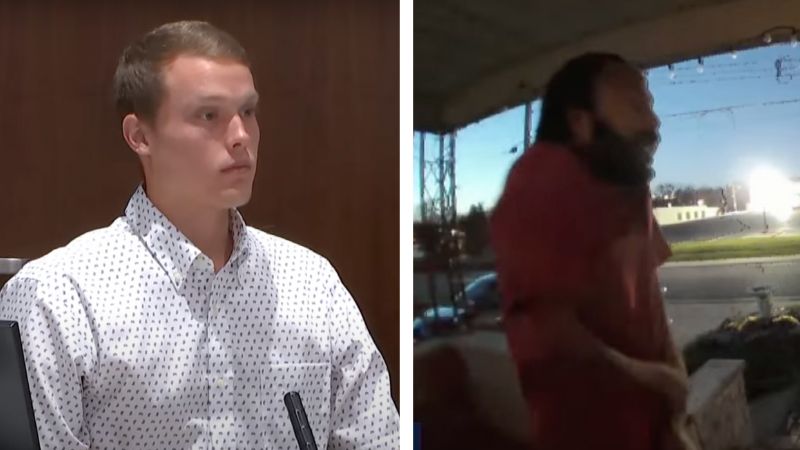 During the trial of Waukesha Christmas parade massacre suspect Darrell Brooks on Monday, a witness who let the suspect into his home shortly after the massacre was carried out testified.

Daniel Rider told the courtroom that on the night of the Christmas Parade, November 21, 2021, he was at his home where he had recently returned after a hunting trip, when Darrell Brooks knocked on his door, claiming to be homeless.

During cross-examination by Brooks, Rider revealed that he made $23,000 off of Ring doorbell videos that he released to the media, though he noted that a lot of the money was donated.

Rider said that he was watching a football game when Brooks knocked on his door. Rider has a Ring doorbell, which captured the first 20 seconds of Brooks arriving on his front porch.

"And then about five o’clock, my Ring doorbell goes off, and then there’s a gentleman at my front porch knocking on the door saying that they’re homeless, they’re cold, and they need to use my phone so that they can tell their Uber where to pick them up," he said.

During his testimony, the prosecution played a number of clips captured from Rider’s doorbell, including one that captured Brooks’ arrest.

Rider said that the suspect was "on my porch for I don’t know exactly, a minute maybe? And he was telling me… that he needed to use my phone to let his UBER and that he was homeless and hold." Footage of Brooks’ at Rider’s door was taken at 5:01 pm.

"And he said he didn’t have any weapons or anything on him and he lifted his shirt real quick. I was like, 'no, that’s okay. You can use my phone' and I let him come inside and warm up. I just tend to believe people and I’m from a small town and we had people that need help all the time right off the highway."

Rider recalled letting Brooks into his house through the back door, and letting him get warm and use his phone while allegedly waiting for an Uber. He also said that Brooks sounded like he had been on the phone with his mother, "I heard him say mama a lot," Rider said. He added that Brooks’ mother called back and he didn’t answer.

Rider said that Brooks seemed flustered inside his home, "but also there were many times he was thanking me and he was so grateful. And he even said 'thank you so much for showing me love, man,' and he was calling me 'bro.'"

Brooks was inside his home for around eight or nine minutes, Rider said, and he left "when I asked him to."

Rider said that he saw a number of police cars go by his house, more than usual, and said that he was "getting nervous and this is just too weird of a situation."

Rider said that moments later, Brooks requested to come inside Rider’s house again to find his ID, to which Rider said he would look inside himself for it while Brooks remained outside.

While outside with brooks, Rider’s neighbor informed him of the massacre at the parade, and that police were looking for a suspect.

His neighbor reportedly told them, "are you guys looking for that guy?"

Two minutes after that snippet of video was taken, another clip showed police at Rider’s doorstep, arresting Brooks on his lawn.

During questioning from the prosecution, Brooks objected to many of the prosecution’s questions, stating that they were "leading," or objecting to the usage of his name.

During cross-examination, Brooks asked whether Rider turned over all of his footage to the police, to which Rider said to the best of his recollection he did.

Rider was also asked whether he knew that Ring footage had been released to social media platforms, to which he responded that he released it to the media.

"The news wanted the footage and I thought that this was good footage for this community and the victims to see some justice of the suspect being put into cuffs," Rider said.

Brooks asked whether Rider made money off of these clips, to which Rider said "yes."

Of the four videos that were released, Rider revealed that he received $23,000, and that he "donated a lot of the money we did see off of it."