Joe Rogan told guest Colin Quinn on his latest episode of The Joe Rogan Experience that Prime Minister Justin Trudeau was "kind of a p*ssy," who is "a little too handsome" and "did blackface thirty or forty times." 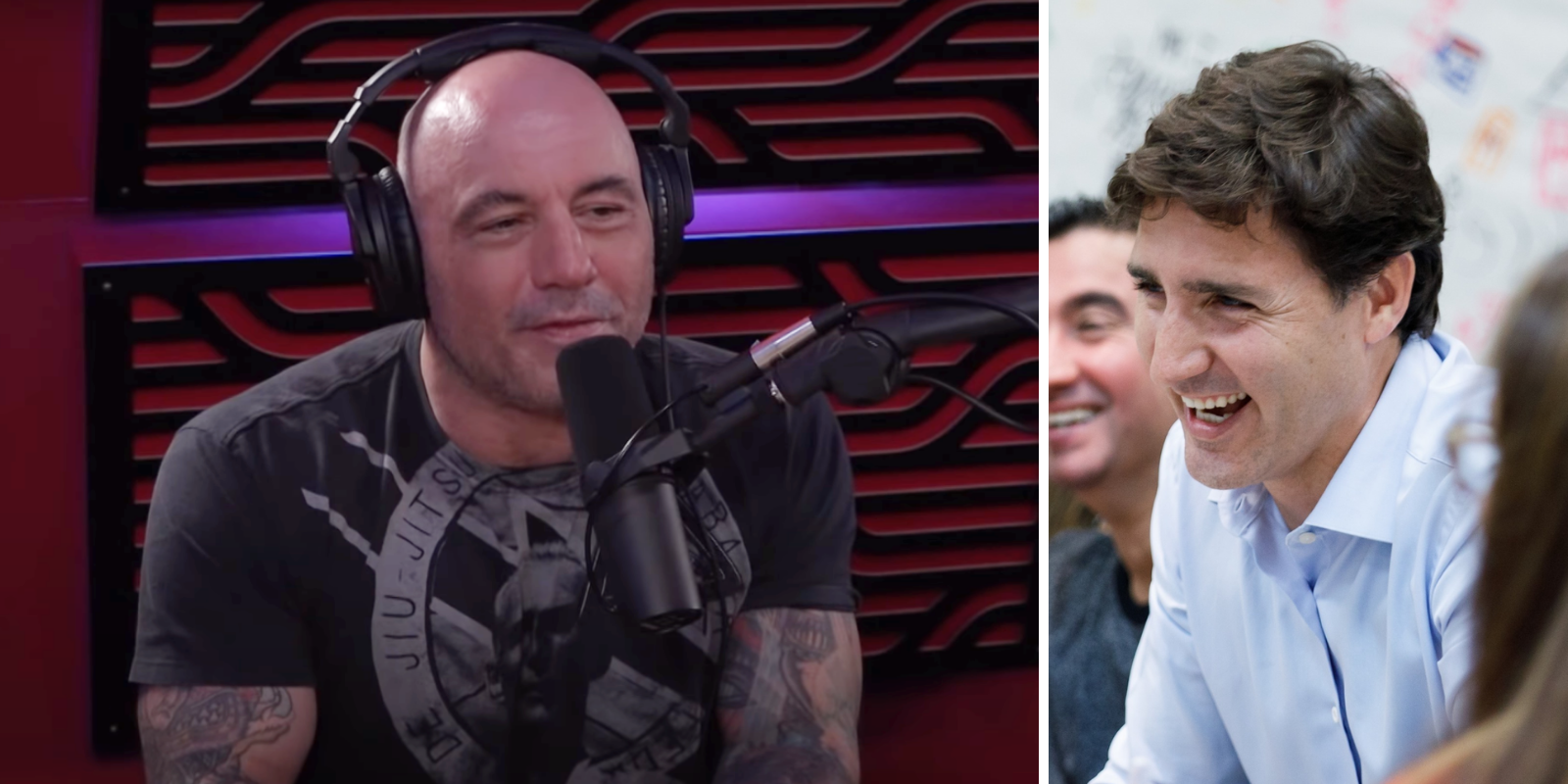 Joe Rogan told guest Colin Quinn on his latest episode of The Joe Rogan Experience that Prime Minister Justin Trudeau was "kind of a pussy," who is "a little too handsome" and "did blackface thirty or forty times."

Rogan had previously criticized Trudeau before, most notably when he and guest Andrew Santino tore into the prime minister for his now infamous "paper water bottle type thing" comment.

“Did you see the sh*t with Justin Trudeau and the water bottle? Did you see that today?” asked Santino, to which Rogan asked if Trudeau "put it up his butt."

“Justin Trudeau is asked about how he and his family are doing a better job at not using plastics and his response is so f--king awful,” said Santino.

After watching the clip, Rogan ripped into Trudeau saying: “Listen to me, I don’t care how tired you are! Could you imagine if somebody asked me a question like that about my job?” says Rogan.

The clip of Trudeau was taken in June of 2019, after he announced that his government would ban single use plastics in Canada by 2021.

Rogan's position on the prime minister has apparently changed with time. During an episode of the Joe Rogan Experience with Concordia University Professor of Evolutionary Psychology Gad Saad, Rogan says that he "likes that guy," referring to Trudeau, saying that he was "young, seemed smart, has beautiful hair, and he's boxed."