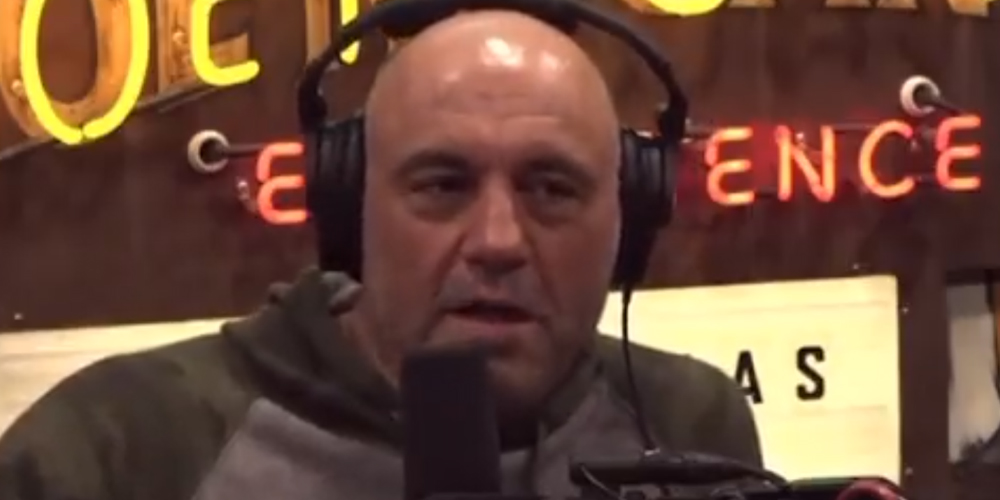 The podcast host who has been the ire of the establishment media has some more political commentary to serve up to the leftist conglomerates.

Joe Rogan on Episode 1749 of his show pointed out in his conversation with guest Shane Dorian that for all the ire and fire Democrats voice against voter ID – they’re the same crowd going all in on vaccine mandates for general public places.

"Systems that they adopt. If you’re a right-winger or if you’re a left-winger, you just like adopt this pattern of thinking. That this is ‘I’m on the left so I have to be all for free and available abortion, and I want gun regulation,’ and I want this and I want that."

"Ticks every box on your side," quipped Dorian.

"If you wanna think about what’s racist and not racist, if you look at the statistics: it’s a large percentage of African Americans that are not vaccinated, and they don’t want it and they don’t trust it."

As historical context backing up the rift, Rogan highlights how the CDC conducted the Tuskegee Syphilis experiments on hundreds of African Americans for a 40-year time period.

Throughout 2021 there’s been different stances on voter regulations between Democrats and Republicans. Earlier in December, New York City legislators decided to approve a measure that’d grant 800,000 migrants voting rights despite not being citizens of the country.

In March, progressives made Georgia a battleground of demonstrations as activists pounced on the state’s efforts to enact voter ID laws.

Elsewhere, in recent days multiple cities from Boston, to Chicago, and even now the Washington DC area have all unveiled plans to introduce vaccine passport requirements as mandatory for most indoor public places.