"I don't understand the point that you’re making," said Harris. "I'm not discounting the importance of the border." 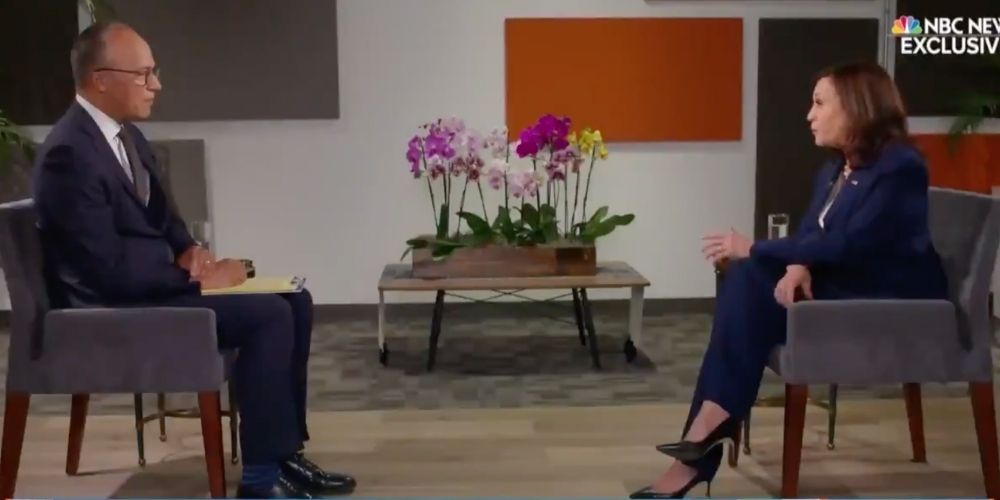 In an interview with NBC’s Lester Holt Tuesday night, Holt grilled Vice President Kamala Harris on her lack of plans to visit the US-Mexico border.

"Do you have any plans to visit the border?" Holt asked.

Harris throws her hands up, saying  "At some point."

"You haven't been to the border," Holt pointed out.

Harris pauses, then adds while laughing "and I haven't been to Europe."

"I don't understand the point that you’re making," said Harris. "I'm not discounting the importance of the border."

Holt pointed out that a Democratic Congressman urged for both her and President Biden to come to the border to see with their own eyes what is currently happening at the border.

"Listen, I care about what’s happening at the border. I'm in Guatemala because my focus is dealing with the root causes of migration," said Harris.

"There may be some who think  that that is not important, but it is my firm belief that if we care about what's happening at the border, we've got to care about the root causes and address them, and so that's what I'm doing."