Kamala Harris was in Asheville, NC on Wednesday for a vote mobilization event, but almost nobody showed up. 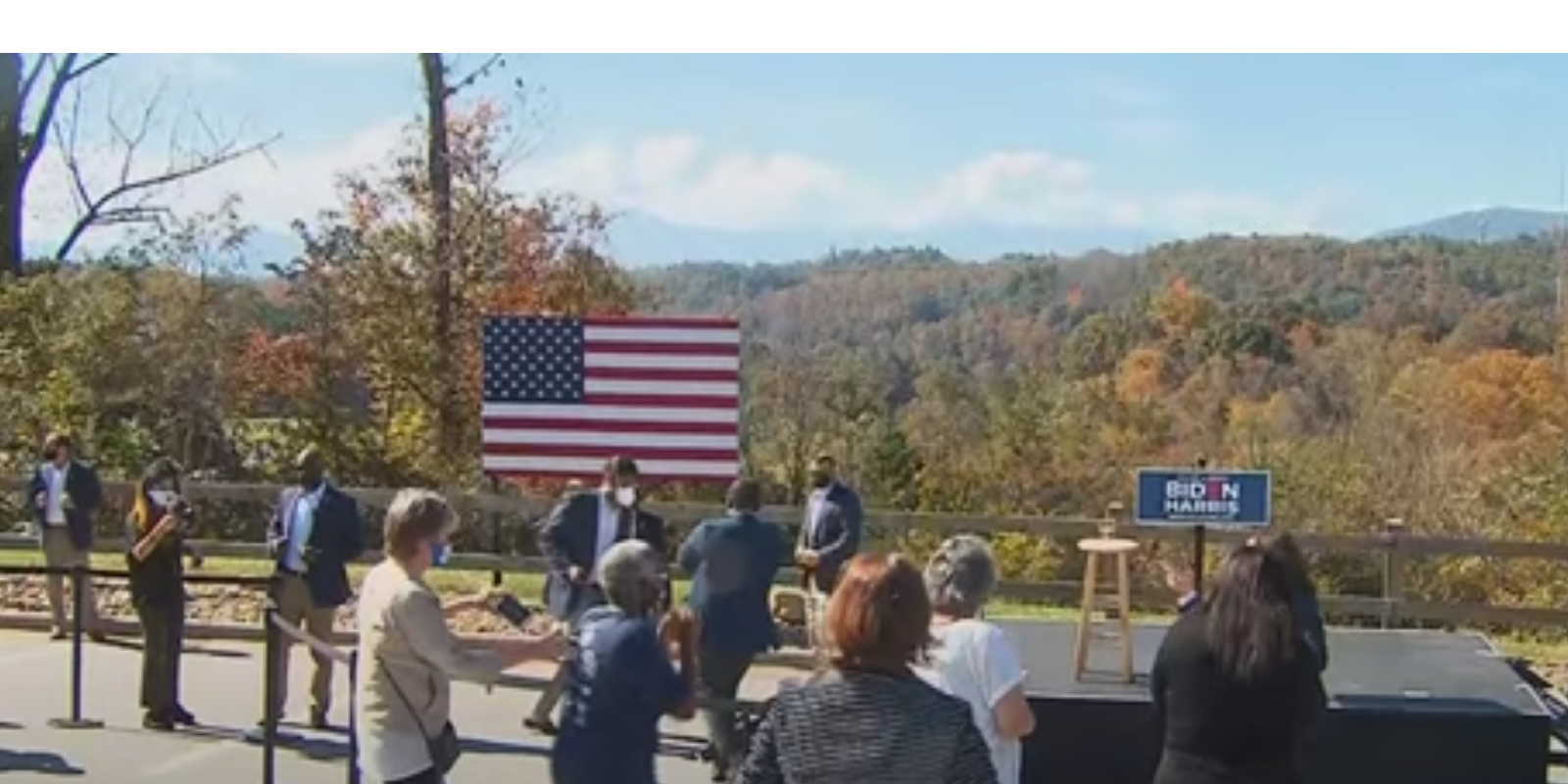 Kamala Harris was in Asheville, NC on Wednesday for a vote mobilization event, but almost nobody showed up.

The cameras, upon zooming out and panning around at the get-out the vote event, showed just six people present. If there were more people attending, they did not appear on camera, and crowd sounds were not audible.

According to Brietbart, the Asheville event had had to be rescheduled due to concerns when two members of Harris's staff tested positive for the novel coronavirus. The campaign claimed they limited the number of people in attendance at the event.

A similar event in Charlotte was also postponed for the same reasons.  Harris is due to speak in that city, less than two hours from Asheville, later on Wednesday.

North Carolina is considered to be a hotly contested state in the upcoming presidential elections.

Harris in her speech talked about the pandemic, saying that it revealed what was wrong with the nation in many ways, while also criticizing the way it was handled by the Trump administration.

She also talked about issues such as the vacant Supreme Court seat, which Republicans want to fill with Amy Coney Barrett and Democrats want to leave vacant as long as possible.

The crowd was estimated at 25 people according to ABC 13.

Note: An earlier version of this article did not specify that the audience was limited by the campaign. Additionally, we claimed there were approximately 10 people at the event. A local source claimed there were 25. The article has been updated to reflect this information.