"The Speaker said to us just moments ago 'words matter,' but apparently those words don't matter when they're uttered by Democrats," Gaetz began his explosive tirade agains hypocrisy. 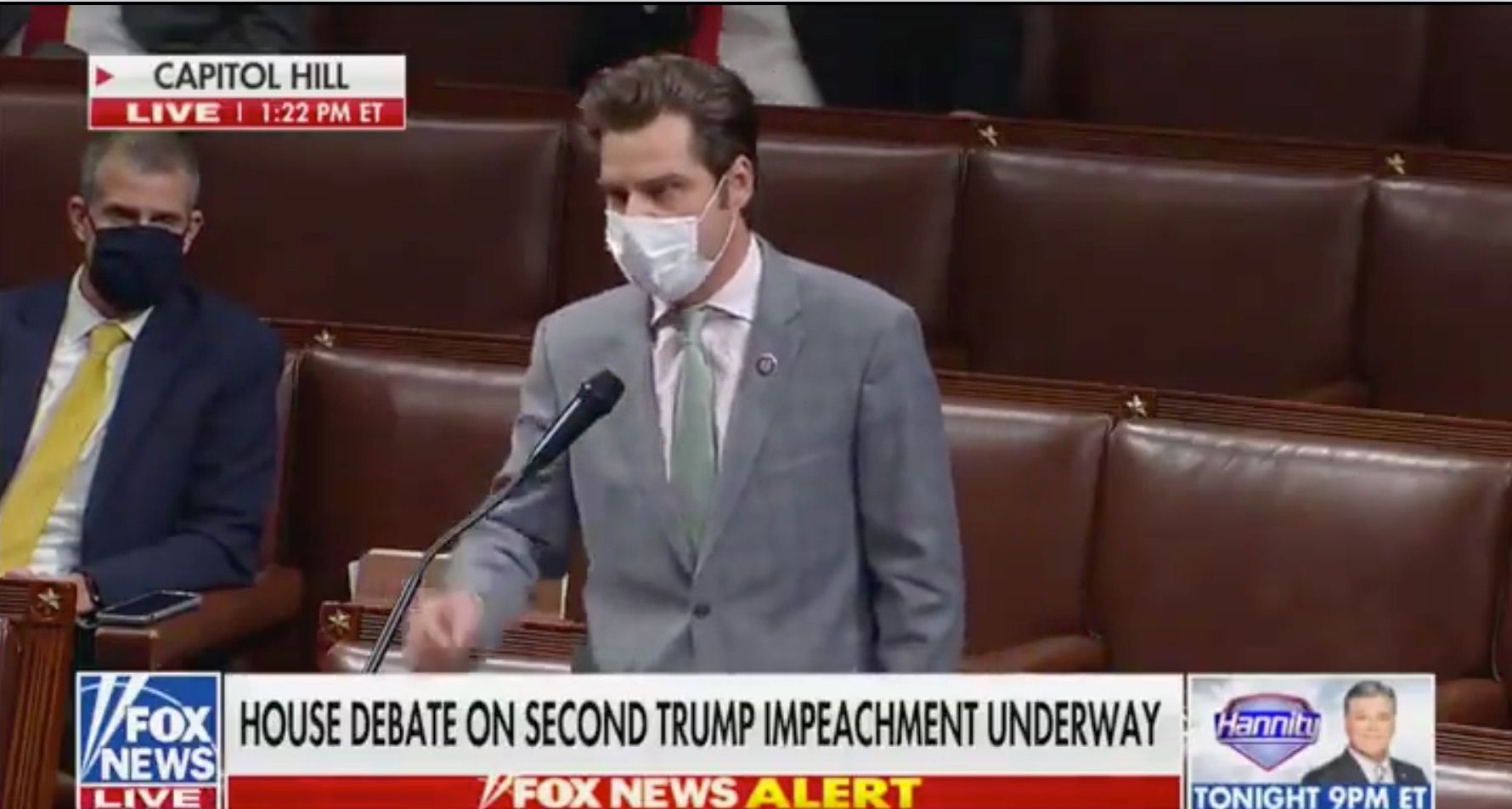 Speaking on the floor of the House of Representatives today during the debate on impeachment, Rep. Matt Gaetz (R-FL) took issue with his Democratic colleagues for what what he believes to be their hypocrisy.

"The Speaker said to us just moments ago 'words matter,' but apparently those words don't matter when they're uttered by Democrats," Gaetz began his explosive tirade agains hypocrisy.

"For months, our cities burned, police stations burned, our businesses were shattered, and they said nothing, or they cheer-led for it, they fundraised for it, and they allowed it to happen in the greatest country in the world.

"Now some have sighted the metaphor that the president lit the flame, but they lit actual flames, actual fires, and we had to put them out!"

Gaetz's time was then at an end, and he yielded the floor.