De Blasio posted video of this absurd hypocrisy on Twitter. He and wife Chirlane McCray danced to Frank Sinatra's "New York, New York" as the camera pans to show the near empty square. 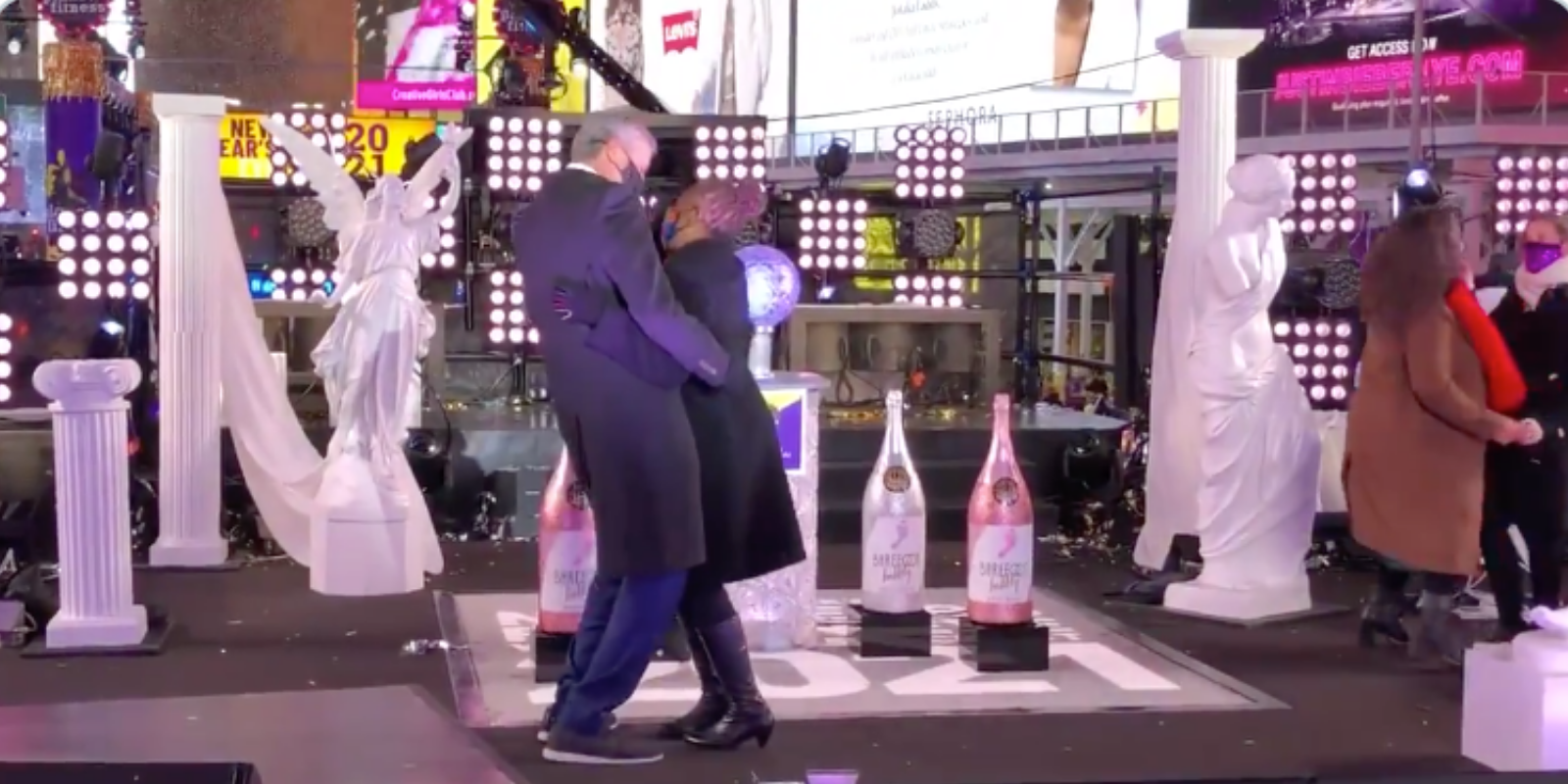 New York City Mayor Bill de Blasio refused to allow New Yorkers to gather in Times Square to celebrate the New Year, as they've done every year since World War II, then he took the opportunity to dance in the empty city center with his wife.

Even more remarkably, he posted video of this absurd hypocrisy on Twitter. De Blasio and wife Chirlane McCray danced to Frank Sinatra's "New York, New York" as the camera pans to show the near empty square.

The city that never sleeps took a pass on New Year's Eve as the annual celebrations were banned, restaurants were closed to indoor dining and forced to close by a 10 pm curfew, and New Yorkers were told to stay home and watch the New Year's countdown on tv.

They also got to witness the unabashed hypocrisy of the mayor and his wife dancing in the empty square.

On CNN's coverage of the limited Times Square celebration, a very drunk Andy Cohen blasted de Blasio. Taking a drink and passing it to Anderson Cooper, he said "I'm glad I brought two bottles of this," as Cooper wretched due, presumably, to the strength of the liquor.

"That's how I felt when I saw Mayor de Blasio dancing just now," Cohen said. "I just don't need to see that at the beginning of 2021! Do something with this city! Honestly, get it together!"

As New Yorkers sat on their couches, they were treated to scenes of their betters, masked, COVID-tested, and media approved, frolic and dance in the midtown square that in a regular year sees hundred of revelers gather in the cold to celebrate the New Year.

Response on social media to de Blasio's massively tone deaf performance was swift and fierce, with many calling for his ouster.