An adult male who identifies as “non-binary” has taken to TikTok to explain feeling euphoric when people are confused about the individual’s gender presentation. 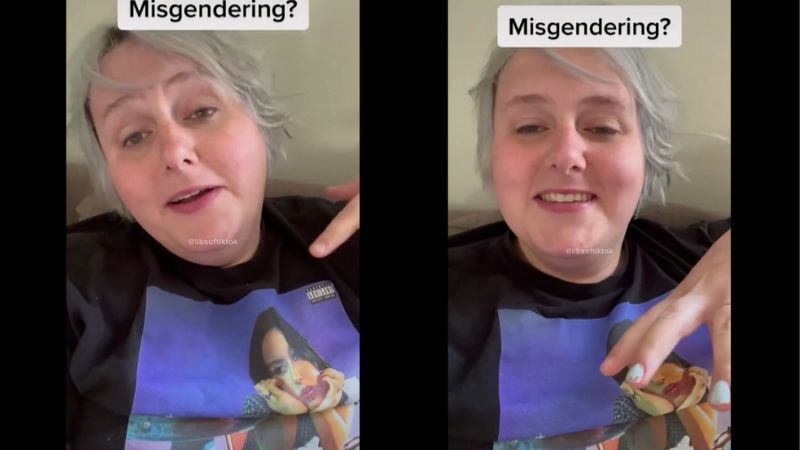 An adult male who identifies as “non-binary” has taken to TikTok to explain feeling euphoric when people are confused about the individual’s gender presentation.

In the short video unearthed by Libs of TikTok, the supposedly sexless being recounts now being identified on the street as a woman “to the point where people call me ma’am, or people call me Miss, or things like that.”


The male whose TikTok handle is @ange_heim says that this is still wrong, because Ange’s identity is non-binary, but that there’s a fun and chaotic part to it.

This fun and chaotic part involves Ange responding to the innocent and polite greeting in the deepest voice possible, “in a way that makes them go, what?”

“I think that my gender is the emotions of straight people being utterly confused,” explained Ange, mischievously. “Like I just want to instill chaos.”

“That’s my pronouns. That’s my gender. That’s my identity. That’s my sexuality. It gives me all the euphoria to cause f*ckery.”

What Ange is describing is the ultimate goal of queer theory. Because queer theorists believe that we are all oppressed by the categories of male and female, man and woman, or adult and child, for example, the way out of this system of oppression is to smash the categories.

Any act of subversion, be it a drag queen reading stories to children or a grown adult presenting in a gender-nonconforming way while adopting they/them pronouns, is seen as a revolutionary act that will liberate society from the supposed oppression of the heterosexual white man.
ADVERTISEMENT
ADVERTISEMENT
TikToker