WATCH: North Carolina man tells Tucker Carlson he was jailed for not wearing a mask on jury duty

"It was the worst 24 hours of my life," Hahn said. "I was refused to make a phone call to my minor child who was home." 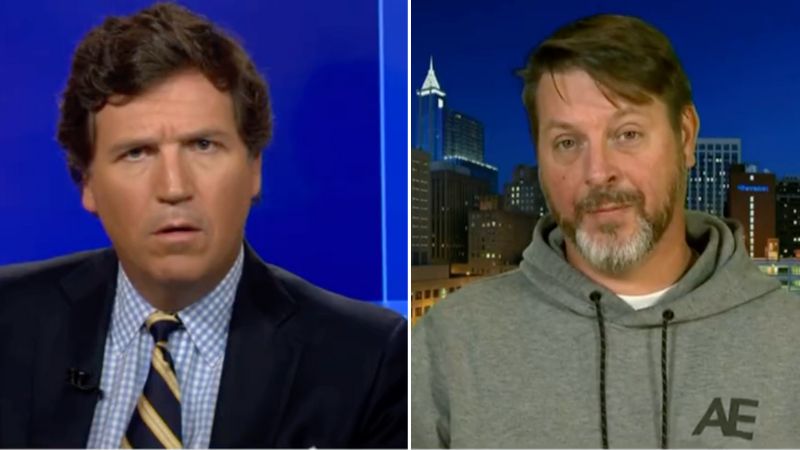 Gregory Hahn, a North Carolina single father and US Navy veteran who was jailed for refusing to wear a mask during jury duty, appeared on Tucker Carlson's Friday night program to discuss his ordeal.

"It was the worst 24 hours of my life," Hahn said. "I was refused to make a phone call to my minor child who was home. I asked to be excused since I wasn't even selected for jury duty yet, it was still orientation. He could've exempted me."

On Monday, Hahn joined nearly 100 other candidates for jury duty at Harnett County court. According to local news, all masks are not mandated in the courthouse, and none of the other jurors were notified that they must wear one prior to entering.

It was a clerk who ordered the 97 possible jury members to mask up after they had already entered. Hahn refused, and was then removed and taken directly before Judge Charles Gilchrist, who was not wearing a mask at the time.

According to Hahn, "The judge then says, 'Mr. Hahn, I understand that you don't want to wear a mask?' And I said 'That's correct.' And he says, 'Well, why don't you want to wear a mask?'" Hahn then explained that there was no state mandate and that the governor lifted the mask mandate on May 4.

The two then got into a back-and-forth where the judge told Hahn, "well, it's my court and I'm going to order you to wear a mask."

47-year-old Hahn again refused, and was explained that the consequences for contempt could be a $500 Fine and up to 30 days in jail.

The single father was given 24 hours in the Harnett County Jail.

Earlier in the segment, Tucker had noted how mask mandates have changed in the country.

"They give the government an excuse to punish people for no reason whatsoever and to sort the obedient from the disobedient," the Fox News host said.

Hahn addressed this, saying, "There was definitely some bias there. I don't think the judge actually was prepared for me to say 'no, I'm still not wearing a mask' after he told me what the punishment was. So he had to go forward with his decision."