"He's either going to resign," Jackson said. "They're going to convince him to resign from office at some point in the near future for medical issues, or they're going to have to use the 25th Amendment to get rid of this man right now." 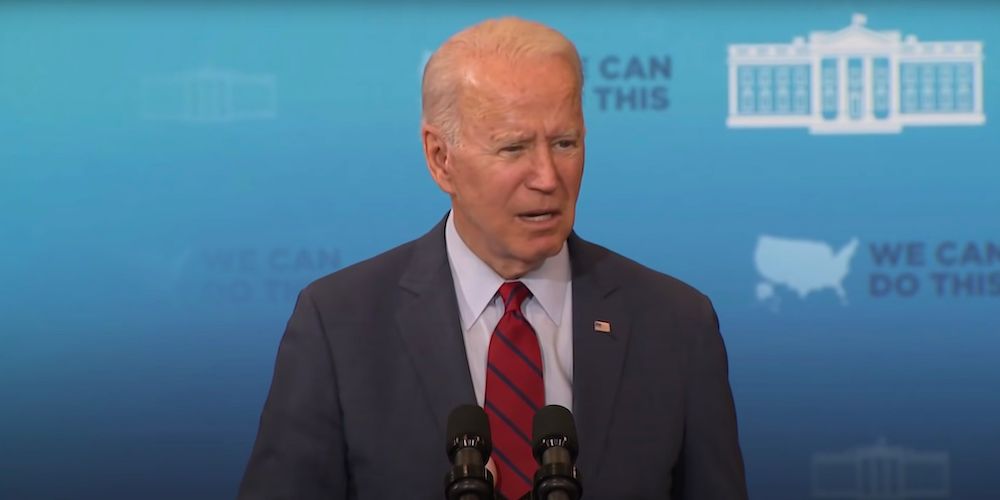 There has long been speculation over Biden's cognitive decline. Jackson, who is now the representative for Texas' 13th district, served in both the Obama and Trump administrations, and knows a thing or two about assessing the health of presidents. He assessed Biden's future on Fox News host Sean Hannity's show:

On Thursday's episode of Hannity's show, Jackson gave his testimony on Biden's mental fitness, and he didn't hold anything back.

Jackson lamented the fact that hardly anybody seems to be pressing the administration on the subject. "Where are the people in our academic medicine that were out there calling for President Trump to have a cognitive test?" Jackson asked. "Where are these people?"

Earlier in July, Jackson himself called for Biden to take a cognitive exam, pointing to an increasing number of instances where the president looked confused.

"He's either going to resign," Jackson continued. "They're going to convince him to resign from office at some point in the near future for medical issues, or they're going to have to use the 25th Amendment to get rid of this man right now."

Jackson fears that America's adversaries are "looking at what's going on in the Joe Biden administration right now and thinking that it is a perfect time to come after us," suggesting that Biden's cognitive state is a "national security issue."

Biden's performance at a CNN town hall earlier this week, along with a history of gaffe-filled speeches, have caused critics to further question his mental fitness.