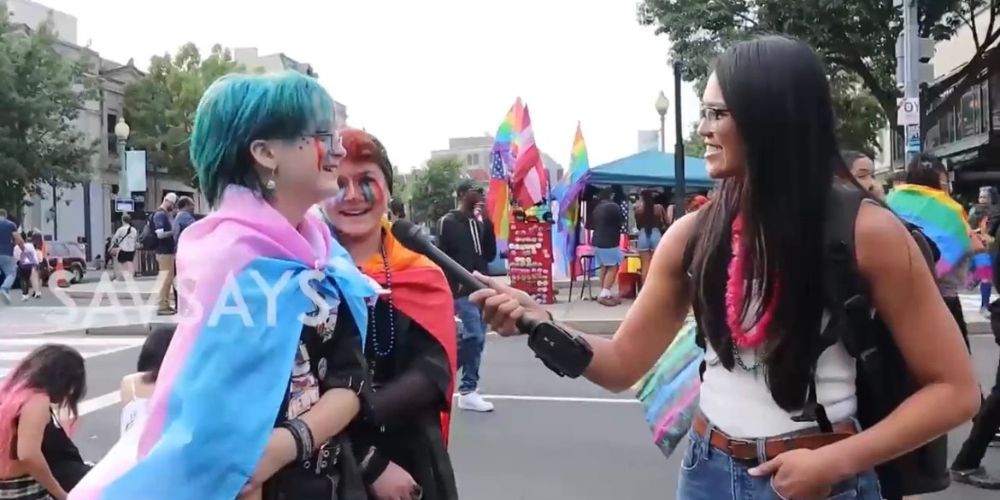 Journalist Savanah Hernandez interviewed a wide variety of LGBTQ community members over the weekend at the Washington, DC Pride parade, and among those interviewed were young teens who expressed some confusion about their gender identity.

On Saturday, Hernandez went around the event asking attendees their gender identities and sexual orientations, which truly brought the LGBTQ nonbinary "umbrella" to life in real time.

"I think it was around like ten as well when I was started questioning if I was bi," another teen explained.

"And since then, it was kind of like a slippery slope because I was like, 'Am I bi, omni, lesbian?' And then I kind of like came to the point... 'am I pan?' But then now I'm starting to realize that I'm queer," the teen told the journalist.

Adding, "I am gender queer, trans masc, and queer."

The teen explained that "trans masc" are individuals amongst the trans community that present themselves as masculine.

The other biological female teen, told Hernandez that they are "trans" and their "sexuality is unlabeled," adding that they "use he/him pronouns."

Moving on from the transgendered teens, Hernandez interviewed two adult biological males who identify as many different identities under the non-binary umbrella.

"Tell us what you guys identify as, Hernandez said. "We're asking everyone here today!"

"Gay as f*ck," one of them responded.

The other said that they identify as a "gay, cisgendered male."

Another attendee, this time a biological female, told Hernandez that they are "gender fluid," adding to the long list of different identities that are among those in attendance.

A biological male, dressed in eccentric clothing, explained to the journalist that it's difficult to choose just one identity when there are many genders to choose from.

Another attendee told Hernandez that he is "homoflexible" and said "I guess you can call me gay. I do like some women but mostly men."

As the viral video neared one million views, Hernandez was once again banned from Twitter.